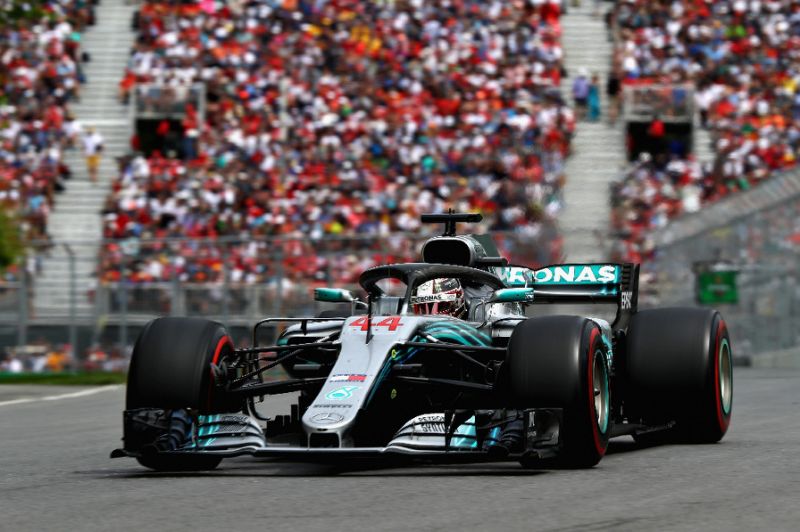 Lewis Hamilton’s Mercedes team need a ‘wake-up call’ after a weekend of mistakes at the Canadian Grand Prix, according to team chief Toto Wolff.

The Austrian said he felt disappointed at seeing Sebastian Vettel of Ferrari winning to regain the lead of the world drivers’ championship on a circuit that has in recent years been triumphant Mercedes territory.

Other teams chose to have seven or eight sets of ‘hyper-soft’ tyres at their disposal, but Mercedes asked only for five.

Asked after the race if he felt any consolation in seeing Hamilton’s team-mate Finn Valtteri Bottas come home second, Wolff said: “No, not at all…”This is a shit result for us. I have to put it like that. It is a strong track for us, but all weekend long we have made little mistakes, from the start.

“The only feeling I have is that we have to wake up.”We fell behind in every respect. This is a track where we should have maximised points – it is not about damage limitation for us.”

He added that there was now a need for a thorough review of the race to see what had gone wrong and if there were to be any consequences in the team.”Yes, that’s necessary,” he said. “We will look at that internally.”

Defending four-time champion Briton Hamilton finished fifth, extending his run of points-scoring finishes to a record 32 races, but he slipped a point behind German Vettel in the title race.

Mercedes came to Montreal intending to introduce a new upgraded engine but chose to postpone it due to reliability concerns while both Ferrari and Red Bull raced with theirs.

They also had problems with tyres choice and wear management. Other teams chose to have seven or eight sets of ‘hyper-soft’ tyres at their disposal, but Mercedes asked only for five.

And during the race, Hamilton was affected by an engine-cooling problem that required an early pit-stop.”I was just really happy to finish,” said Hamilton. “It might have been a lot worse.”Mercedes non-executive chairman Niki Lauda said Ferrari had out-performed his team.

“First of all, we could not use our new engine, which is a part of it,” he said. “But we have to say that Ferrari’s car, as a package, is unbelievable.”Their car is fantastic and the engine, too. Even on fuel consumption, they were going to hell all through the race so I think we have to work really hard now.”

India and France set to intimidate China in Indian Ocean

Will the WTO survive Trump?