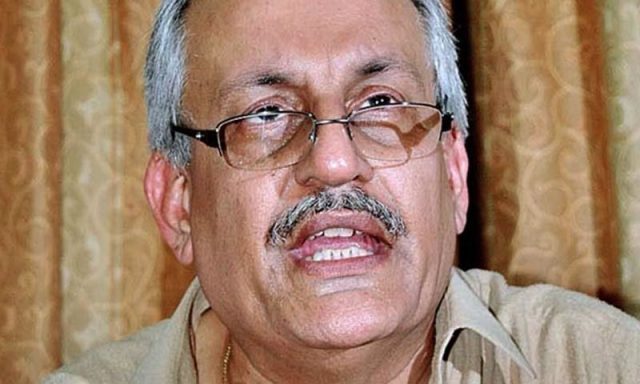 Straightforward, knowledgeable blended with a broad outlook and ability to think beyond party lines Mian Raza Rabbani has acted with utmost sagacity and showed intuitive recognition of challenges faced by all three state pillars in Pakistan.

Read more: Rabbani might not take oath as a Senator due to rifts…

Senator Mian Raza Rabbani, a lawyer, writer and constitutional scholar has co-authored and led the entire formulation process of 18th and 19th constitutional amendments as Chairman Parliamentary committee on constitutional reforms in 2010 which put back the constitution on the right track. Landmark amendments had virtually removed the President’s power to dissolve the parliament unilaterally, turning the country into a parliamentary republic.

The same year he chaired the Aghaz-e-Haqooq-e-Balochistan Committee, mandated to prepare a relief package for Balochistan and present it in a joint sitting of the Parliament. Mian Raza Rabbani was awarded the “Nishan-e-Imtiaz”, the country’s highest civil award, in recognition of his role in accomplishing unanimous parliamentary passage of the 18th amendment and 19th amendment.

His era as Chairman of the upper house of parliament from March 2015 to March 2018 would always be cherished as golden epoch in the parliamentary history. From institutional and governance perspective, progressive reforms have been witnessed but Senate of Pakistan has undergone through huge transformation since 2015 under the chairmanship of Mian Raza Rabbani.

After assuming office in March 2015, he initiated project of “Restoration of the Majesty and Transparency in the Parliament”. The project broadly encompasses five areas out of which three areas are matter of public interest i.e. initiatives related to the House, Committee, and Parliamentary outreach.

An attendance Register has been placed outside the Official Gallery for the purpose of marking of attendance on the Orders of the Day.

Primarily, initiatives related to the house include addition of the tagline “House of Federation” to the Senate emblem in order to reflect the constitutional scheme of creation of Senate in the emblem as it gives equal representation to all federating units and promotes a feeling of equality, peace and harmony. An attendance Register has been placed outside the Official Gallery for the purpose of marking of attendance by the officials/ officers of the Ministries/ Divisions business of which will be on the Orders of the Day.

Moreover, Senate rules have also been amended to ensure that ministers concerned shall, after every three months, appear before the House and make reports on all matters referred by the House and recommendations made by Committees. The Senate has also taken an initiative of discussing all such reports in the House, which are being laid in the House in pursuance of constitutional requirements.

Interestingly, as per previous practices many notices not fulfilling the criteria of admissibility, as stipulated in the Rules of Procedure and Conduct of Business in the Senate, 2012, used to be get ‘killed in the Chamber” now this practice has been discontinued and every such notice in being openly examined in the House before taking any decision as to its admissibility or otherwise. The House Business Advisory Committee has approved the publication of Members’ attendance and information pertaining to pay and allowances of Chairman, Deputy Chairman and Senators on Senate Website.

Second initiative, Committee of the Whole is the entire membership of the House sitting as a committee. Senate Rules have been amended to provide for conversion of the House into Committee (Committee of the Whole House), on issues of National importance, with the power to require the attendance of any person or summon production of papers, record from any Division, department, autonomous body, semi-autonomous body or organization, or invite or summon any person to give evidence in relation to any matter under its consideration.

In this regard, in December 2017, Army Chief General Qamar Javed Bajwa briefed the Senate on crucial security and regional issues including Pakistan’s participation in the Saudi-led Islamic coalition. It was a rare but welcoming move that was welcomed by members across the aisles of the House.

Thirdly, initiatives related to Parliamentary outreach is of utmost significant where  Public Petitions initiative has been introduced according to which drop box on the Senate website has been created where the public has been given access to file petitions on the matters of national and urgent public importance. The public petition process allows ordinary citizens to have direct access to the Senate and participate in the political process. It will raise awareness and put issues on the agenda, which might not otherwise be considered by Parliament.

Foreign Ambassadors, students from various schools/colleges, electronic and print media, Bar Councils/Associations, Labor Unions and other segments of society are being invited on regular basis to visit the Parliament House and witness the proceedings of the Senate along with detailed briefings on the role, functions and working of the Senate.

Throughout his political career, he has dedicated his worthy self to safeguard the rights of individuals, minority groups, and even state institutions through the just principles of federalism and institutionalism. Since his early academic days, he possessed passion for political and social activism which led him to be the founding chairman of the National Organization of Progressive Students. A committed leader of the Pakistan People’s Party, he entered politics in 1981 as an activist of People’s Student Federation and rose to the position of Additional Secretary-General of PPP, party’s Parliamentary Leader, and eventually become Chairman, Senate of Pakistan.

He has kept up a life–long passion for literature and the world of ideas which resulted in form of four books authored by him. In his ground breaking book, LFO: A fraud on the constitutionalism, the senator highlighted how institutions and constitutions are fabricated and distorted in order to accommodate the needs of individuals who are at the helm of the affairs.

Read more: Pakistan: Hard choices ahead for a ‘Soft State’

He opined that grabbing power by such tactics proved to be unsustainable and have no lasting validity. Recently, his book “Invisible People” has been published which has picked characters from everyday life, common men, beggars, shopkeepers, fruit sellers, litigants, factory workers, villagers, local politicians, housemaids, clerks and prisoners. They and may like such characters constitute most of our society yet they are invisible persons rarely noticed by those in power.

Assertive and certain about his commitment to federalism, he strove for the cause of fiscal federalism and provincial autonomy. Possessed with extraordinary legal knowledge coupled with a profound understanding of political philosophy, he showed himself a formidable defender of federalism. Independent in thought, he always stood his ground for his beliefs and never permitted party affiliation to cloud his perception on federalism, devolution and institutional supremacy.

Saud Bin Ahsen is Public Administration & Economics graduate from Punjab University & GCU Lahore and associated with a Public Policy Think Tank Institute. He is interested in Comparative Public Administration, Post-Colonial Literature and South Asian Politics. He can be reached at saudzafar5@gmail.com .

Britain to strip IS teen of citizenship: lawyer