Mir Bizenjo: Playing games with the Constitution will harm Democracy

Addressing a press conference in Karachi, Senator Mir Hasil Bizenjo warned that “playing games” with the constitution will harm the democratic health of Pakistan. He noted that all his senators had voted against Chairman Sanjrani, however, the opposition must launch an inquiry against the 14 turncoat senators. 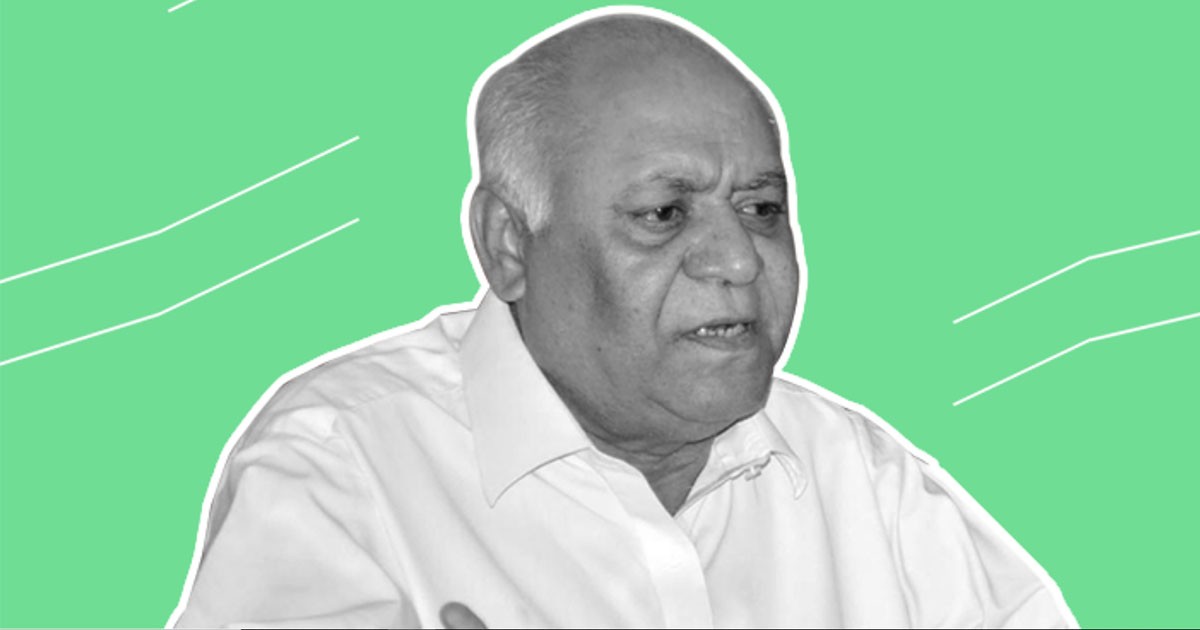 Senator Mir Hasil Khan Bizenjo, Chief of Balochistan’s National Party, stated that he is not unnerved by Sadiq Sanjrani’s win as the Senate Chairman; however, he is worried that “playing games with the state and the constitution” will undermine Pakistan’s democratic health.

Mir Hasil Bizenjo stated that he was aware that pressure tactics and bribes would be deployed to defeat the no-confidence motion against the Senate Chairman.

Responding to a question on the no-confidence vote in the Senate on Thursday, Mir Bizenjo stated that he is not unnerved by Sadiq Sanjrani’s win in the Senate election, however, the games being played “against the constitution” would deteriorate democratic values.

He noted, “The proceedings of the voting process would have shook the spirits of the constitutional founders of Pakistan after seeing the constitution they framed being abused in this manner.” Mir Hasil Bizenjo stated that he was aware that pressure tactics and bribes would be deployed to defeat the no-confidence motion against the Senate Chairman.

He noted that Jahangir Tareen’s aircraft was busy doing rounds of Pakistan throughout the no-confidence motion proceedings, as it was during the formation of the federal and Punjab governments. Bizenjo said, “Pakistan Tehreek-i-Insaf has a tradition of horse-trading.”

Mir Hasil Bizenjo, the opposition’s joint candidate to replace Sadiq Sanjrani for the position of Senate Chairman, addressed a press conference in Karachi.

The Chief of Balochistan National Party (NP) noted that the opposition reserves the right to pass another no-confidence motion against Senate Chairman Sanjrani, however, such a decision can only be made at a multi-party meeting, which will be called in the near-future. He said, “We are not motivated towards de-seating Sadiq Sanjrani, however, we are anxious that certain elements seek to attack the credibility of the Upper House.”

Responding to a question on the opposition’s disastrous defeat in the Senate, Bizenjo noted that all the senators from the NP had voted against Sadiq Sanjrani. He advised the opposition leadership to launch an inquiry against the disloyal senators, and demand their resignations.

Read more: Why does opposition want to remove Chairman Senate?

Senator Mir Bizenjo has been summoned by a Gujranwala court on 8th August to provide an explanation for the accusations he has levelled against Lt Gen Faiz Hameed, DG Inter-Services Intelligence (ISI), accusing him of being orchestrating opposition’s defeat in the Senate.

Responding to a question on the opposition’s disastrous defeat in the Senate, Bizenjo noted that all the senators from the NP had voted against Sadiq Sanjrani.

Bizenjo had said that ISI Chief Lt Gen Faiz Hameed’s “people” were involved in the humiliating defeat of the opposition to de-seat Senate Chairman Sadiq Sanjrani. The petition was submitted by a lawyer, Manzoor Qadir Bhinder, and it was accepted by Additional Sessions Judge Tariq Saleem Chohan, who directed the Gujranwala City Police Officer (CPO) to provide a report on the case.

Petitioner Manzoor Qadir has noted that after his defeat in the Senate, Mir Hasil Bizenjo levelled “baseless and false” accusations against the chief of a premier state institution. Manzoor Qadir added that these accusations were a bid to discredit one of the leaders of the Pakistan Army.

The petitioner requested the court to order CPO Gujranwala and the Civil Lines police station to launch a case against Mir Bizenjo. The court has also dispatched a notice to the Senate Secretary, to make sure Senator Bizenjo appears in court for his summons.

Earlier in July, the opposition had submitted a joint no-confidence motion against Senate Chairman Sadiq Sanjrani, and nominated Mir Hasil Bizenjo as the candidate to replace him. However, on Thursday, the opposition was served a humiliating defeat, when its own senators refused to vote against Chairman Sanjrani.

Bizenjo had said that ISI Chief Lt Gen Faiz Hameed’s “people” were involved in the humiliating defeat of the opposition to de-seat Senate Chairman Sadiq Sanjrani.

In an embarrassing turn of events, many opposition senators were also seen deliberately wasting their votes. Despite having a majority in the Parliament’s Upper House, the opposition failed to de-seat the Senate Chairman.

Strolling out of the Senate after his demeaning loss, Mir Hasil Bizenjo was accosted by a swarm of journalists, questioning him about the 14 defectors who had voted against his appointment as the Senate Chairman. Mir Hasil Bizenjo said, “These were all Gen Faiz’s people. Do you know Gen Faiz, the Chief of the ISI? They were his people.”

No words to condemn these words. Its like when you loose, you just loose your mind and simply dont know anything what to say.

Instead of taking action against your own members who backfired, you started targeting Armed Forces pic.twitter.com/bqZlt86QMj

Jan Achakzai, Chairman of the Center for Geo-Politics and Balochistan, condemned Mir Hasil Bizenjo’s “wild charges on ISI” and reprimanded the authorities for not reacting sternly. Achakzai demanded, “Why he has not been arrested as yet? Without any proof institutions maligned.”

The Baloch analyst observed, “It is fashionable by many politicians 2 indulge in hate speech against the Army.”

Authorities should have strongly reacted 2 #HasilBizenjo’s wild charges on #ISI in Senate elections.

Why he has not been arrested as yet? @peaceforchange.

W/ out any proof institutions maligned.