As the army recently signaled taking legal action against PTM leadership, the police registered FIR against MNA Ali Wazir and other PTM leaders on the basis of an intelligence report and other sources for hatching criminal conspiracy against Kurram Tangi Dam and for protesting and chanting slogans against state and security forces. 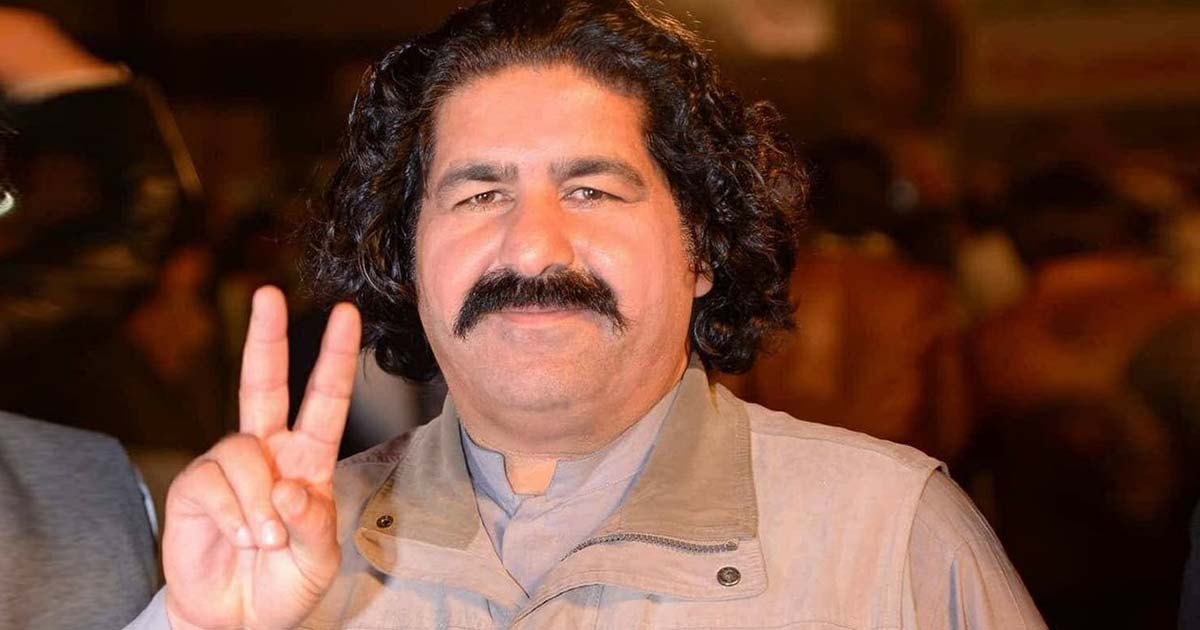 A sitting Member of National Assembly (MNA) Ali Wazir and several other leaders of Pashtun Tahafuz Movement (PTM) have, inter alia, been booked on charges of inciting people to revolt against the armed forces and building of the Kurram Tangi Dam in North Waziristan.

As the army recently signaled taking legal action against PTM leadership, the police booked the minister and others on the basis of an intelligence report and other sources for hatching criminal conspiracy against state and for protesting and chanting slogans against state and security forces.

The case has been registered against Wazir, Riaz Khan, Qasim Khan and 9/10 unknown persons under sections 120-B (punishment of criminal conspiracy), 506 (punishment for criminal intimidation), 189 (threat of injury of public servant), 148 (rioting, armed with deadly weapon), 149 (every member of unlawful assembly guilty of offence committed in prosecution of common object), 500 (punishment for defamation), 504 (intentional insult with intent to provoke breach of the peace) of the Pakistan Penal Code read with Section 16 (dissemination of rumours, etc.) of the Maintenance of Public Order.

Read more: PTM Funding: The Role of RAW-NDS, Wealthy FATA Diaspora in the…

On May 1, the FIR states, the PTM leaders gathered youth, PTM workers and others at the Shawa Chowk and provoked them against the Kurram Tangi Dam. While addressing the public rally, it read, the leaders chanted anti-state slogans and incited people against the armed forces.

The FIR states that the intelligence report would be considered an inherent part of the case. The DPO stated that the case has been registered as the suspects have allegedly incited people to revolt, shouted slogans, delivered hate and provocative speeches, which is a threat to national security.

PTM is a rights-based alliance that, besides calling for the de-mining of the former tribal areas and greater freedom of movement in the latter, has insisted on an end to the practices of extrajudicial killings, enforced disappearances and unlawful detentions, and for their practitioners to be held to account within a truth and reconciliation framework.

On April 29, the Inter-Services Public Relations (ISPR) Director General Maj Gen Asif Ghafoor had indicated about taking legal action against the PTM leadership saying “their time is up.” The ISPR DG had accused PTM of getting funds from Afghanistan’s secret agency, National Directorate of Security (NDS) and India’s Research and Analysis Wing (RAW).

“On the PTM website, they have got a number that states the amount of funds they have collected from Pashtuns around the world,” Gen Ghafoor said, “but tell us how much money did you get from the NDS to run your campaign? How much money did RAW give you for the first dharna in Islamabad?

While questioning the political movement regarding the source of their funding, he had said: “what revenge are you seeking from the army.” He had made it clear that no one can fight with the state and the restraint was being shown only because army was told to deal gently with PTM since day one.

Responding to ISPR DG’s press conference, PPP Chairperson Bilawal Bhutto Zardari said that Prime Minister Imran Khan should not let ISPR’s DG to make political statements. He was of the view that the PM should let the education, foreign and other ministers to make statements about any developments in their domain. He said the PM should empower the appointed ministers of different departments.

After a meeting with a PTM delegation in Islamabad, the PPP chairperson said that there should be no restrictions on freedom of speech. PPP leaders Bilawal, Asif Ali Zardari, Raja Pervez Ashraf, and Farhatullah Babar met the PTM delegation while Mohsin Dawar, who had been elected an MNA from North Waziristan, and Gulalai Ismail represented PTM in the meeting.

Read more: Not PTM but few individuals working against the state: COAS

Bilawal said the government should encourage Khyber Pakhtunkhwa’s youth to join politics. “We are fortunate that the youngsters of KP are not going towards terrorism, but support democracy,” he said.

Anadolu - 29 May 2021
Authorities have not disclosed the patient's location, however, Indian envoy's wife tested positive for coronavirus last week

Copy our peace initiatives too along with our songs: Afridi schools Indian politician

Op-ed: To NRO or not to NRO