Modi: Caught between coronavirus and Muslims

Coronavirus will go away in a year or so, it might take away the centuries of brotherhood between Muslims and Hindus, which has been already at stake over the years. According to terrorism expert Thomas Hegghammer Muslims fear terrorism more than the pandemic. 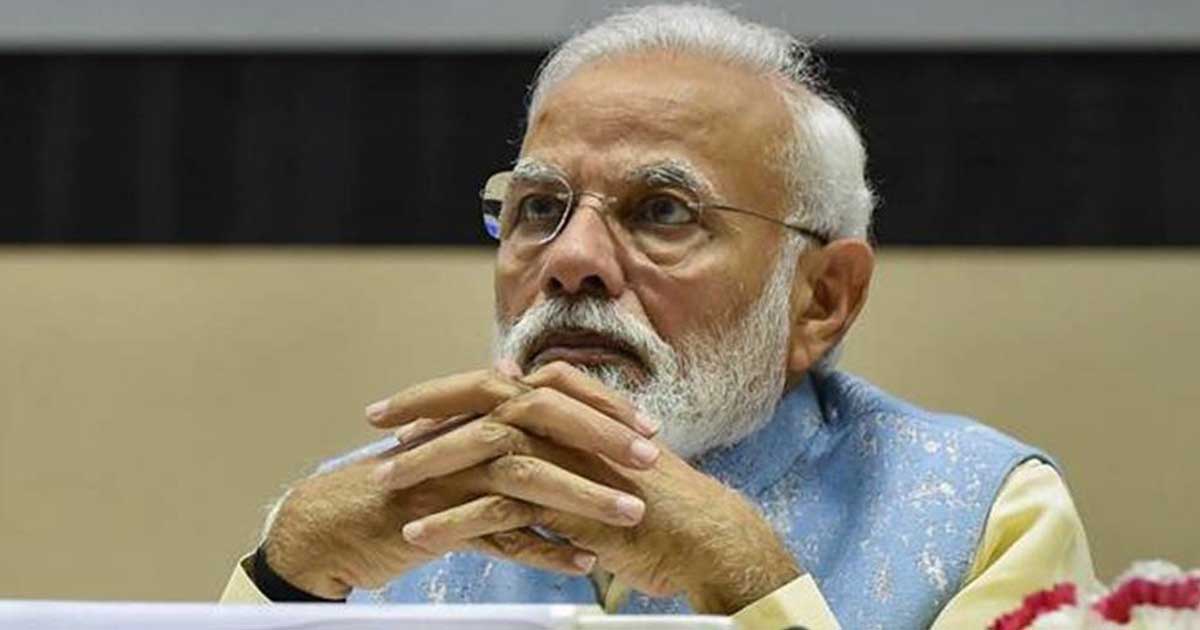 There is a high watermark of the tide of the deluge that has swept through India in the name of coronavirus, which is currently raging in India. From Assam to Kernataka and Delhi to Telangana. More than the pandemic it is hatred, that is sown far and wide. Momidul Islam in Golaghat, Assam remarks that “The virus will go away in a year or so, but I hope it doesn’t take away the centuries of brotherhood between Muslims and Hindus.” This is the net result of what happened in 2002 in Gujarat and now being experimented on the length and breadth of the country. It is the cherished dream of a Hindu Rashtra envisaged for 2024.

Read more: Approaching Apocalypse under watch of “Divider-in-Chief” of India

The self-aggrandizing tenets of the Modi doctrine

PM Narendra Modi has earned a reputation in the majority population of a hardliner who rejects appeasement, which has been nursed against the Muslims. He calls them dirty, an eyesore in their greasy attire, and by the roadside, a puppy coming under the car in which he is being driven. Furthermore, he has the reputation of punishing honest cops who tried to help the beleaguered Muslims, and getting cops who were pliant to him out of prison is a monument of suborning justice. Even now there is a case pending before SC which if comes to a logical conclusion of crime against humanity, he would go to prison—the first PM to achieve such distinction.

The observation of Noam Chomsky that there was a large scale simulation in October 2019 of a possible pandemic of this kind, caught both friends Donald Trump and PM Narendra Modi napping. It would mean in other words that the scientists were developing a model for a whole year. The duo had scanty respect for such a study. But for Modi it was highly unthinkable that Delhi was reeling with the smog and that there was a deterioration in the quality of air. He was preoccupied with winning election, snatching the citizenship rights of the Kashmiris and introducing bills that would mean colossal anxiety in the people for their future in India.

Simultaneously, he was carrying on the juggernaut of building a sky-high temple of Ram on the site where Babri mosque once stood to enhance his self aggrandisement. In a research finding published on March 29, 2020 it was found: “A national lockdown is not productive and could cause serious economic damage, increase hunger, and reduce the population resilience for handling the resilience peak.” Further the report warned that social distancing rather than lockdown, will hold the key in flattening the virus curve in the coming months.

Read more: The Terror Of Modi Regime, Who Can Wash It Clean?

Covid-19 is a pandemic and its becoming widespread is in no way either Indian or has anything to do with religion. Then why is there hullabaloo over stigmatizing Muslims, their ostracization, and boycott. Why are they being placed under a discriminatory lockdown?

“The virus generates much the same fear and anxiety caused by terrorism, but it is brought by nature, not by humans. And it demands a different response: staying alone.” This is true. But the fact is that elected representatives don’t represent common Indians. The Indian PM Narendra Modi is reputed to have brought about pogroms against Muslims in 2002. For this the US refused him a visa for more than a decade but unsurprisingly trade considerations came first and the Americans issued him a visa.

There has been no change in Modi despite diplomatic détente. He has seized every opportunity to replicate the pogroms. This happened in the 2013 election in Muzzaffanagar where around 60 Muslims were raped, murdered and burnt alive as in 2002. The same was seen at an event when Trump was being accorded a farewell at the capital.

It was immensely dangerous to be Muslim in #India 🇮🇳 before the pandemic.

Now, with the virus being called “Corona Jihad” and and Muslims being blamed for its spread, the danger is unimaginable.

How Amit Shah asked Muslims to press the voting button would go on to hurt Muslims during the 2020 elections in Delhi. These are instances of terror. Not just Shah, Modi even allowed Anurag Thakur, Kapil Mishra and others to perform such acts of terror. He kept his silence. No PM in the world has done this. Compare him with New Zealand’s PM. His cohorts shouted that Muslims are the traitors and should be shot dead. Their ‘rhetoric’ and ‘bluster’ killed so many but Modi’s calculated reticence held sway. Muslims of India fear Modi more than anyone else.

According to terrorism expert Thomas Hegghammer people [like the minority Muslims in India] fear terrorism more than the pandemic. He lived in Oslo when Anders Behring Brevik killed 77 fellow Christians in July 2011 to let his apprehension about the Muslims and feminists manifest. This was communalism.

PM Narendra Modi has earned a reputation in the majority population of a hardliner who rejects appeasement, which has been nursed against the Muslims

Regrettably, former CM Fadnavis of BJP in Maharashtra uttered words like manavi bombs or human bombs about the Muslims. This could incite communal violence in the state on a scale that was never seen before. This is the Indian terminology of the Hindu Muslim divide. That is ascribing the pandemic to the minority Muslims who have already been attacked and injured even if they sneezed, coughed or spit in Hindu areas.

“While the COVID-19 pandemic is first and foremost a health crisis, its implications are much more far-reaching. The pandemic also poses a significant threat to the maintenance of international peace and security — potentially leading to an increase in social unrest and violence that would greatly undermine our ability to fight the disease,” UN Secretary-General Antonio Guterres’ concern in the UNSC is very pertinent. There is an attempt to divide and create turmoil in India.

The point that Modi govt missed was that his majority in Parliament should have heeded in, what Amartya Sen reminds “Listening is central in the government’s task of preventing social calamity — hearing what the problems are, where exactly they have hit, and how they affect the victims. Rather than muzzling the media and threatening dissenters with punitive measures…”

A parliament turned into pandemonium is a blind alley that leads to the pandemic in the dark. What else is this when Muslims of India have to hide in the fields for the fear of their lives and their houses barricaded by bamboo so that they are not allowed to stir out. Their right to freedom is trammeled under the feet of the majority.

Monsoon in India to add insult to virus injury