Modi's charm in the US is wearing off as writers from the famous publication in the US have started writing pieces against the economic, political and social policies of the Modi government. Modi's Hindutva ideology is failing him internationally. 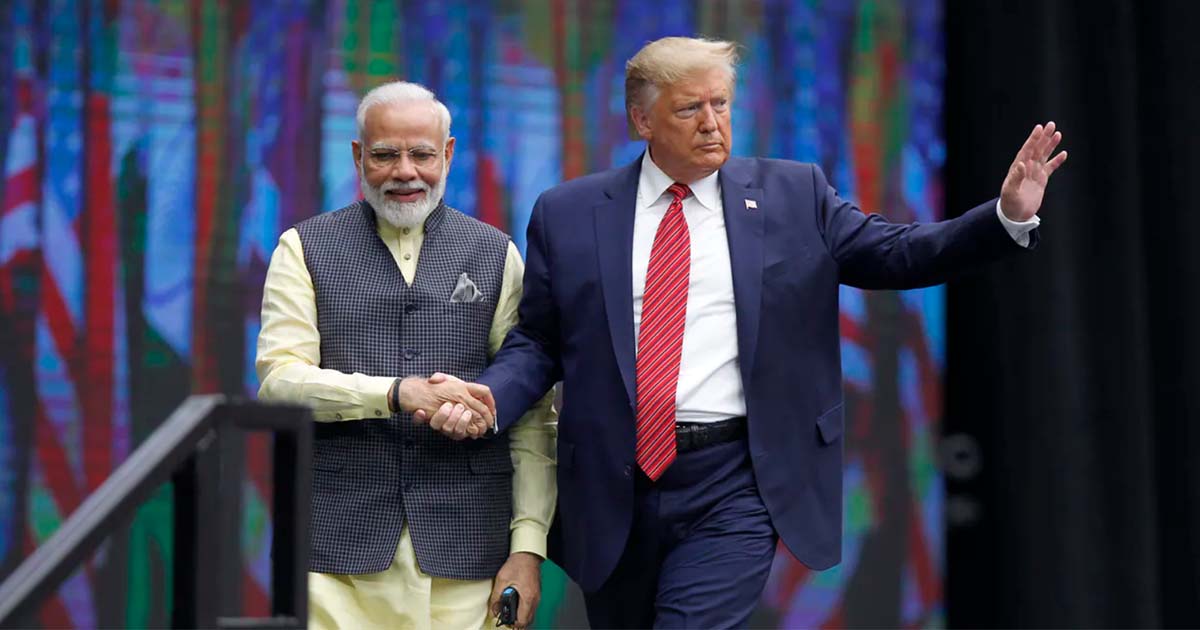 The scathing attack on Prime Minister Narendra Modi in the recent weeks by two prominent writers in the US — the Washington Post’s Max Boot and the New Yorker magazine’s Dexter Filkins — is the latest indicator underscoring that the tide of American liberal opinion regarding India’s political economy has turned trenchantly critical, bordering on the unfriendly.

Boot and Filkins are influential writers and the publications with which they are associated are immensely prestigious, which makes them powerful opinion makers in America. Modi’s acolytes — the ‘core constituency’ — may shrug shoulders and smirk, ’Who cares?’ But it does matter in an interconnected world that India is getting increasingly marginalized in the mainstream democratic, liberal world opinion.

Broadly speaking, the criticism about India conflates a number of different economic, political and social issues. But a common thread is appearing, which is that Indian democracy has come under threat through the era of Modi’s leadership during the period since 2014.

Modi has been a controversial figure in the US, harking back to his decade as Gujarat’s chief minister and his blacklisting for the visa by the state department following the anti-Muslim riots of 2002.

Without doubt, the lurch toward Hindutva in India’s domestic politics, which has taken an unabashedly ‘anti-Muslim’ overtone, coupled with the government’s move to ‘integrate’ Jammu & Kashmir — plus the countless day-to-day beastly happenings taking place in our country indicative of the breakdown of rule of law and constitutional order and the degradation of democratic values — have jogged the memory, so to speak, of the western liberal opinion regarding Modi.

Make no mistake, the growing international perception is that the Modi government is muzzling the media, controlling the judiciary and imposing the ‘Hindu Rashtra’ by hook or crook. On the other hand, the stagnant Indian economy limits the Modi government’s scope to make itself useful for President Trump’s ‘America First’ project.

As for the foreign-policy agenda to ingratiate the ruling elite by tilting toward the Trump administration’s ‘Indo-Pacific strategy’, it has serious limitations too.

Despite the tall rhetoric by the two sides, the plain truth is that at the end of the day when the hurly-burly of the ‘Quad’ is done — or if the Kashmir valley becomes uncontrollable — Delhi has to grapple with the geopolitical reality of the Sino-Pakistani axis, where the US and Japan or Australia will be of little help.

Against this backdrop, what is truly having a multiplier effect today is the Howdy Modi spectacle in Houston in September. It has proved to be a hare-brained scheme. The Indian establishment should not even have tried to pander to Trump by Modi openly soliciting votes from Indian-Americans for his re-election in the November 2020 presidential election.

Modi has been a controversial figure in the US, harking back to his decade as Gujarat’s chief minister and his blacklisting for visa by the state departmen

For a start, Howdy Modi stemmed from a pompous assumption by the Sangh Parivar that Indian Americans are zombies. Second, apart from the sheer incongruity of the prime minister of India meddling in the domestic affairs of another country, the Indian establishment underestimated the civil war conditions in American politics.

The point is, Trump is a highly toxic subject today in American politics and one half of his country rejects him. Just as the Indian establishment rooted for Hillary in 2016, it now seems to estimate that Trump’s re-election is a foregone conclusion. The net result is that the Howdy Modi put a dagger into the heart of the ‘bipartisan consensus’ in the US regarding the relations with (Mody’s) India.

The telling evidence of it is the submission of a ‘bipartisan’ draft resolution in the House of Representatives in Washington on Friday, December 6 — curiously, the anniversary of the demolition of Babri Masjid — calling, amongst other things, for the visit of international observers to monitor the human rights situation in Jammu & Kashmir.

Max Boot’s article implies that in the opinion of one half of America, Modi stands comparison with the figure they despise most, Trump, who they regard to be the personification of bigotry and a peddler of lies and falsehoods, who cultivates nationalism, xenophobia, and racism to perpetuate his grip on political power.

Equally, India finds itself being bracketed with Poland and the Philippines as part of a global trend of illiberal rulers undermining democracy.

Poland’s ruling party Law and Justice is notorious for its hateful far-right positions on what it calls the ‘LGBT ideology’ — their variant of our ‘Khan Market Gang’ — and its refusal to tolerate dissent, and the all-out campaign it is waging against media freedom, judicial independence, and minorities, while the incredibly popular Philippines President Rodrigo Duterte has the reputation for being a ‘strongman’ who promotes violence and vicious death squads.

Situation in Kashmir ‘must improve’, says Merkel in Delhi