Modi government banned Asianet News and Media One for 48 hours - a blatant fascist decision. The government banned these channels because they exposed BJP-RSS nexus involved in Delhi violence. The ban on media depicts fascist tactics that Hitler and Mussolini incorporated to fight dissent. Hindustan will continue to witness Goebel's principles under the Information Ministry of India. 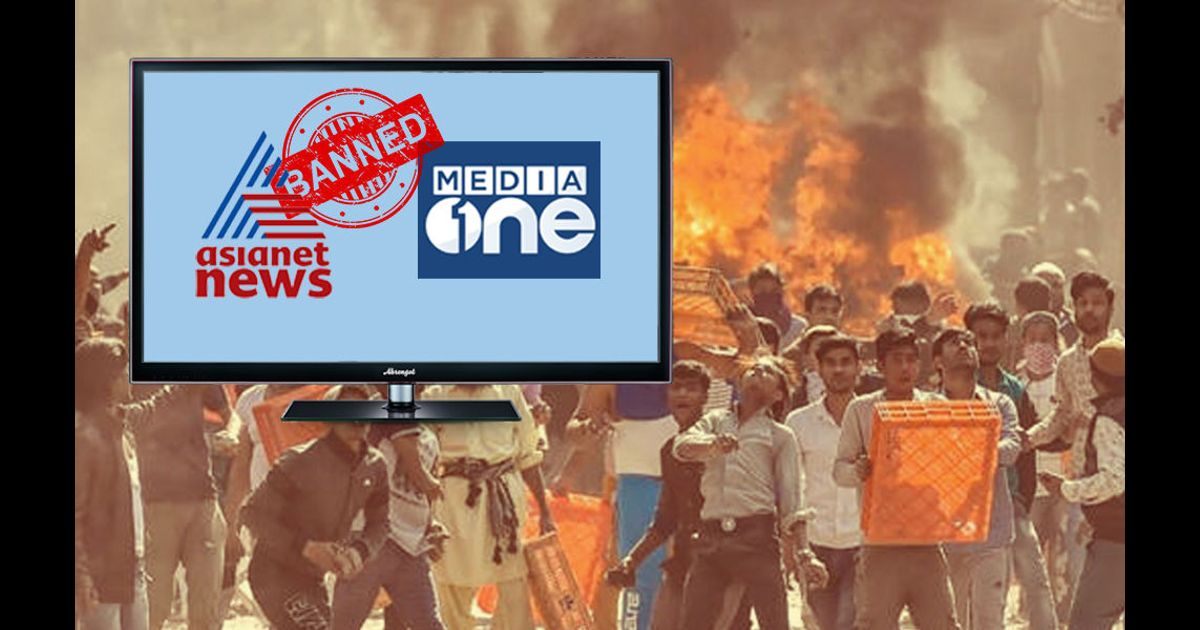 A blackout of Asianet News and MediaOne was ordered on Friday but lifted after an outcry from opposition groups and protests by the channels to the information and broadcasting ministry.

“Our basic belief is that press freedom is essential in a democratic set-up,” Javadekar told reporters when asked about the move.

A government order had accused the channels of covering last month’s deadly riots in the capital “in a manner that highlighted the attack on places of worship and siding towards a particular community”.

At least 50 people were killed in Delhi’s worst sectarian violence in decades, over two-thirds of them from India’s Muslim minority, according to hospital lists.

Mosques were burnt and vandalized along with shops, and 35 Muslims and15 Hindus were killed.

MediaOne called the ban “a blatant attack on free and fair reporting” and an “unprecedented and undemocratic action”.

It also said it was penalised for criticising Delhi police and the Rashtriya Swayamsevak Sangh, a Hindu nationalist group close to Modi’s ruling right-wing party.

Indian governments have long been sensitive to media coverage and criticism, analysts say.

In 2016, officials banned NDTV’s Hindi-language channel for 24 hours for broadcasting details of an attack by militants on an air force base.

The government also banned Qatar-based channel Al Jazeera for five days in 2015 for displaying a map of the disputed Kashmir region deemed incorrect.

Last year a journalist was jailed over derogatory comments made on social media against a chief minister from Modi’s party.

The latest ban sparked an outcry from opposition parties.

“All democratic minds should unite to voice against this fascist decision,” Ramesh Chennithala, a senior member of the Congress party, said on Facebook.