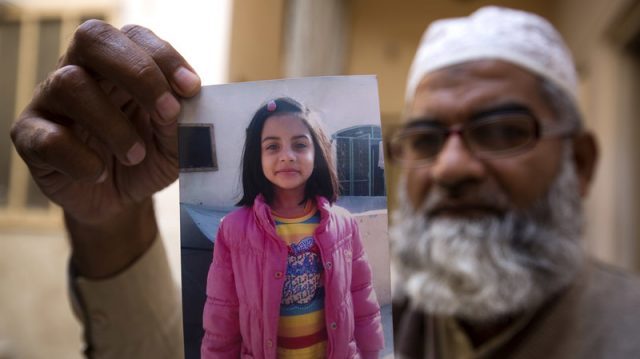 On a victorious note, justice has been served in the Kasur pedophilia serial case that was brought to light with the minor girl raped and killed in Kasur in January this year, sparking protests worldwide. In a trial held inside a prison, an Anti-Terrorism Court (ATC) on 7th August, handed Imran Ali, currently incarcerated and on death row for the rape and murder of six-year-old Zainab Amin in addition to the death penalty on five or more counts for the rape and murder of two other girls. Ali, a resident of Kasur, had confessed to having been involved in at least nine incidents of rape-leading-to-murder of minor girls, including Zainab, subsequently in the Zainab case investigation.

He was also ordered to pay a fine of Rs1,500,000 and Rs75,000 under daman (compensation determined by the court to be paid by the offender to the victim for causing hurt not liable to Arsh, the compensation specified for offenses relating to various kinds of hurt). Failure to pay the fines will result in an additional six months of imprisonment.

Ali had filed for an appeal against the Zainab case death penalty verdict in June 2018, GVS earlier reported. The Supreme Court (SC) rejected the appeal of convicting Imran Ali against the death sentence handed to him.

Death in Afghanistan or bitter life in Pakistan: refugees’ choice