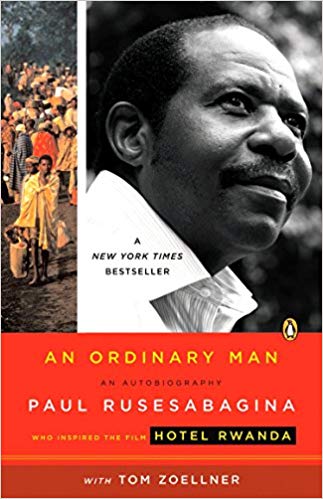 Shiffa Yousafzai |
Just when we had started to feel that law and order situation has improved in the country in general and in KPK in particular, we are suddenly struck hard with the reality. A disturbing news of a man – perhaps an ordinary man, but an ordinary man important to the politics of Pakistan – murdered in Lakki Marwat has started scrolling up and down our news feeds. The deceased is said to be Noor Zaman, the former personal assistant to the controversial MNA from Pakistan Tehreek e Insaf – (though the lady doesn’t hold any affiliation with the party anymore; yet she retains its nominated seat in National Assembly, thanks to a strange decision by Election Commission).
Noor Zaman was shot dead in Lakki Marwat district by unidentified men who opened fire on him while riding motorbikes.
Read more: Ayesha Gulalai refuses to leave seat and claims forming splinter group…
Sources told that the attackers chased Noor Zaman for quite sometime before opening fire on his car. And the family of the deceased has named Umer Khan, Shaban, Syed Alam and Awal Khan of the Dawar Khel tribe as prime suspects.

KP Police learn from the intriguing unfolding saga of “Qandeel” murder by “brothers” but apparently under the influence of Maulana Qavi” remains to be seen.

Noor Zaman has a place in Pakistan’s recent political history. He was the one man, who had claimed and admired to have supported PTI MNA, Ayesha Gulalai in her “rags to riches story”. He told the media that he had taken bribes and commissions on Ayesha Gulalai’s behalf. The first question that the man was asked during his press conference where he revealed all these nasty secrets of Ayesha’s politics in the province was that why did he stay silent all that time. To which he answered that “Ms. Gulalai had promised his son a government job”.
The man once was thus Ayesha Gulalai’s partner in crime. But a few months ago, he filed a corruption reference against her. The corruption reference, however, was rejected by KP-NAB for the reason that it lacked evidence – except for his statement (though Supreme Court continues to hear cases against Imran Khan brought by Mr. Hanif Abbassi, merely on the basis of his accusations; but unlike Mr. Abassi, Noor Zaman was once a confidant of Ms. Gulalai).

The rift between Noor Zaman and Ayesha Gulalai became official and public, in last few months, when Ayesha Gulalai accused Imran Khan of sending inappropriate text messages to her – a few years ago.
Although police have declared that Noor Zaman’s murder appears to be a result of a family dispute and personal animosity; speculations have led towards different viewpoints and people have started looking at it from various angles. Many wonders if there might be a political context to this murder. After all, both Ayesha and her father were being openly accused of corruption by this man – and things were pretty nasty between them. PTI’s spokesperson Fawad Chaudhry tweeted and tried to bring in the political angle, and veiled references towards Ayesha Gulalai, when he said that, “The whistleblowers must be protected.”
Read more: Isn’t Ayesha Gulalai lying?
Another spokesperson of PTI, Zartaj Gul Wazir tweeted, “Noor Zaman was brutally murdered in Laki Merwat for bringing proof of Gulalai’s corruption. Something deep down is not right”.

Noor zaman was brutally murdered in laki Merwat for bringing proof of gulalai s corruption.
Something deep down is not right..
— Zartaj Gul wazir (@zartajgulwazir) October 29, 2017

Moreover, there have been other incidents, in recent months, where apparently the murder or assault didn’t look as twisted, to begin with – as it would later look. Qandeel Baloch’s murder at first was suspicious. Then it came to our knowledge that it was her own brother Muhammad Waseem, who strangled her to death in the name of honor.
The story then looked settled – we really wanted to believe in the evil brother; “honor killings” dominate our imaginations anyway, thanks to western narrative shaping, and funded NGO’s that control our minds. But then her murder plot took another turn, like an “Agatha Christie Novel” when Mufti Qavi had to appear before the court regarding Qandeel’s murder. And when Mufti Qavi was denied bail before arrest he escaped with the help of a few lawyers. The Judge gave the directions for the arrest of Mufti Qavi and the Mufti was later arrested on the highway near Jhang. Police have now Mufti Qavi’s name as a suspect in the case of Qandeel’s murder – and apparently, he has flunked his “polygraph test”.

The rift between Noor Zaman and Ayesha Gulalai became official and public, in last few months, when Ayesha Gulalai accused Imran Khan of sending inappropriate text messages to her – a few years ago.

Mufti Qavi was shamed and defamed when Qandeel released her selfies with Mufti on social media. That’s when the Mufti became a subject of ridicule, so it is not easy to rule out that Mufti might have paid Qandeel’s brother or have influenced him in any way to kill his sister Qandeel in the name of honor – in any case, this is what Qandeel’s father has accused and this is what the prosecution is now leading up to – inch by inch.
Read more: Sinners judging Sinners for Sinning differently
Similarly, the beating of Ahmed Noorani, senior reporter for The News International, a couple of days back is also a case that seems too complex to comment on. Some factions believe that given Noorani’s description to police that attackers tried snatching his phone means it could merely be a mobile snatching incident that got him severely beaten up. But, Islamabad is one of the cities of Safe City project and hundreds of cameras have been installed for the surveillance and security of the city but Police couldn’t find the unmarked bikes. This is what makes it look beyond mobile snatching incident.
Prior to this attack, Noorani had deactivated his Twitter account which already created a plot for speculations. Some factions of media believe that he has been beaten up as a warning for his writings and tweets have been controversial and might have upset many. His media group, claimed on Monday, that it was a murder attempt – so clearly they don’t believe that it was a mugging. While the opponents and critics of Imran Khan and PTI have tried connecting the dots with the video of PTI criticizing Noorani. Rana Azeem, the president of PFUJ has indirectly pointed a finger at IB (Intelligence Bureau) by saying that the attack on Noorani appears to be from an agency that works directly under the Prime Minister.
Prominent TV Anchor, Mohd Malik argues that this looks like “Agency warfare” – with one agency doing an act in a fashion that blame can be put on the other. After listening to these well-argued statements many have started to believe that this could also be an effort of IB to undermine and malign ISI – since its always easy to blame ISI for such things. But definitely things are not much clear and we can just hope that with time and further investigations, we could get some clarity on what really happened, and who actually benefitted from attacking Noorani.

Noor Zaman was shot dead in Lakki Marwat district by unidentified men who opened fire on him while riding motorbikes.

Similarly, the mysterious murder of Noor Zaman, that too when he was immensely significant to KPK’s politics, is a test case for the KPK’s exemplary Police – especially after reforms. The culprits must be found and apprehended as soon as possible. And if there are other people or political elements behind this murder, which has a clear political impact, then whosoever is behind this brutal act of callousness should be exposed – and punished. Will KP Police learn from the intriguing unfolding saga of “Qandeel” murder by “brothers” but apparently under the influence of Maulana Qavi” remains to be seen. If there is a lingering “mystery” to Noorani’s beating in Islamabad then there certainly is a greater mystery to the far serious crime of murder of “Noor Zaman” – he may have been an ordinary man but he had an extraordinary political impact.
Shiffa Yousafzai is a freelance writer; She is an International Alumni Ambassador for Manchester Metropolitan University, UK, where she studied Multimedia Journalism. Earlier, she graduated with business and marketing at Air University, Islamabad. She had been vice-president Air University Cultural Society; She is a singer and has performed in cultural events. Shiffa could be followed on twitter @Shiffa_ZY and on facebook @Shiffa Z. Yousafzai. The views expressed in this article are the author’s own and do not necessarily reflect Global Village Space’s editorial policy.

PTI vs PML-N : Round two to kick-off soon.

Will US dump India over its atrocious treatment of minorities?