Musharraf to face the court; interior ministry directs NADRA to block his NIC 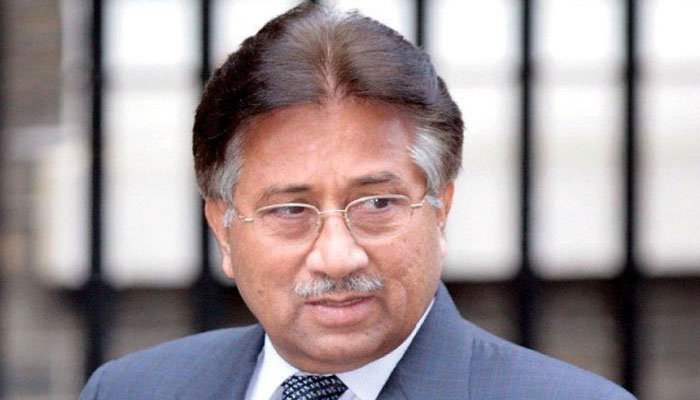 The interior ministry has directed the National Database and Registration Authority (NADRA) to block the National Identity Card (NIC) and passport of the former President General (retd) Pervez Musharraf. Pervez Musharraf is wanted in the high treason case who has failed to appear before the court. A special court recently ordered the interior ministry to block Musharraf’s NIC.

As the former President’s NIC has been blocked he won’t be able to leave the country or withdraw money from his bank accounts. “He will also be barred from sale and purchase of his properties in Pakistan and abroad,” said sources.

Read more: Investigations against Musharraf continues, while no inquiry into Kiyani’s drug/pharma scandal

General (retd) Musharraf is being trialed for imposing emergency in 2007 and detaining the judges of the Supreme Court of Pakistan. A case was registered against him in 2013 and his name was placed in the Exit Control List (ECL) by the Federal Investigation Agency (FIA) on the directives of the Sindh High Court (SHC).

Later on, the Supreme Court of Pakistan allowed Musharraf to go abroad for his medical check-up and his name was removed from the ECL.

Moreover, the special court has declared Mr Musharraf an absconder, issued perpetual warrants of his arrest and commenced proceedings under Section 87, 88 CrPC for attachment of his properties on July 19, 2016.

On April 29, 2018, an application was filed by the federal government to give a verdict on high treason case against Musharraf as early as possible. The application titled “Federal Government of Pakistan versus retired General Pervez Musharraf”  read as “The turn of events have unfolded and he [Musharraf] has categorically made statement to the media abroad that he left the country with the help of his institution thereby casting aspersions on our armed forces and its then chief retired Gen Raheel Sharif.”

It further mentioned that “it is a matter of common knowledge that shortly after leaving Pakistan he was seen on videos shared on social media sites where he is swaying to the beats of the music in wedding festivities and during his three months preferred stay in Armed Forces Institute of Cardiology (AFIC) he did not receive a single tablet of aspirin or underwent any angiogram test as according to him at that time the angiogram posed a potential threat to his life”. The army has, however, neither rejected nor confirmed what is said by Retd. General.

A meeting of National Society Council (NSC) was also called on the suggestion of army to ‘condemn Sharif’s irresponsible remarks’ against Pakistan.

The PML-N government had been criticized for allowing Musharraf to go abroad. The then-interior minister Ch. Nisar Ali Khan made it clear that Musharraf was allowed to leave the country after the apex court ordered to remove his name from the ECL.

The ousted Prime Minister Nawaz Sharif, who has been disqualified by the SC in Panama Papers case, has recently alleged that ‘he was being punished for bringing Musharraf before the court’. It is interesting to note that the former PM was at good terms with the military in his initial days but former’s tilt towards New Delhi made the situation critical.

Nawaz Sharif has been very vocal after his disqualification, blaming the military establishment for ‘allowing terrorist to kill people in Mumbai’. Sharif’s controversial interview to daily Dawn caused a heavy outrage across the country. A meeting of National Society Council (NSC) was also called on the suggestion of army to ‘condemn Sharif’s irresponsible remarks’ against Pakistan.

As a matter of fact, Sharif’s allegation that he was being punished for presenting Musharraf before the court makes little or no sense when Musharraf is facing the music even after Nawaz’s departure. Musharraf’s trial, if anything, confirms that the courts and judges in Pakistan are working independently and both generals and politicians are being treated equally.