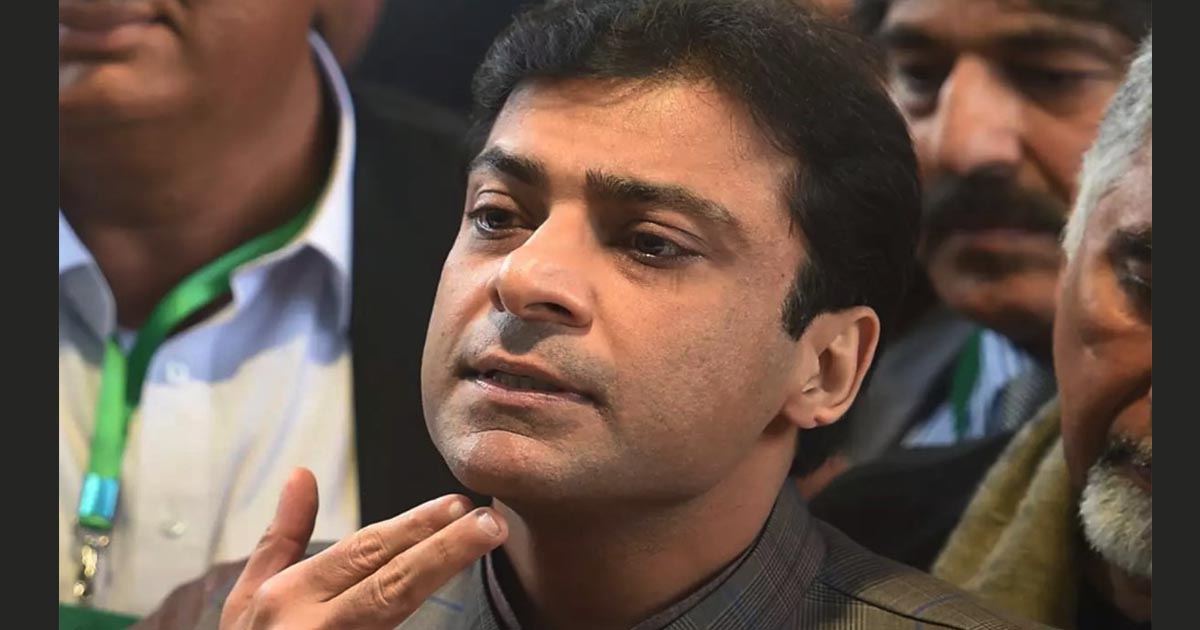 The National Accountability Bureau (NAB) has sent a questionnaire to Punjab Assembly Opposition Leader Hamza Shahbaz in accumulation of assets beyond known sources of income and alleged money laundering cases. The bureau has directed the provincial lawmaker to provide details in respect of investment made from 2005 until now.

In the questionnaire, NAB stated that Hamza earlier provided incomplete record to the investigation team and his replies were not satisfactory. NAB has asked Hamza to provide details of the loans against the companies and partnership with Suleman Shahbaz and Nusrat Shahbaz.

The Online wire service said that Hamza has been directed to file tax returns and wealth statement from 2006 to 2008. Apparently, the news service said, Hamza did not file tax returns in the income tax department for the said years. Specifically, NAB said, detailed replies in respect of the increase in his assets in three years should be submitted.

The questionnaire alleges that Sharif family’s assets stood at Rs53,600,000 in 1999 and the assets rose to Rs683,300,000 within 10 years, the wire service stated, adding that NAB said that the assets stand at Rs3 billion now and he should clarify his position on this count.

Hamza, like many of the scions of the Sharif family, has been booked in multiple accountability cases pertaining to alleged ownership of assets beyond his means and alleged involvement in corrupt practices. He, along with his brother Salman, is accused of embezzling Rs200 million from public funds in order to build a bridge benefiting Ramzan Sugar Mills — of which he is a director — in Chiniot, the media reported. It added that the money, according to NAB, was released by then chief minister of Punjab Shahbaz Sharif, who is also a suspect in the case(s).

Hamza is also accused of owning assets beyond means and is being probed by a combined investigation team from NAB. According to an earlier report by Dawn, he was unable to satisfy the investigation team regarding properties owned by him in Pakistan and abroad.

Punjab’s opposition leader is also facing inquiry into the Saaf Pani Company case for presiding over some meetings of its board of directors and allegedly issuing orders regarding the award of contracts when he was not even a member of the board.

On April 9, a court in Lahore had indicted the Leader of the Opposition in the National Assembly Shahbaz Sharif and his son Hamza in the Ramzan Sugar Mills case. Both the suspects had pleaded not guilty and maintained that they had not only saved Rs2,300 billion but the money was never misused.

Earlier, the Lahore High Court (LHC) had extended Hamza’s interim bail till April 25, which has now been extended till May 8, in an ongoing investigation into assets beyond known sources of income. LHC had barred NAB from arresting him.

On February 14, Shahbaz had also been granted bail by the LHC in the Ashiana Iqbal Housing scheme and Ramzan Sugar Mills cases. Previously, a NAB team has tried to arrest Hamza twice on grounds that he was not cooperating in the ongoing investigation but couldn’t succeed because of resistance by guards and the party workers.

Subsequently, a case was registered against Hamza’s guards on an application filed by the NAB saying that Hamza’s guards had manhandled members of the NAB team, tore their clothes, and threatened their lives when they raided his residence to arrest him. Currently, Hamza is facing NAB cases pertaining to assets beyond known sources of income, Saaf Pani and Ramzan Sugar Mills.

On April 25, Hamza along with his lawyers — Amjad Pervaiz, Salman Butt, and Azam Nazir Tarar — appeared before LHC in NAB’s cases pertaining to assets beyond income, Saaf Pani project and Ramzan Sugar Mills. Butt, who was representing Hamza in assets beyond income case, apprised LHC bench that the documents that were considered as the part of the reference were not attached with the case. He added that the case cannot be proceeded without completion of the documents.

NAB prosecutor argued that the anti-corruption watchdog will have to investigate into offshore companies and foreign transactions of Hamza, adding that the investigators were tracing out persons and other sources who were used to handle money from foreign country. “How can we challenge the case in a court if we are not given documents,” Butt said, “the material, which is being used against an accused, cannot be hidden from the person.”

NAB prosecutor informed the court that complaints emerged against Shehbaz, Hamza and Salman and the Financial Monitoring Unit has also spotted suspicious transactions. However, the prosecutor said, the report is secret which cannot be provided. When asked if the contents of the report would be included as part of the case, the official said that the facts will emerge after investigation.

The LHC judge remarked that the NAB should make it clear if the report will be used as evidence in the case or not. Following the arguments, the high court extended Hamza’s interim bail till May 8.

Supporters clash with police as Shahbaz arrives at AC