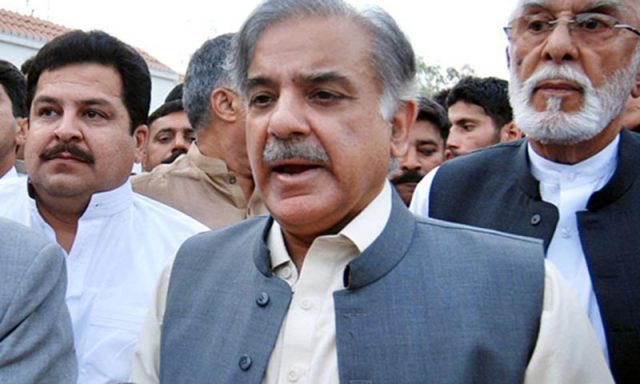 One person’s embarrassment is another person’s accountability. When it comes to power and accountability, people often demand the former for themselves and the latter for everyone else. For a state to function impeccably, a strong foundation of operational transparency, equality for all, and rule of law has to be laid and hypocrisy has NO place in the real sense of the word.

Pakistan happens to be one of the most prominent South Asian countries. It is cherished globally on account of its scenic views, the enviable tourist attractions, the rare seasonal variations that not many countries are bestowed with and last but not the least, its “people”. No matter which part of the world you are in, it takes you less than a minute to spot the “Pakistani exuberance” in a Pakistani. I’m lucky to have been born in Al-Bakistan – The land of pure. Hailing from this piece of land inevitably instills strong humanitarian values, rarely found sense of humor, avid hospitality and a novel sense of seeking opportunity to celebrate life.

It’s really NOW or NEVER. If the stolen wealth is recovered and the culprits are all placed behind the bars by the judicial authorities, NAB will set the bar remarkably high for the whole nation and the honest Government officials will finally have a sigh of relief.

Every house does have a paranoid and mischievous element that inevitably lands the whole household in embarrassing situations, so do we but it’s not an individual or a specific quarter – It’s the “demented concepts” resulting in “misplaced priorities” which are the product of our rulers’ and religious quacks’ tireless struggle. Be it socio-political front or religious beliefs and their manifestation or the infamous “democracy” – almost every key ingredient in the ship seems to have lost plot and I feel NO shame in confessing that every stakeholder is equally responsible for pushing it on the verge of sinking.

In the wake of the most recent developments in the cases against the Former Chief Minister, Punjab, Shahbaz Sharif – the Ruthless King of the largest province of Pakistan who remained in the said position the most since the inception of the country, we observed an unusual turn of events. The day before yesterday, our television screens flashed the news of “His Highness, Shahbaz” having been ARRESTED by the National Accountability Bureau. The detailed description of the case entailed the fact that he couldn’t satisfy the watchdog with his answers to the 21 questions that he was being asked for over a year and apparently his favorite answer “Khaaata hun tou lagaata bhi hun” didn’t sell.

The gullible people of my country either love him for being a source of comic relief or hate him for his strategically novel ways of plundering and embezzling public funds. Everything that he has achieved till late would not have been possible to bag without the kind guidance and practical help extended by his elder brother, whom he calls “wadday paa jee” (a Punjabi terms used for elder brother) and Pakistanis dearly call “mamu” (a local slang informally used for someone who befools people and gets away with it).

I will not bore you with the nitty-gritty details of the cases he worked relentlessly for straight TEN years to get himself involved in, but just to give you a fair idea of what the gem has been up to, let me briefly state that not only did he turn the state-owned institutions into political offices of the then ruling party but also placed his blue-eyed corrupt bureaucrats on key positions, who would “perform” and “eat” well and keep mum about all the illegitimate cash inflows and outflows while being subservient to “His Highness” and not the system.

Pakistan happens to be one of the most prominent South Asian countries. It is cherished globally on account of its scenic views, the enviable tourist attractions, the rare seasonal variations that not many countries are bestowed with and last but not the least, its “people”.

One must appreciate him for how he handed the whole province over to the 56 companies that were basically designed and programmed to subtly serve the purpose in the garb of the slogan of “re-inventing the conventional state operations to enhance the productivity” but the real method to this madness only got revealed a year ago when TWO of those 56 companies began to be inquired in his own regime.

As we speak of now, SEVEN out of those 56 companies are being inquired and he’s been detained by NAB over not satisfying the watchdog in the very FIRST case – the 14 Billion Ashiyana-e-Iqbal Housing scheme where Shahbaz is accused of ordering the cancellation of a contract given to successful bidder Chaudhry Latif and Sons for the Ashiana Housing Scheme and engineering the subsequent award of the contract to Lahore Casa Developers, a proxy group of Paragon City Private Limited, resulting in a loss of Rs193 million to the oh-so-feeble national exchequer already.

While constantly hammering our national integrity with their exceptional performance of embezzling the public funds and puncturing the economic wheel, here are few examples of how he and his elder brother along with their political mentor, Asif Zardari, revamped the key concepts of political science over the past four decades. Google might as well want to alter the old meanings of the following words soon.

The detailed description of the case entailed the fact that he couldn’t satisfy the watchdog with his answers to the 21 questions that he was being asked for over a year and apparently his favorite answer “Khaaata hun tou lagaata bhi hun” didn’t sell.

Democracy: “Right to befool people / the spinal cord of the state that gets severely endangered if and when the process of accountability kicks in”

Rule of Law: “Implementation of law in accordance with the socio-economic status of the individuals – the stronger, the better”

Elections: “Once in a five-year opportunity to make promises that are never meant to be fulfilled”

Foreign policy: “The road-map to build and strengthen the Sharif-Zardari family ties with the Supreme powers of the world to enhance the PPP-PMLN duopoly”

Logical questions & concerns when raised to rulers by the masses: “Threat to Civilian Supremacy”

Arrest the accused before the elections: “Conspiracy”

Arrest the accused after the elections: “Conspiracy”

If the culprit dies: “Trial against the grave”

If the culprit gets hospitalized: “Trail against the disease”

Calibri Font: “Synonymous with a weak attempt to bluff”

And last but not the least, an interesting development in human anatomy was found to be observed outside the Accountability Courts yesterday as Shahbaz Sharif was brought to the Accountability Court in an armored vehicle which was thrashed by a force of charged PMLN workers who embarked on the car just the way the innocent villagers of a deprived rural area throne around the car in a Barat and refuse to dismount no matter what – we found a man “tearlessly” crying for the former Khadim-e-Aala being interrogated for his wrongdoings for once while holding the RIGHT side of his chest claiming to have heartache.

However, things are not as bleak as they have been over the past few decades, as Pakistan has finally gotten to have a Prime Minister who looks determined to change things for better and turn the tables for the country on every possible front. People hold got sky-high expectations from the only Prime Minister in the history of Pakistan with ZERO corruption charges. How much and exactly how he delivers is yet to be seen though.

One person’s embarrassment is another person’s accountability. When it comes to power and accountability, people often demand the former for themselves and the latter for everyone else.

The National Accountability Bureau has broken the cliché for ONCE. It has finally mustered the courage to pull the mighty giants of corruption in its investigation net. Speaking the truth and sticking to it against all odds, especially in the times when the founders of corruption and masters of blackmailing & torturing the torch-bearers of truth and honesty is certainly a hard pill to swallow, no matter which field one works in. It is, indeed, a ONCE IN A LIFETIME sort of opportunity for NAB to “nab” the culprits, take them to task without buckling under any pressure and reclaim our lost national glory. It’s really NOW or NEVER. If the stolen wealth is recovered and the culprits are all placed behind the bars by the judicial authorities, NAB will set the bar remarkably high for the whole nation and the honest Government officials will finally have a sigh of relief.

Pakistan Tehreek-e-Insaf led Federal Government was brought in power with 17.5 Million votes majorly to ensure that there is massive accountability across the board, starting from the Prime Minister Imran Khan to the Ministers to the fruit vendors to everyone. Though NAB remains an independent institution but yet we see a pivotal role that Government can play in facilitating the watchdog, no matter what it takes. You steal, you pay. It is as simple as that. Enough of the lame excuses for escaping the accountability! Our nation is not ready to give even the slightest margin to anyone who damages the national exchequer, be it PTI, PPP, PMLN, MQM or any other party in the world. Zero-tolerance policy is in place now and whoever violates, will be dealt with sternly.

The royal rumble is set – NAB must remember that the onus of proof lies on them this time around unlike Panama case. One wrong move and the whole country will lose. One little compromise by one officer and the entire state suffers for the decades to come. The upcoming ten days are going to decide our fate. Hope and wish all the best things to happen to my land of pure. Pakistan Zindabad !!

Previous articleLNG Accord: Are Pak-Qatar ties in danger?
Next articleTrade war will not stop global growth: IMF

18 June 2021
Previous articleLNG Accord: Are Pak-Qatar ties in danger?
Next articleTrade war will not stop global growth: IMF

China contributes to doubts about Pakistani crackdown on militants