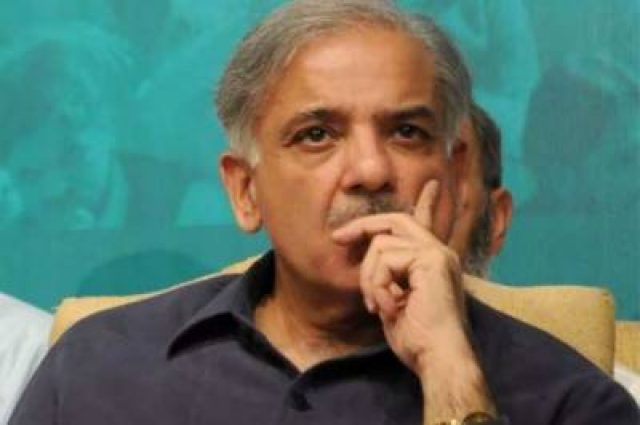 In a press briefing after meeting his elder brother Nawaz Sharif, the former Chief Minister of Punjab and current leader of the PML-N categorically denied any possibility of an NRO for his brother. He said neither a National Reconciliation Ordinance is being demanded by Nawaz Sharif nor is any offer being made. “Neither we are seeking an NRO nor anyone is offering it.”

Ever since Nawaz Sharif was disqualified as Prime Minister of the country last year, there had been speculations that an NRO in one form or another would be agreed upon by PML-N leadership and the establishment. In December last year, the leader of the Pakistan Tehreek-e-Insaaf also said that Nawaz was looking for an NRO. “I think they would hold the legs of Saudi monarchs,” the PTI chief said at the time, adding, “Whether they go to Saudi Arabia, or touch Trump’s feet; it isn’t going to save their money.” He emphasized that the Sharif brothers trying to take the easy way out and will try to get an NRO.

NRO’s are not a new phenomenon in Pakistan’s history. There have been National Reconciliation Ordinances in the recent past, most noticeably for Nawaz Sharif under the government of the then President Musharaff. The NRO was a controversial ordinance signed by President Musharraf that granted amnesty to political workers, bureaucrats, and politicians who were facing corruption charges of various dimensions.

The NRO was declared null and void by the Supreme Court of Pakistan which led to a political crisis. Many observers have argued that a repeat of history for Nawaz Sharif would go against the verdict given by the Supreme Court. However, Shahbaz Sharif rejected such speculations outside Adiala jail in a press conference. When asked about the fact that why had he not participated in a protest by opposition parties against alleged rigging in the election, he said he did take part due to bad weather.

The senior leadership of the Pakistan Peoples Party was also not present at the protest i.e. Bilawal Bhutto and Asif Ali Zardari. Only the second-tier leadership of PPP was present. Furthermore, most of the participants of the protest belonged to parties who had lost badly in the elections and had themselves not been able to win any seat.

Although a common strategy for opposing the PTI government was agreed upon by the opposition parties, it appears as though there are still some things on which all parties are not a 100% on the same page. The absence of senior leadership of PML-N and PPP speaks to this fact.

Read more: What is the reality to the rigging allegations for July 25,…

Shahbaz Sharif also reiterated his stance that the elections were rigged. He said that they had been rigged before and after it. After making the allegation of pre-poll and post-poll rigging, he said “We will all celebrate Independence Day on August 14 but I want to ask can we celebrate the free and fair elections? The answer is no.” He maintains his stance, despite the fact that the Election Commission of Pakistan has uploaded form 45 on its website to answer to critics that allege the elections were neither free nor fair.

There have been questions raised about the failure of ECP’s RTS system on the day of elections. Some have even suggested that the failure was pre-planned. Shahbaz Sharif may demand a parliamentary committee probe into the matter. All opposition parties seem to be united in not accepting the results of the elections after not being able to get their desired results.

Previous articleFirefighters make progress in California but weather not promising
Next articlePakistan elections—may be good news for Pakistan, but not for U.S.

23 July 2021
Previous articleFirefighters make progress in California but weather not promising
Next articlePakistan elections—may be good news for Pakistan, but not for U.S.

The government is seeking revenge against PPP: Nafisa Shah

Imran Khan: Still has some vision to prove us wrong?