The Indian government is undertaking multiple unprecedented security measures, including calling back all police officials on leave, placing the Indian Army and Assam rifles on high-alert. Nagas fear that their state will soon be subjected to an unprecedented curfew. 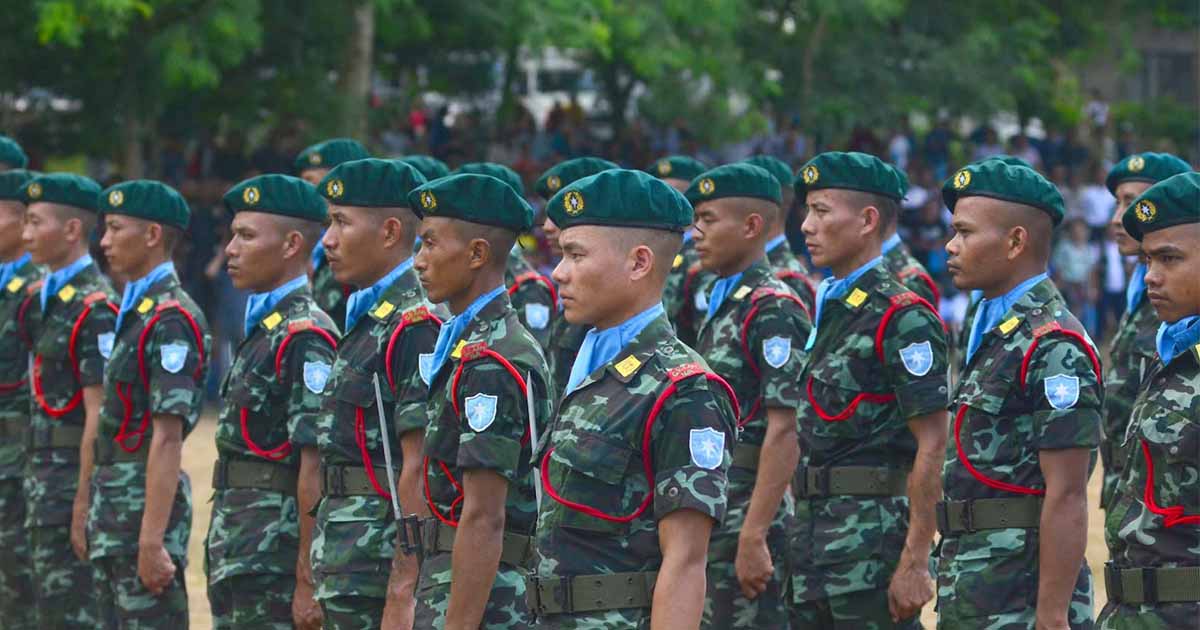 The Indian state of Nagaland is witnessing unprecedented security measures that are alarming residents ahead of the Narendra Modi-led government’s efforts to quickly conclude a political agreement.

The northeastern states of India have not witnessed such unprecedented and alarming measures in the past thirty years. Indian media reports reveal that on October 21, a wireless message was circulated from the Chief Minister’s office in Kohima, instructing all district officials to stay confined in the headquarters.

Later that day, a repetitive circular issued by the police headquarters cancelled all leaves, aside from those for medical reasons, and instructed all units to recall all absentee officers and personnel “immediately”.

The #Nagaland government directed all unit commanders of its police force to stock rations and fuel for at least two months in view of the “fluid situation” in the State.https://t.co/pq4F2XLmVf

Indian media reports reveal that the Indian Army and Assam Rifles have been placed on high alert, while fighter aircraft have been spotted carrying out “wartime preparedness drill” covering six civilian airports in the northeast.

The student added, “We have also heard that Nagaland would cease to enjoy the special provisions and all the leaders who don’t accept the accord would be sent to Tihar jail. Are all these true?”

The Naga community and the state of Nagaland is abuzz with rumors of curfew and unprecedented security measures, which has prompted many people to start storing up food supplies and grains in the remote areas of the Indian state. People in the hilly state are anticipating hard times and security measures similar to those in Occupied Kashmir.

Indian media reports reveal that on October 21, a wireless message was circulate from the Chief Minister’s office in Kohima, instructing all district officials to stay confined in the headquarters.

Nagaland is one of the most disturbed states of India, and after Tripura, it was the second state to welcome the rise of an insurgency as the Naga National Council (NNC) declared its independence a day after India’s independence.

The ongoing situation in Nagaland has stirred many speculations and people are struggling to understand whether the six Naga National Political Groups (NNPGs) have succumbed to accept the offer of the Modi-led Indian government. Speculations are rife on whether the Naga leaders will accept India’s economic packages, or hold onto the specter of Naga sovereignty.

October 31 marks the deadline of the final agreements between the Naga leaders and the Indian government, and communities across Nagaland are hopeful for the best but at the same time, they are praying and preparing for the worst.

Indian media reports reveal that on October 24, a meeting between the Indian government and the National Socialist Council of Nagalim, held in New Delhi, failed to put an end to the discord between the two entities. Naga leaders are adamant on their demands for a separate flag and constitution to represent the Nagas.

Protest in Manipur against bifurcation of the State in wake of final leg of ongoing talks between NSCN-IM and interlocutor R.N Ravi in Delhi. Centre has said there will be no disintegration of States of Assam,Arunachal Pradesh,Manipur.
NSCN is demanding Greater Nagaland. pic.twitter.com/ue8kTpLBC6

Explaining the sentiments in the Indian state, Haralu said, “Even at work, the conversation is all about what will happen after October 31.” Editor of a Naga tabloid, the Nagaland Page, Monalisa Changkija also expressed the tense environment and a “sense of unease” in the Indian state.

Changkija explained the security situation in Dimapur, Nagaland’s commercial hub, “There is patrolling everywhere in Dimapur, people are being frisked. Dimapur has practically emptied out in the last couple of days, there are none of the usual traffic jams.”

Speculations are rife on whether the Naga leaders will accept India’s economic packages, or hold onto the spectre of Naga sovereignty.

The younger generations of Nagas demand peace and progress, and the metropolises and commercial hubs of India are welcoming more and more Nagas looking for work and education. However, the Naga-dominated regions in Northeast India echo the demand of the National Socialist Council of Nagaland (NSCN) for a separate flag and constitution, a demand that has been dismissed by the Modi-led Indian government.

The NSCN is the largest rebel group in northeast India, comprising of 4000 cadres equipped with sophisticated weapons, and India media terms it as the “mother of all insurgent outfits in the region.”

Speaking to News18, Bano Haralu, the editor of Nagaland Today, explained that the Nagas are not willing to give up their right to sovereignty. Haralu said, “The problem is that India gets scared when Nagas say ‘we are sovereign’. The government is not willing to discuss sovereignty and Nagas do not want to give up on this which is considered an inalienable right.”

India media reports reveal that the NSCN has shifted its cadres and weapons from designated camps, and its headquarters, Camp Hebron, located near Dimapur has also been shifted upon reports of a possible raid conducted by the Indian security forces.

People and insurgents across Nagaland are now hopeful that their leaders will succeed in brokering a peace agreement, but they are fearing a crackdown as the Modi-led government is unlikely to give into their demands for a separate flag and constitution.

Indian Army warns Chinese hackers to stay away from their people