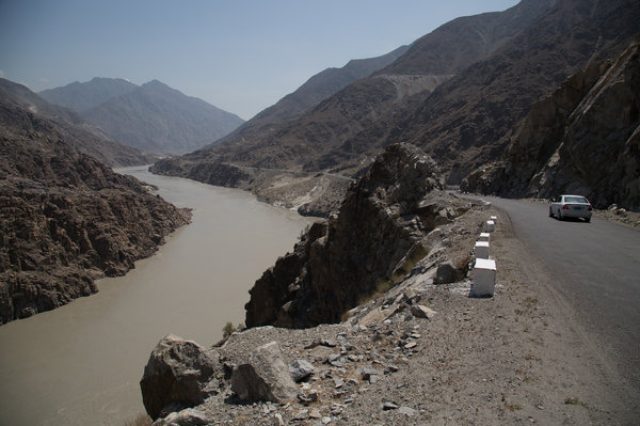 President National Bank of Pakistan (NBP), Mr. Tariq Jamali, met Prime Minister Imran Khan to hand over a cheque of Rs. 19.5 million as a contribution for the construction of ‘Diamer Basha and Mohmand Dam Fund 2018’. This initiative was taken keeping in view the severe shortage of water reserves which is posing an alarming threat for Pakistan as observed by Supreme Court of Pakistan.

Mr. Tariq Jamali, informed the Prime Minister of Pakistan that in response to the Government of Pakistan for donations from domestic and international donors, an account with the name of “Diamer Basha and Mohmand Dam Fund-2018” has been established in all branches of National Bank of Pakistan. Mr. Jamali added that NBP helpdesk in all big branches, regions and Head Office are providing support, assurance and replying to any queries and resolving complaints.

The inclusion of National Bank of Pakistan in the Dam fundraising campaign is a welcome sight as Pakistan is in dire need of all hands.

Moreover, the President National Bank of Pakistan also expressed his eagerness to partner with the government in the proposed Naya Pakistan Housing Program by updating him about the NBP Saibaan, which was launched with an aim to provide access to common person to create asset for itself in the form of house with lowest mark-up rate in the banking industry.

The Chief Justice of Pakistan Mian Saqib Nisar created the dam funds in July after hearing the case on Kalabagh dam. The country is suffering from an acute water crisis and is expected to undergo severe drought in the upcoming years.

The climatic changes have adversely affected the rainfall patterns in Pakistan. Hence, the country needs to expand its water shortage capacity. Chief Justice, himself has donated Rs.1 million in the funds on the onset.

Later in the month of September, Prime Minister Imran Khan lauded the efforts of CJP and joined him in the initiative. He stated, “The chief justice has done something which should have been done by the country’s politicians.”

Mr. Jamali added that NBP helpdesk in all big branches, regions and Head Office are providing support, assurance and replying to any queries and resolving complaints.

He subsequently announced the merger of the prime minister and chief justice’s dam funds. Imran Khan since then has made several appeals to the people for the donation. Responding to his call, celebrities, renowned figures and institutions like NBP have donated generously in the funds.

National Bank of Pakistan is also mobilizing the youth to contribute to the ‘Diamer Basha and Mohmand Dam Fund 2018’. NBP organized held a ceremony to collect funds for dams at Lahore Grammar School, Karachi Branch. The students, teachers and parents participated in the fund raiser and collected more than Rs. 50,000 for the Dam fund.

The efforts of the school and the students were commended by the representative of the NBP who were present at the occasion. The representative of NBP expressed hope that such events will be organized in other schools, colleges and universities across Pakistan which will lead to an increased participation of youth which will result in youth’s participation in country’s drive to preserve water.

The inclusion of the National Bank of Pakistan in the Dam fundraising campaign is a welcome sight as Pakistan is in dire need of all hands. NBP is one of the three largest banks in Pakistan – along with Habib Bank and UBL.

State Bank requires these premier banking institutions to maintain larger reserves for stability. Pakistan is among the frontline states against Climate Change, it already is feeling the impact of the phenomenon through water shortages and recurring heat waves. Only through the response by key national institutions can the nation save itself from the debilitating effects of Climate change.