National Bank of Pakistan extends itself to Central Asia 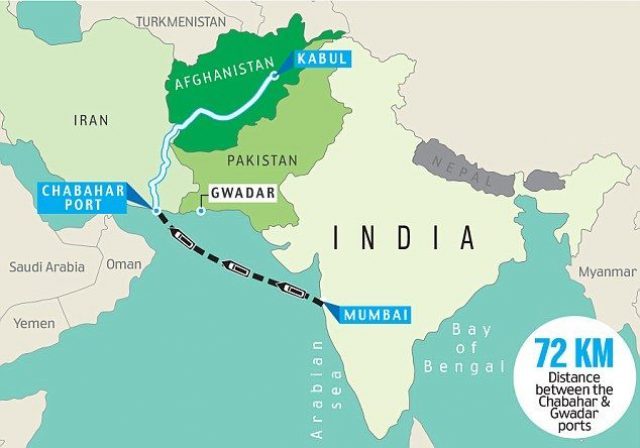 National Bank of Pakistan (NBP) has extended its commercial and public sector banking services to Azerbaijan, in Central Asia. Representatives from various industrial sectors attended B2B meetings in the capital Baku. NBP, which has branches as far as the UK, intends to explore new avenues for joint ventures under the umbrella of the China Pakistan Economic Corridor (CPEC). Bank’s overall deposits have increased to Rs. 1800 billion as of September 2018. Balance sheet volume of the bank has grown to almost Rs. 2.5 trillion. GVS learnt this from briefings on the latest meeting of the Board of Directors of the Bank.

On Tuesday the Board of Directors (BoD) for National Bank of Pakistan convened at the Bank’s Head Office in Karachi to oversee the results on the bank’s growth report for this year so far. During the meeting, the BoD approved the bank’s financial statements drawn up over the past nine months ending on September 30, 2018.

The main aspect of the report was that the during this period of nine months a pre-tax profit of Rs. 23.12 billion was calculated; which is only slightly lower than the Rs. 23.22 earned in profits for the first three quarters of the year 2017. However, after tax-exemptions, the profit for these nine months totaled Rs. 16.18 billion; a figure actually 10% higher than post-tax profit worth Rs.14.70 billion earned during the corresponding period in 2017.

Donations and contributions had been accepted from both domestic and international donors, to whom NBP staff had received instructions to welcome, receive, and facilitate.

In terms of market-share, the profit is equivalent to Rs 7.60 in earnings per share as opposed to Rs.6.91 during the same period last year. National Bank’s net interest related income grew by 13.70% to Rs.43.55 billion in contrast to Rs.38.31 billion during the same time period for the previous year. The recipe for success in this regard was maintaining an efficient asset-mix of high-yield loans and investments.

NBP investing on its Digital Infrastructure

Of late the NBP was also investing heavily in revamping its digital infrastructure bringing in technological innovations enabling it to streamline better end-user experience into its IT services thus retaining customer loyalties. Just last month NBP partnered with IT giant; Dell, to receive top-end hardware and data solutions for its sprawling networks. Moreover, earlier in October in a signing ceremony, NBP partnered with Microsoft to deliver its services through a singular platform minus the various glitches that accompany the now outdated legacy systems.

Due to exogenous factors such as a sluggish stock market, there has been a drop in income from dividends and capital gains. Overall this non-mark-up or non-interest income during the period mentioned above amounted to Rs. 22.49 billion, comparatively lower by 2.15% when set in contrast to Rs.22.99 billion.

National Bank of Pakistan convened at the Bank’s Head Office in Karachi to oversee the results on the bank’s growth report for this year so far.

Not the one to stay idle, NBP has not only been furthering its domestic reach but earlier this month has also extended commercial and public sector banking services to Azerbaijan. Representatives from various industrial sectors attended B2B meetings in the capital Baku. NBP, which has branches as far as the UK, intends to explore new avenues for joint ventures under the umbrella of the China Pakistan Economic Corridor (CPEC).

An effort to increase capital within its Baku branch in a bid to bring in more foreign exchange into the country and rekindle its economic prospects remains at the forefront of NBP’s objectives. NBP was also a key institution within the Prime Minister’s “clean & Green Pakistan” campaign identifying the need for holistic attitudes towards climate change and spreading awareness as well as sponsoring tree plantation drives in KP province.

A forum was also set up under NBP’s sponsorship where discussions for future environmental campaigns can be held. NBP was also equally responsive to the other more important water crisis facing the country. The president of NBP, Mr. Tariq Jamali, also met Prime Minister Imran Khan to hand over a cheque valued at Rs.19.5 million, GVS reported.

The funds had been collected under the ‘Diamer Basha and Mohmand Dam Fund 2018’ for which an account had been established at all NBP branches all over Pakistan. Donations and contributions had been accepted from both domestic and international donors, to whom NBP staff had received instructions to welcome, receive, and facilitate.

NBP reaffirmed its cooperation in tackling such national challenges since Pakistan is projected to undergo absolute water scarcity by 2025. The costly solution put forward was the construction of more dams along naturally suited terrain to retain water for agriculture and commercial use. NBP helpdesk in all major branches, regions, and at their Head Office are already providing support, answering queries and resolving complaints.

National Bank & Microsoft Deal: Pakistan steps into the next generation of Banking