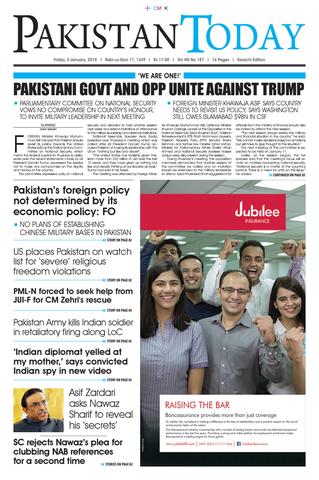 On Thursday, Chief Justice of Pakistan (CJP) Mian Saqib Nisar rejected Nawaz Sharif’s appeal to the Supreme Court (SC) seeking the clubbing together of three corruption references against him by the National Accountability Bureau (NAB).

Sharif had earlier petitioned the apex court regarding the same matter, but the petition was rejected by the SC registrar. The former PM subsequently appealed against the registrar’s decision, saying that filing three separate references was “illegal, and violates the law and the Constitution, besides being violative of his [Sharif’s] fundamental rights”.

Legal experts and analysts have put forth several reasons which explain why Sharif’s legal team has so keenly focused on technical issues.

Justice Nisar upheld the registrar’s decision and refused to order NAB to club the references together. Last Friday, the Accountability Court released a detailed judgment in which it also rejected Nawaz Sharif’s petition to club together the three NAB references against his family.

Soon after the initiation of NAB references against Sharif family, their counsel argued that since the three references were similar and pertained to the same family, they should be clubbed together into one. However, Judge Muhammad Bashir rejected this petition on 8th November and released a judgment on 10th November detailing his reasoning.

The court stated that clubbing the three references together may cause complications and confusion in the trial. The reasoning pointed out that NAB may add supplementary references implicating others which will lead to complications if the references are clubbed together.

The judge also said that since Nawaz Sharif’s sons Hassan and Hussain – who are also accused in the case – have been absconding, it is possible that “on their appearance in the court they may take different stances in respect of a joint trial of three references”.

Last Friday, the Accountability Court released a detailed judgment in which it also rejected Nawaz Sharif’s petition to club together the three NAB references against his family.

The three references deal with different assets and are associated with different sections of the law, the court added. After explaining its reasoning, the court categorically dismissed all three interconnected applications filed by Nawaz Sharif’s counsel for the merging of references against the Sharif family. Sharif family appealed against this decision before apex court which rejected the petition today.

Why Sharif’s lawyers are Focusing on Procedural Issues?

Legal experts and analysts have put forth several reasons which explain why Sharif’s legal team has so keenly focused on technical issues.

Firstly, raising technical points such as this application buys valuable time for Nawaz and his family. If the lawyers are successful in delaying the trial with technical issues, the public and media’s focus on the trial may soon dissipate. The Sharif family can also employ this time in exploring other options to secure themselves.

Also, as pointed out by the accountability court, the sons of Nawaz Sharif who are absconding at the moment may subsequently appear and challenge the clubbing of references creating additional complexity and delays.

Secondly, by focusing on technicalities and procedural issues, the Sharif lawyers appear to be diverting attention from substantive issues. The issues like the financial transactions between Al-Azizia Steel Mills, Hill Metal Est. and FZE Capital – is discussed in court and then subsequently by media – will be extremely damaging to the politics of Sharif family.

Previous articleSix Pakistanis shine in the Forbes ’30 Under 30′ 2018 list
Next articleShoaib Mansoor’s “Verna” Released for Screening: Was ban a marketing ploy?

17 September 2021
Previous articleSix Pakistanis shine in the Forbes ’30 Under 30′ 2018 list
Next articleShoaib Mansoor’s “Verna” Released for Screening: Was ban a marketing ploy?

Changing mood in Washington towards Pakistan

Elahi and PML-Q in Punjab?