Former Premier Nawaz Sharif has rejected the proposed conditions of the government to submit surety bonds worth $7 billion before his departure to London for his medical treatment. 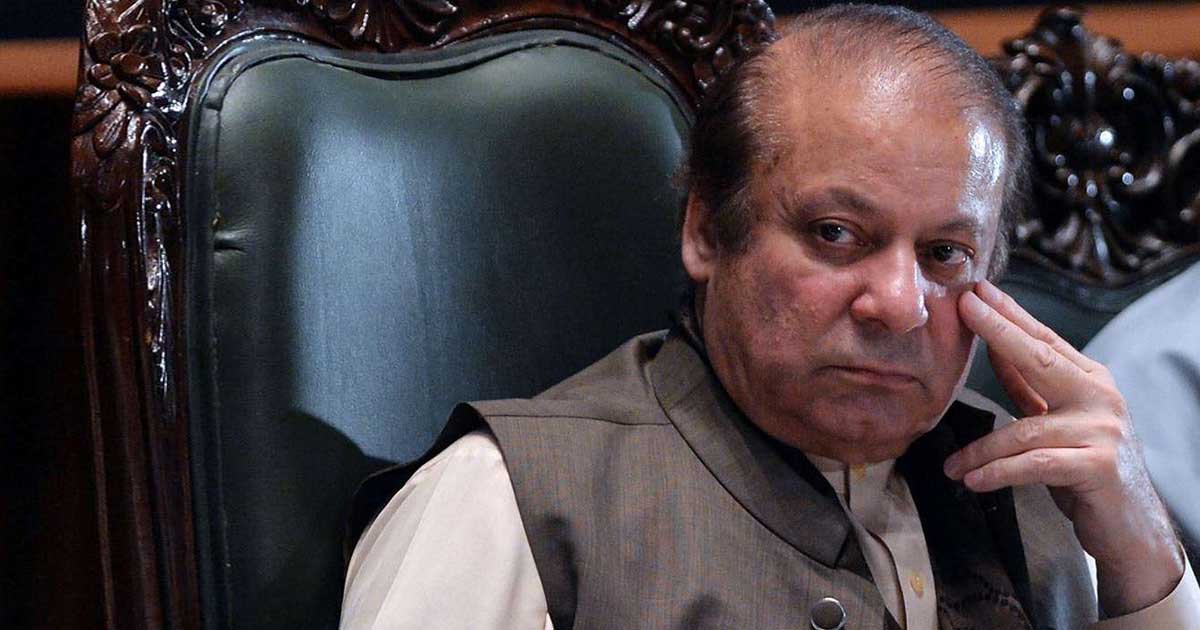 Former Prime Minister Nawaz Sharif, on Tuesday, refused to travel abroad for his medical treatment under the conditions put forward by the incumbent government. Sources reveal that after a series of meetings of the federal cabinet and its sub-committee, the negotiations have reached a deadlock.

The incarcerated Pakistan Muslim League-Nawaz (PML-N) leader has rejected the Imran Khan-led government’s proposed conditions on his medical treatment abroad, to pay Rs 7 billion as surety bonds, which is equivalent to the fines imposed on the former Premier in the two corruption cases Al-Azizia Steel Mills and Avenfield properties, in which he has been convicted by an accountability court.

Towards the end of the meetings of the federal cabinet and its subcommittee, Farogh Naseem, Law Minister and the Chairman of the Sub-committee tasked with deciding the cases on the Exit Control List (ECL) apprised the media on Wednesday that the committee has reserved its observations, and the final decision will come from the federal cabinet.

If Nawaz Sharif refuses the offer of surety bond, we will go to the court and ask the court to give a written permission to Nawaz Sharif that he can fly abroad..
Federal Minister Ali Zaidi pic.twitter.com/nAPNKX4Xq7— 11th Hour ARY News (@11thhourARY) November 13, 2019

Naseem said, “We do not have the authority to make decisions, but we only put forward recommendations, and today, we will put forward our recommendations to the federal cabinet.” The Law Minister added that the sub-committee has completed its responsibility on the basis of merit, and its decision was not obligatory on the former Premier Nawaz Sharif.

The Law Minister was asked to specify the law under which the government can obtain surety bonds from Nawaz Sharif, who has already submitted them to the courts, Naseem replied, “No comments.”

Speaking to the media on the condition of anonymity, a member of the sub-committee said that the government had already finalized its decision before the meeting, and Nawaz Sharif will be asked to provide surety bonds if he wishes to travel abroad for his medical treatment.

The government wants the former Prime Minister’s brother Shahbaz Sharif or his daughter Maryam Nawaz to provide indemnity bonds on his behalf, equivalent to the fines levied on his in the two corruption cases.

He said that Nawaz Sharif was apprised of the government’s conditions through his younger brother Shahbaz Sharif, and Maryam Nawaz was also present. He said, “Nawaz Sharif regarded these conditions as illegal and cannot be fulfilled in the light of the court judgments, and the surety bonds submitted to secure his bail.”

The PML-N insider added that Nawaz Sharif expressed his displeasure over the government’s “tricks” on the matter. “The government cannot create a court of its own and challenge the decision of the Islamabad High Court which has approved an eight-week bail for Nawaz Sharif on medical grounds.”

He added that the Sharif family is currently consulting its legal team on whether to approach the court for the removal of his name from the ECL if the government failed to decide the matter in his favor on Wednesday. Another senior PML-N leader, “If something happens to Mr. Sharif, Imran Khan and his troupe will be held responsible as his health condition is critical, and the government is playing their dirty politics.”

No Legal Basis for Surety Bonds

The PML-N lawyer, who represented PML-N President Shahbaz Sharif in the federal cabinet’s sub-committee, said that given the surety bonds submitted to the courts in both cases, there was no legal basis for submitting any more surety bonds to the government.

Speaking to the media, PML-N spokesperson Marriyum Aurangzeb said that Nawaz Sharif will not be submitting any more surety bonds. She said, “No surety bonds will be submitted other than the ones that are already in courts.”

Aurangzeb said that the PML-N leadership will not accept any such demands. A member of the federal cabinet spoke to the media on the condition of anonymity, said that the Prime Minister Imran Khan held a wide-ranging discussion on the specter of Nawaz Sharif’s travels abroad for his treatment. He said, “Even though the cabinet members were divided in their opinions, the majority of them favored Mr. Sharif’s exit from the country and it was supported by the Premier.”

The departure of Nawaz Sharif for his medical treatment in London has been delayed as the National Accountability Bureau (NAB) and other institutions are ambiguous about his travels.