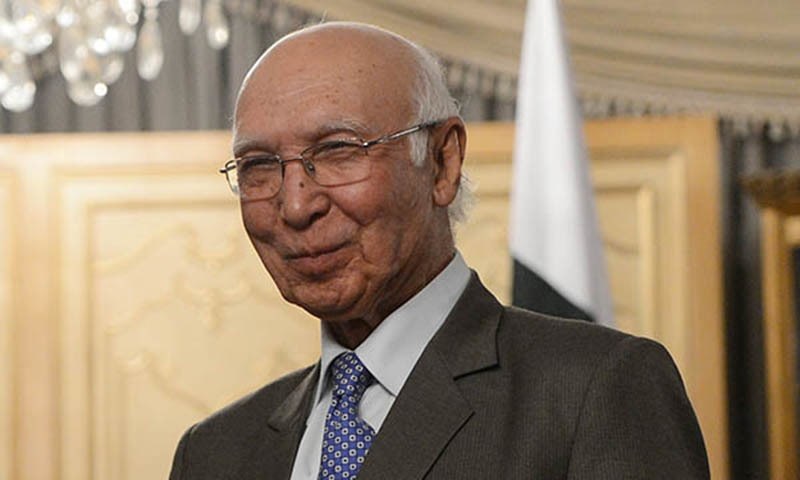 The ousted Prime Minister Nawaz Sharif once again informed the nation about his contributions for Pakistan. Nawaz was speaking at an event to commemorate Youm-i-Takbeer, held on May 28, the day when Pakistan conducted its first nuclear tests in 1998. He repeatedly told the crowd that due to his ‘selfless love’ for his country he was being punished.

I called Clinton, since he had called me five times to convince me not to go ahead with the nuclear program,” Sharif told the crowd. “I asked him [Clinton] ‘are you not an elected president?’ He said ‘yes I am’. I then said that I am an elected prime minister and I have a responsibility towards my nation.

Nawaz Sharif chiefly focused on a single question that who turned Pakistan into an atomic power? He himself answered the question and said that ‘elected Prime Ministers’ played a decisive role to make Pakistan an atomic power. “We should give credit where it’s due: Zulfiqar Ali Bhutto initiated Pakistan’s atomic program,” he told a gathering at Lahore’s Alhamra Hall. “Who was Zulfiqar Ali Bhutto? An elected prime minister. And who conducted the first nuclear tests? Another elected prime minister [Nawaz himself].”

Ousted PM also claimed that “the former American President Bill Clinton called five times and offered five billion dollars to abandon the atomic programme”.  “I told him, you have misunderstood us,” said Sharif. “Our self-respect does not have a price tag.”

After conducting tests, Nawaz said, “I called Clinton, since he had called me five times to convince me not to go ahead with the nuclear program,” Sharif told the crowd. “I asked him [Clinton] ‘are you not an elected president?’ He said ‘yes I am’. I then said that I am an elected prime minister and I have a responsibility towards my nation.” Sharif claimed, adding that Clinton acknowledged his argument and had commended him for “fighting him with a straight back”.

Read more: Mumbai attack comments: What future holds for Nawaz Sharif after his…

After becoming an atomic power, Pakistan was all set to become an economic power, said Nawaz. But some elements, regretted Nawaz, did not want it to happen for their vested interests.

Nawaz Sharif, who is facing severe criticism for his recent anti-state interview to daily Dawn, made all his efforts to bash at Pakistan Armed forces for their alleged involvement in the country’s political process. While doing so, Nawaz also asked “Today I’m being labelled as a traitor while others become ankhoun kay taarey (darlings). But what do you have to say about the books that are coming out?” he was referring to former ISI chief Lt Gen Asad Durrani’s and ex-RAW chief A.S. Dulat’s book ‘The Spy Chronicles: RAW, ISI and the Illusion of Peace’.

Nawaz Sharif and his like-mined friends in his party and media have been of the opinion that Pakistan’s all-powerful military establishment plays a key role in making all major decisions in the country. Civilian supremacy needs to be established, it was demanded. Nawaz himself has been alleging the establishment of not letting him work independently and fairly. But at this moment, Nawaz Sharif has taken a completely different position. The way he spoke on Pakistan’s nuclear tests in 1998 and his role in making that possible, it was apparent that he was the most powerful man in the country who took such a big decision independently.

Read more: “Whoever arranged the interview is the biggest enemy of Nawaz Sharif”:…

The question is how a PM can take such a sensitive and serious decision so independently if the establishment controls everything in the country? Has Nawaz not confirmed that he was independent and powerful enough to take such a big decision without anyone’s pressure? Does it not confirm the fact that he is being punished for corruption and misuse of authority while he was in the office not for what he has done for Pakistan?

Nawaz’s self-contradictory and unconvincing statements about civilian supremacy and respect for vote make little sense when they are played in the historical context of Pakistan.

House of Dragons: Game of Thrones prequel on Targaryens gets a name

Donald Trump: The seven rays of his political spectrum