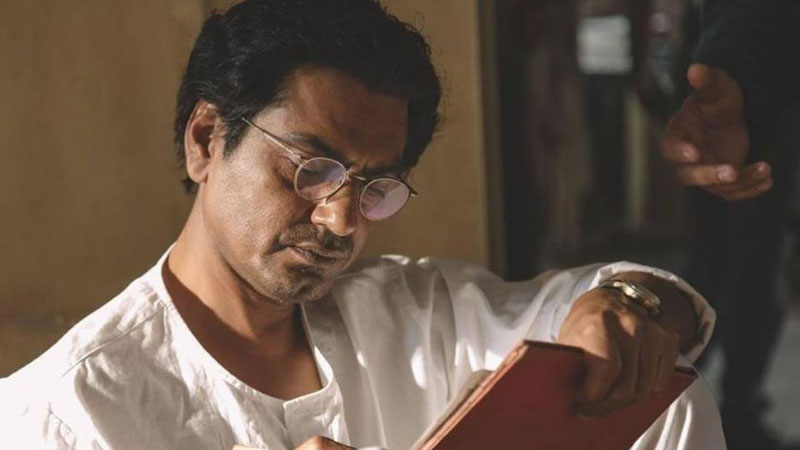 Once a struggling actor in Bollywood, Nawazuddin Siddiqui is set to make his fifth appearance at Cannes Film Festival 2018 in France. His biopic film ‘Manto’ on India-Pakistan’s controversial writer, Saadat Hassan Manto, has been nominated for the ‘uncertain regard’ category of the film festival. The festival starts on 8th May until the 19th of May, during which the actor will be at the French Riviera.

The movie ‘Manto, was produced with the help of the acclaimed director, Nandita Das, depicting the troubled life of a poet whose writing blared the bleak social dilemmas of previous times. Surprisingly, his writing, that dates back to pre-partition era, still holds relevance and sheds light to understand the power abuse in our society.

In regard to this, Nawazuddin Siddiqui stated that he felt he was on the right track. He said, “when your film gets selected in a good category, you feel confident that you are on the right track and your choice of films is good.”

Consequently, Nawazuddin Siddiqui was not a ‘star child’ that had wealthy directors or producers standing behind him with lucrative offers. Nawazuddin Siddiqui had to spend a decade or so in the highly competitive entertainment industry to reach here.

He came to prominence after Aamir Khan’s psychological-horror movie ‘Talash’. Following ‘Talash’ was the movie ‘Gangs of Wasseypur’ and Salman Khan’s Bajrangi Bhaijaan’ in 2016, which gave Nawaz unprecedented fame as an actor.

He is also the proponent of creative films, as the actor took a dig at the world’s second-most-popular entertainment industry of Bollywood, calling majority of its content plagiarized material from Hollywood. He further said Indian cinema lacks depth as producers are highly allured with the idea of commercial movies.

When asked about his consecutive fifth appearance at Cannes Festival, the actor candidly said he feels like he is going back home.

“Going to Cannes feels like I am going home,” he said, adding, “The festival has become my second home now. The best part is that I get to represent my film at one of the biggest festivals in the world. I’ve been there almost every year since 2012; it just reinstates my faith in the choices that I’m making as an artist. I haven’t become corrupt as an actor I guess.”

When asked about his film ‘Manto’ he gave the writer the credit for relentlessly speaking the truth of his times.”Manto was an honest man who wrote what he saw. He was transparent and there was no hypocrisy in his life,” said Siddiqui.

“He thought about things in the 1940s which we fail to see or think about even today. He spoke and wrote the truth, and truth never gets old. To play him you have to be truthful too,” he added.

It seems there is some truth in the actor’s words as Saadat Hassan Manto is remembered as the subcontinents greatest ever short story writers. Several intellectuals disputed with his unapologetic writing that mostly featured pimps and prostitution; to them, Manto was a trouble-maker in the society.

According to the official reports, authorities charged Saadat Hassan Manto six times, for obscenity during British rule. With this in mind, Pakistan too made an attempt to recognize the writer as a drama named ‘Manto’ was aired that had Sarmad Sultan Khoosat in lead role.

West’s Double Standards: An Unending threat for the World?