In a feat of transparency unprecedented in Pakistan, PM Imran Khan has directed all federal ministries to submit their first year’s performance report to the Ministry of Information and broadcasting to be made available to the public. 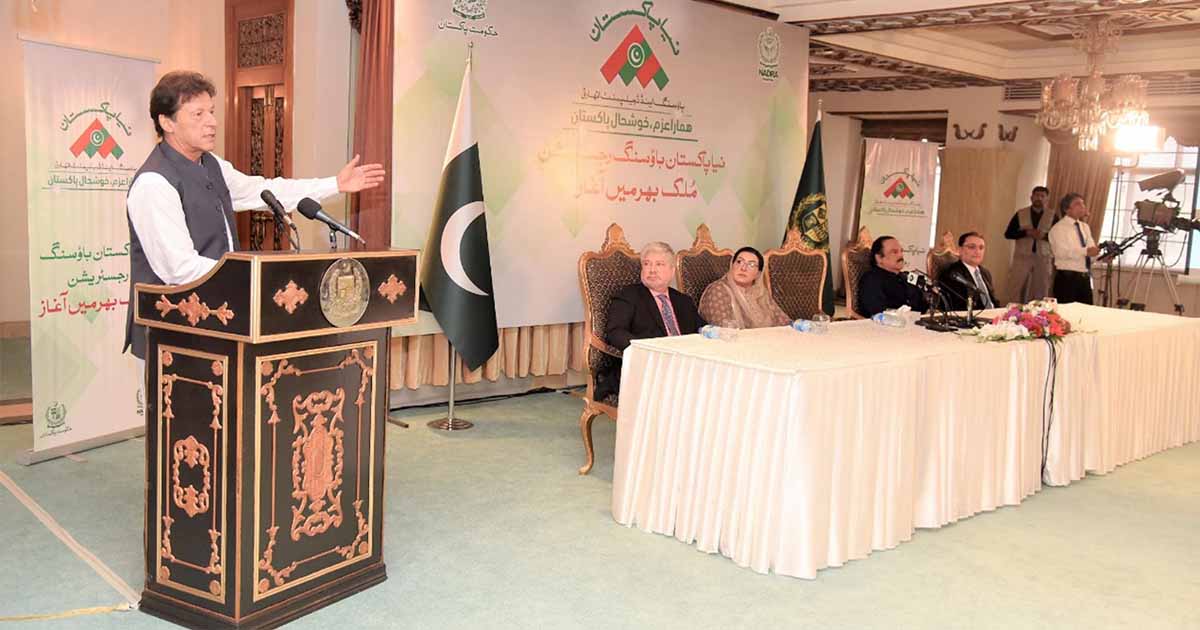 In a pioneering move, PM Imran Khan has decided to break the mold of this cryptic style of governance and push facts and figures of the performance of various ministries to the public more rigorously than any previous government.

During a high-level meeting to review and evaluate the performance of the information ministry and associated departments on Monday, PM Khan stated “the ministry has a vital role to highlight the government’s performance.”

The premier has been clear since even before taking office that he would only make appointments in the public interest and refrain from unnecessary politicking in such matters. He has maintained a strong stance on keeping appointments on the basis of performance or “changing the batting order” as was already done earlier this year in April.

Cabinet reshuffle (unprecedented in Pakistan) has demonstrated resolve of PM Imran Khan & strengthened his position or he looks weak and confused?

The right to information is not one that is often taken seriously in Pakistan. It takes a deep lesson in civics to find out that the average citizen can demand the details of law from any assembly or submit public interest petitions in high courts.

Governments have been pointedly lazy in making the general population aware of such mechanisms of recourse and redressal, and thus informed criticism of the performance of public institutions is by and large privilege of the few who reside in high-powered policy circles or relevant fields and departments. It is this lack of information that allows political parties to often take credit where it is not due or attribute blame to the wrong party.

Read more: Naya Pakistan: How much money has NAB recovered?

Promoting a tradition of apprising the public about government performance, would foster a healthy democratic atmosphere in Pakistan. There would be a stronger element of public accountability if rather than criticizing the “government” or the “prime minister” they could direct their complaints towards specific ministers and departments. This would make these public officials more answerable for their deeds.

PM Imran Khan has decided to break the mold of this cryptic style of governance and push facts and figures of the performance of various ministries to the public more rigorously than any previous government.

The meeting also informed PM Khan of the progress made by Pakistan Television (PTV), the Press Information Department, the Associated Press of Pakistan (APP) and Radio Pakistan during the first year of the PTI government.

The Prime Minister heard the reports and offered advice and made comments on certain pressing issues. For the PTV, for instance, he noted the important representative role, PTV has in the national consciousness of Pakistan and that it should serve as an instrument of positively highlighting the social values, culture and national identity of Pakistan.

It was brought to notice that as a result of the austerity drive that PM Imran Khan himself advocated and promised at every level of government, the information ministry had saved Rs.200 million during the year by taking various measures.

The PM was also told that the ministry had completed the process of appointing information commissioners as per the information act 2017. The SAPM also briefed the PM on various organizational reforms in the ministry and related departments to enhance their performance. The long-needed institutional restructuring that was needed in these departments is finally underway in a meaningful manner.

In order to take the nation into confidence over the government’s performance in its first year, the PM is set to address the nation and highlight the progress it has made in a speech on the 18th of August. Ministries have been ordered to submit their performance reports alongside their five key achievements in their initial year.

Promoting a tradition of apprising the public about government performance, would foster a healthy democratic atmosphere in Pakistan.

The PM will personally review the performance of the ministries and then decide how to proceed. It was exactly a year before the announced date (August 18th, 2018) that the PM took his oath to occupy the premier’s office in a refreshingly simple ceremony at the President’s house in Islamabad.

Cabinet reshuffle is not PM Imran Khan’s failure. It shows his strength to admit that certain choices were bad and no one is indispensable. Nobody is above the country. Bold decision.

In April, the Prime Minister directed a major reshuffling of the federal cabinet on grounds of dissatisfaction with the performance of ministries. Some ministers were relieved of their duties altogether, while some were given other portfolios. New additions were also made to the cabinet.

Fawad Chaudhry was moved from the Ministry of Information to the portfolio of Science and Technology, while Asad Umar was replaced by Dr. Hafeez Sheikh in a key move for the struggling national economy. Ijaz Shah was appointed Interior Minister, amidst some controversy.

These actions show a sense of accountability in the PTI government which all previous governments in Pakistan have lacked. Performance-based appointments will now alert all those who occupy these offices that they cannot come out the other side unscathed if they do not perform.

As part of a cabinet reshuffle PM desired that I take the energy minister portfolio instead of finance. However, I have obtained his consent to not take any cabinet position. I strongly believe @ImranKhanPTI is the best hope for Pakistan and inshallah will make a naya pakistan

Previous articleImran Khan: BJP has proved it does not want Muslims in India
Next articleIs a no-deal Brexit on the horizon?

16 September 2021
Previous articleImran Khan: BJP has proved it does not want Muslims in India
Next articleIs a no-deal Brexit on the horizon?