Covid-19 pandemic has exposed the neo-liberal system. Unconventional political systems already seem to dominate the pandemic ridden world. Every historical and landmark crisis brought a revolution in the world order. How will Covid-19 crisis bring systems down and which other systems will take positions? 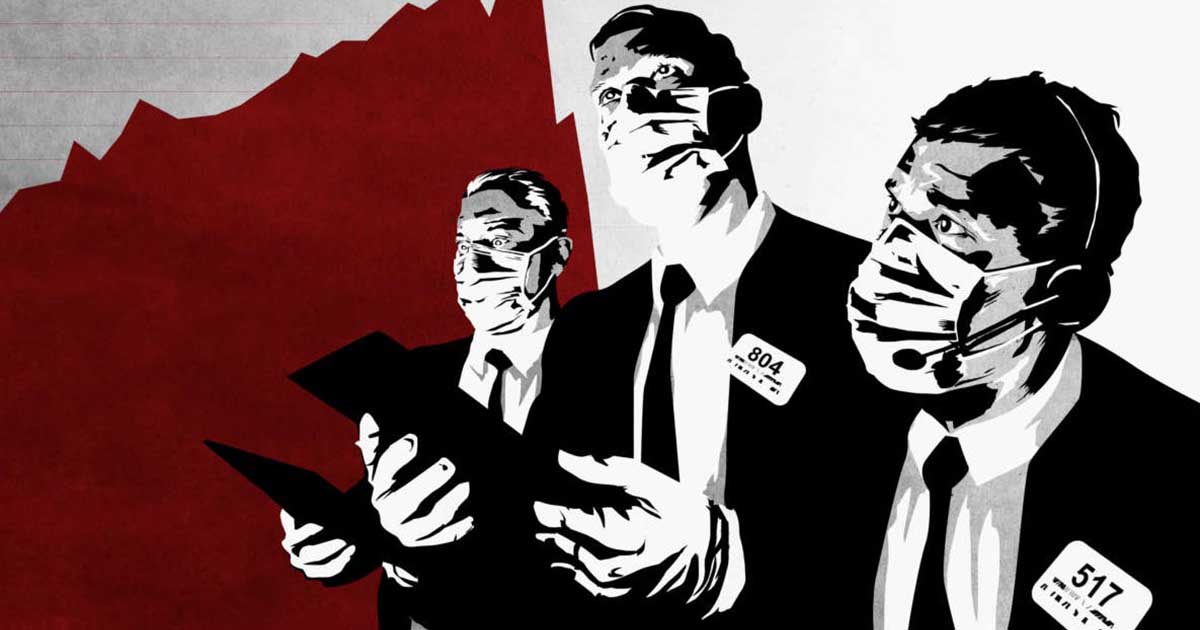 COVID-19 is not just an infectious disease; it’s a sense of impending doom. Impending doom in a sense that something life-threatening or tragic is about to occur in terms of imminent death. Nothing shatters the mind more ferociously than the fear of impending death. Not countries but homes are now borders. Not physical world but cyberspace is the new mode of interaction. Not globalization of trade rather globalization of virus is the novel norm.

With the exponential rise of infection beyond borders, the pandemic is truly worldwide triggering the global health crisis. In sum, social distancing—staying away from each other—to ward off contagion is the “new sovereignty”. While the entire world still bears the brunt of the deadly virus with more than 75 thousand deaths and 1.3 million new confirmed cases, the discernment of post-COVID-19 world now is a long row to hoe.

The million-dollar question henceforth becomes: Is COVID-19 the watershed moment of the 21st century? Does the ventilator shortage, as Noam Chomsky points out, expose the cruelty of neo-liberal capitalism—as there’s no profit in preventing a futuristic health catastrophe? The above questions need to be examined with substantial rearing key ideals of previous centuries.

The disintegration of the Soviet Union brought about Fukuyama’s “End of History”—the ascendency of Western liberal democracy as an end-point of mankind ideological evolution and its universalization as the final form of human government. These events were epoch-making events as each of these events profoundly influenced the course of history, with or without a bloodbath.

We entered into 21st century with 9/11—an event that terrified billions and shook political structures of the world. But even then, terrorism could not considerably change the political arrangements. Nevertheless, the horrific carnage in the wake of 9/11, terrorism hardly altered the political balance of power in Europe. Yes, the Middle East was obliterated, Afghanistan was decimated and Pakistan was disrupted. But the US-dominated unipolar world order overall remained unchanged and unchallenged.

The United States assumed the role of the global leader in previous crises such as terrorism in the wake of 9/11, 2008 financial meltdown and 2014 Ebola epidemic. But what about the present COVID-19 pandemic? Nothing but a collective paralysis has grasped the world. Donald Trump has become ‘dotard’ and cares more about Chloroquine by intimidating Modi than strengthening the health system.

The USA under the auspices of Trump has abandoned even its closest allies. Without issuing any advanced notice, it banned all travel from the European Union. It scandalized German pharmaceutical company by allegedly receiving $1bn by the government for buying monopoly rights to a new COVID-19 vaccine.

US blamed coronavirus as a “Chinese virus”. This shifting blame rather than taking responsibility is the “new normal” set by the US administration. Yuval Noah Harari aptly states: “If the void left by the US isn’t filled by other countries, not only will it be much harder to stop the current epidemic, but its legacy will continue to poison international relations for years to come.”

Putin is sending medical aid to the USA on planes having conspicuous insignias: “From Russia with love”. Xi is smiling too

Nations cohere and thrive on one belief; their systems can foresee calamity, arrest its impact and restore stability. But when systems fail, a vacuum is created leading to breach of public trust and social. Ultimately, we witness the collapse of international order, peace and global stability in the long run. At this point, the COVID-19 spirals out of control with unprecedented ferocity. Failure to control this has further highlighted the weakness of neo-liberal institutions in western countries.

The US, a global champion of neo-liberal world order, has become the global epicenter of the crisis. Even the best hospitals lack basic equipment. Noam Chomsky rightly points out: “It’s tempting to cast the blame on Trump for the disastrous response to the crisis. But if we hope to avert future catastrophes, we must look beyond him. Trump came to office in a sick society, afflicted by 40 years of neoliberalism, with still deeper roots.” Hence in light of Chomsky’s observation, the “End of History” ended up with the beginning of new political order.

So, what’s next? How will the post-coronavirus world be looked like? The last century, peppered with the silliest of the silly “End of History” thesis, developed immense trust in the liberal thought and rational individual. Democracy is founded on the idea that the voter knows best. Free-market capitalism believes that the customer is always right. Liberal education teaches students to think for themselves. Here at this stage, Yuval Noah Harari advocates ignorance, “We know less than we think”.

Referendums and elections are always about human feelings, not about human rationality. Freedom of assembly is a fundamental right. Before COVID-19, where was this fundamental right? Doesn’t the quarantine invoke the jurisdiction of court warranting writ of habeas corpus? But no one tries to restore his/her fundamental rights amid COVID-19 bullying? No court will dare to penalize COVID-19 for its exponential furies.

It looks like a state with the least regard to liberal hopscotch by “making an authoritarian power grab” will cope with COVID-19. Benjamin Netanyahu’s suspension of legislature and courts in Israel manifests how COVID-19 is dethroning the neo-liberal systems all over the world.

Isn’t new political order in sync with the securitization of COVID-19, lending legitimacy to unchecked emergency powers, becoming a classical liberal nightmare? Putin is sending medical aid to the USA on planes having conspicuous insignias: “From Russia with love”. Xi is smiling too. He veritably knows that cure of “Chinese Virus” is only “Chinese authoritarianism”. The days of neo-liberal political order have long been numbered.

Ali Abbas is a lawyer based in Islamabad and currently working with a law firm namely Kharal & Co. The views expressed in this article are the author’s own and do not necessarily reflect Global Village Space’s editorial policy.

Russia can mediate a grand bargain on Syria

Why is India violating ceasefire on LOC amid Corona?