Israeli PM Netanyahu panicked and rushed back to Israel, cutting his visit to Athens short, after Hezbollah Chief Hassan Nasrallah vowed to avenge Iranian General Soleimani who was murdered in a strike in Baghdad, ordered by the U.S. President Donald Trump. 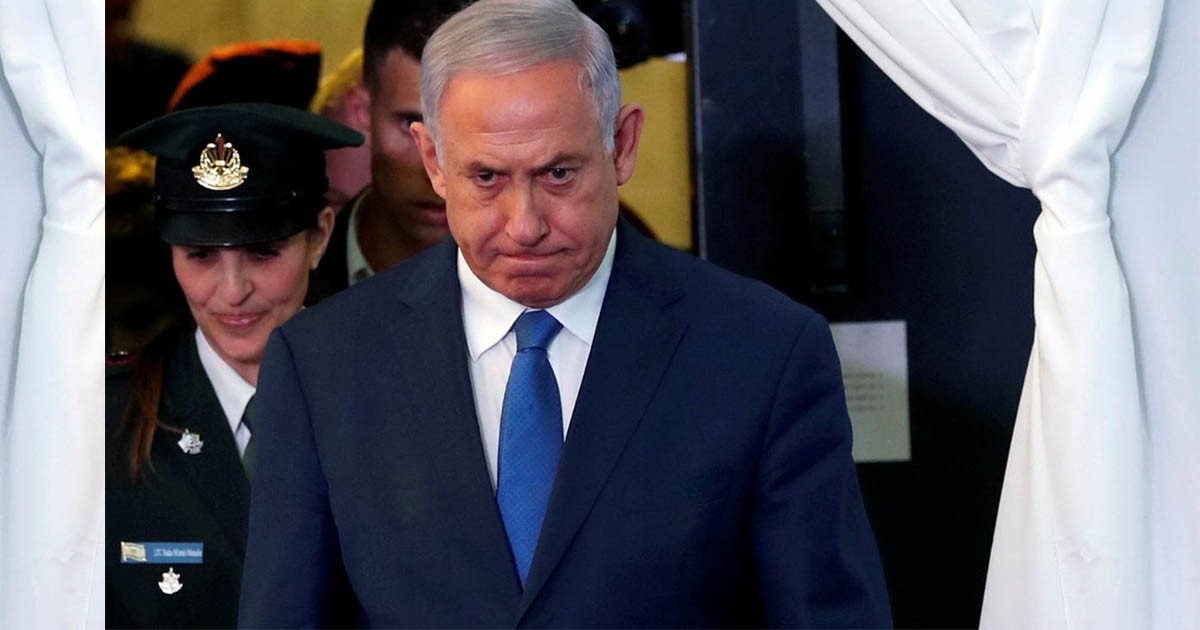 Israeli Prime Minister Benjamin Netanyahu cut short a visit to Greece and flew home Friday as Lebanon’s Hezbollah demanded revenge for the killing of a top Iranian commander in a US strike.

A source in Netanyahu’s office said that the premier was returning from Athens but did not elaborate.

In light of the recent developments in the region, Prime minister #Netanyahu is cutting short his state visit to #Greece and will get back to #Israel this afternoon. pic.twitter.com/qoxQKooUz6— Amir Tsarfati (@BeholdIsrael) January 3, 2020

“Meting out the appropriate punishment to these criminal assassins… will be the responsibility and task of all resistance fighters worldwide,” Hezbollah chief Hassan Nasrallah said in a statement.

#Hezbollah Secretary General Sayyed Hasan Nasrallah stressed that the just retribution of the killers of leader of al-Quds Failaq is responsibility of all the resistance fighters throughout the world, asserting that the #US killers will not achieve any goals by their crime. pic.twitter.com/DqHGzesBl2— 🇸🇾 NadieHarbieh 🇸🇾 (@HarbiehNadie) January 3, 2020

The Israeli PM has, however, justified U.S.’ actions by terming the assassination as an act of self defense. Netanyahu praised U.S. President Trump for “acting swiftly, forcefully and decisively” and alleged that Iranian General Soleimani was responsible for the deaths of many innocent people including U.S. citizens.

Prime Minister Benjamin Netanyahu:
"Just as Israel has the right of self-defense, the United States has exactly the same right.

Qassem Soleimani is responsible for the death of American citizens and many other innocent people. He was planning more such attacks. pic.twitter.com/tuCKQn0mbf

In the Gaza Strip, the Islamist Hamas movement which rules the territory, condemned Soleimani’s killing but did not make any overt threats

The Israeli army on Friday closed a ski resort in the annexed Golan Heights, which border Lebanon and Syria.

“Following a security assessment, it was decided to close Mount Hermon to visitors today,” an army spokeswoman told AFP.

#Israel Prime Minister #Netanyahu returning now from Greece headed back Home to israel — I wouldn’t be shocked if his plane is escorted by fighter jets following the #Soleimani assassination.— Yitzy Kohn (@BelaazReporter) January 3, 2020

“There are no further instructions for civilians in the area.”

The ski resort on Mount Hermon lies in the Israeli-occupied part of the Golan Heights, which Israel seized from Syria in the Six-Day War of 1967 and later annexed in a move still not recognised by most of the international community.

Across the armistice line sits the Shiite Hezbollah, Israel’s bitter foe with which it fought in 2006. There has so far been no official Israeli comment on the killing of Soleimani.

Israel’s security cabinet was to hold an emergence session Friday, Israeli media said. The papers reported that Netanyahu had ordered ministers not to comment on the killing.

Yair Lapid, a senior member of the Blue and White alliance seeking to unseat Netanyahu, was however quick to congratulate President Donald Trump in a Facebook post.

Read more: Iran can wipe out Israel if threatened: Hezbollah

“He who led murderous terrorist attacks from Damascus to Buenos Aires and was responsible for the deaths of thousands of innocents got the end he deserved.

“The Iranian regime is a terror regime and, against terror, determination and strength are required,” Lapid wrote. In the Gaza Strip, the Islamist Hamas movement which rules the territory, condemned Soleimani’s killing but did not make any overt threats.

“Hamas sends its condolences to the Iranian leadership and people,” a statement said.

“Hamas condemns this American crime which raises tension in the region.”

Yousuf Raza Gillani to be elected as Chairman Senate?

China’s CGTN able to broadcast in Britain despite ban

Vote of confidence: When will government summon National Assembly’s session?

23 Miyawaki urban forests to be established in F-9 park: Zartaj

China in the Middle East: Stepping up to the plate

Yousuf Raza Gillani to be elected as Chairman Senate?

“History was made: Decline of a Dynasty Televised Live”

Is Turkey on its way to regional and international dominance in global diplomacy?