Afghan elections took place at a time when US is negotiating a peace deal with Afghan Taliban. But Afghan government is not part of this deal between the U.S. and the Taliban. The Afghan Peace deal is highly doubtful to be successful as there is no sign of Taliban and Kabul government sitting together. 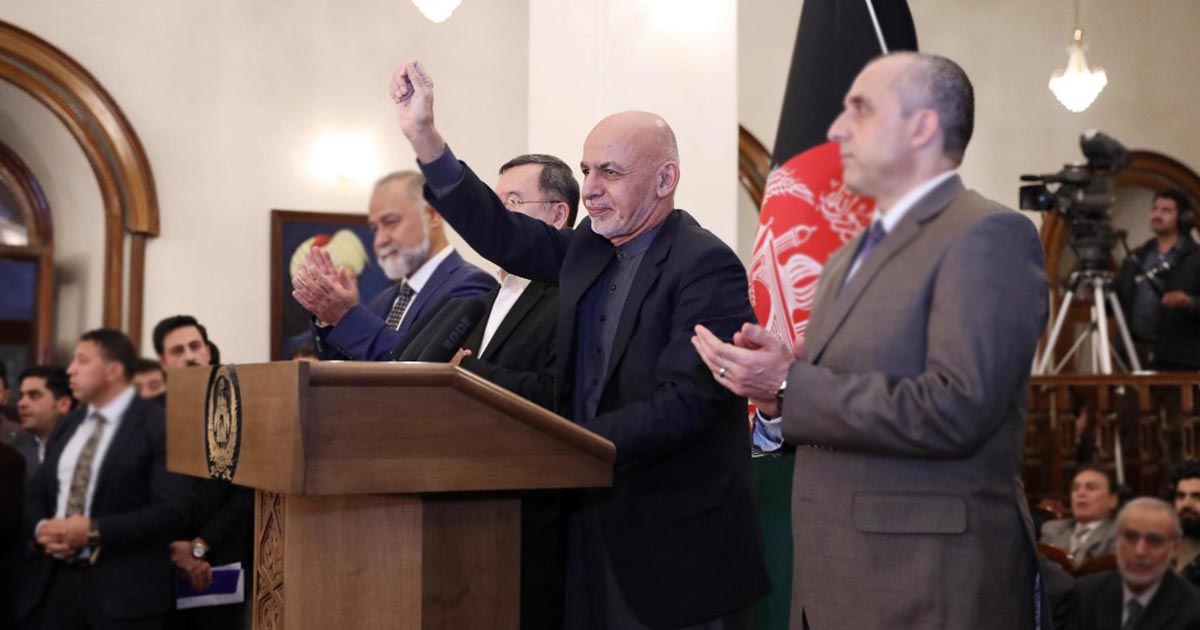 An evidently confident Ghani embraced his supporters at the highly guarded Arg palace in the capital Kabul after the long awaited results of last September’s election were announced.

“The government’s arms are open to Taliban and other groups. We want peace and sustainable peace. And, God willing this team would bring peace to Afghanistan,” said the 70-year-old former World Bank economist.

The civil war of 1990s in Afghanistan involved ethnic groups. Post 9/11, US allied with Northern Group who fought with Afghan Taliban

AFGHAN President Ghani won with a 50.64% lead, leaving no room for an election rerun.

Congratulations to the whole Afghan Nation!!!

Dr. Ashraf Ghani become the President of Afghanistan for second time by winning the Presidential elections by 50.64%. pic.twitter.com/bzB0LyanVB

Abdullah on Tuesday called the results “illegal, a coup against democracy, and national treason”. He announced to form a parallel government dubbed as ‘inclusive government’ by declaring his Peace and Stability team as the winner.

Similarly troubled presidential polls in 2014 delivered a weak and divided national unity government under Ghani and Abdullah, when the country was pushed to the edge of disorder amid withdrawal of some 100,000 foreign troops

Read more: Ashraf Ghani: from academia to the Afghan presidency

Afghan Peace Deal, only between US and Taliban

US is negotiating a peace deal with Afghan Taliban, which spectators say is going to be successful. But the Afghan government is not part of this deal between the U.S. and the Taliban. In such case the success of the deal is highly doubtful.

The whole reason that Ambassador Khalilzad and the United States as a whole embarked on negotiations bilaterally with the Taliban was so that they would go on to meet with the Afghan government. The idea has never been that we are going to sign agreement with the Taliban, and we are simply going to leave. Pakistan is also pursuing Afghan taliban to talk to Afghan President Ashraf Ghani.

The Ethnic Issue in the Afghan Crisis

This is one of the reason why Afghan Taliban do not want to hold talks with the Kabul government. If the deadlock continues there is a high chance that Afghan peace may not come soon.

Afghanistan – A view from Pakistan