New Delhi must resume negotiations with Pak after the Indian election: FM Qureshi

Foreign Minister Shah Mehmood Qureshi has urged New Delhi to return to the negotiating table and resume dialogue with Pakistan to uphold regional peace and stability once the new government is ushered in after the results of the Indian general election are finalized. 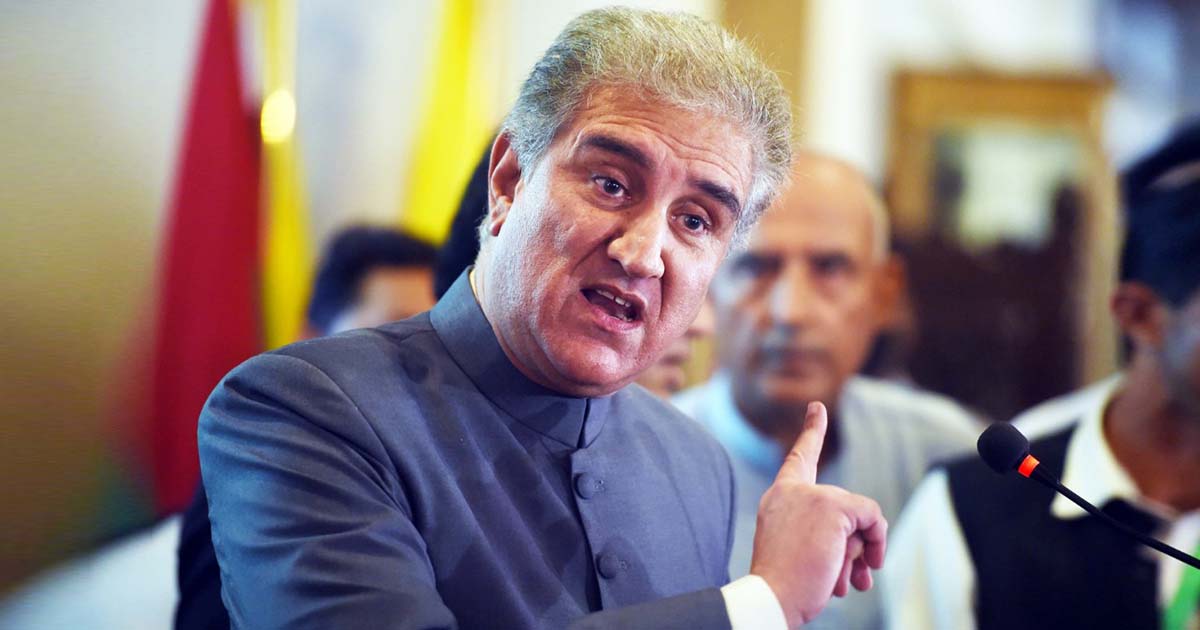 Radio Pakistan reported that FM Qureshi stressed that India and Pakistan must resume bilateral dialogue and undertake negotiations to promote regional peace. While speaking on Pakistan Television, FM Qureshi stated, “War, which has always brought destruction, cannot be considered as an option, particularly when both the countries are nuclear powers.”

Highlighting the plight of innocent Kashmiris dying at the hands of the barbaric Indian occupation forces, FM Qureshi regretted, “Kashmir is burning as India is trying to suppress the voice of Kashmiris through military presence and its black laws.” He stressed that in the modern age of electronic media and the internet, India cannot suppress the voice of the Kashmiris, who seek their right to self-determination.

FM Qureshi will also address the session, along with holding bilateral dialogue with multiple foreign ministers attending the summit, along with the Secretary-General of the SCO.

Foreign Minister, Shah Mehmood Qureshi, stressed that the Kashmiri struggle for right to self-determination has been supported and validated by the support of the European Union and the United Nations.

Pakistan’s top diplomat also shed light on the Kulbhushan Jadhav case, stating, “Indian spy Kulbhushan Jadhav had confessed that he was involved in subversive activities in Pakistan.” Qureshi added that New Delhi wanted Jadhav’s release but he will be trialed for his crimes, according to Pakistan’s laws.

Radio Pakistan reported that the two-day summit will be attended by Foreign Ministers and foreign officials of the SCO member countries in order to approve the resolutions that will be implemented by the council of head of states in the SCO meeting that is scheduled for June.

FM Qureshi will also address the session, along with holding bilateral dialogue with multiple foreign ministers attending the summit, along with the Secretary-General of the SCO.

British PM Boris Johnson apologizes for anti-Islam remarks in past

Internet Shutdowns in South Asia: WHO asked to play its role amid pandemic