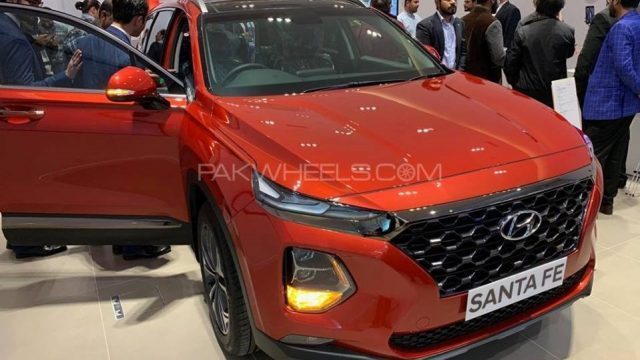 The Year 2018 promises to bring a lot of change to the Pakistani car industry and car buyers. The fresh new entries are projected to become a boon for car enthusiasts, as well as the local automobile market as many international auto manufacturers are entering the country while some are choosing to invest in already available automakers.

Both international players, as well as local manufacturers, are prepared to introduce new models in the car market. The new entrants range from French automaker Renault to Korean carmakers such as KIA and Hyundai as well as Chinese firms.

The French company Renault is considered to be among the more prominent of the new entrants. It is reported that Renault has entered into a definitive agreement with Al-Futtaim to gain access to the Pakistani market. According to the deal, Renault will bring its latest products and technology while Al-Futtaim will establish a new manufacturing and assembly plant and distribute the cars. It is expected that the Renault SUV Duster will be the first vehicle to be co-launched by Renault and Al-Futtaim.

A major case is Sazgar Engineering Works Ltd which has signed an agreement with a Chinese auto manufacturer to assemble and distribute cars in the local market.

Hyundai Nishat Motors is the company set to launch Hyundai cars in Pakistan. According to media sources, Hyundai will be launching four vehicles in the country, which have also been spotted in Pakistan. The models are Hyundai Elantra, Hyundai Tucson, Hyundai Verna and Hyundai Creta.

There are many other local car assemblers that have also joined hands with other foreign automobile manufacturers to assemble vehicles in the country. A major case is Sazgar Engineering Works Ltd which has signed an agreement with a Chinese auto manufacturer to assemble and distribute cars in the local market.

Moreover, the German automobile giant Volkswagen is also projected to enter the Pakistani market. Volkswagen’s member of board management Dr. Joseph Baumert met the Prime Minister of Pakistan in his office and expressed his company’s intention to invest in Pakistan.

Not far behind, United Motors is all set to launch brand new models into Pakistan. United is all set to introduce an 800cc car and a 1000cc pickup in Pakistan. While the company is the 2nd largest bike-selling brand in the country, It is now venturing into the car manufacturing domain. It is expected that the United Auto Industries will be launching the first variant of the new car in the first half of the year 2018. This move is all set to inculcate diversity in the local auto industry.

The French company Renault is considered to be among the more prominent of the new entrants. It is reported that Renault has entered into a definitive agreement with Al-Futtaim to gain access to the Pakistani market.

United Motors (Pvt) Ltd has entered into a venture with a Chinese automaker to produce these two new vehicles for the Pakistani consumers. The company is building its own production plant in Lahore, which is near completion and will market its products with the local brand name “UNITED”.

Another bike manufacturer Road Prince has joined hands with DFSK—a Chinese company and is launching three CBU (Completely Built Units) vehicles for 2018 in the country under the banner of Regal automobiles.

These changes have not gone unnoticed by the local automakers such as Toyota, Honda, and Suzuki. Toyota known as IMC in Pakistan will launch a diesel variant of the 2018 Toyota Fortuner in the country.

There are also reports that assert that IMC will cease its famous GLI and XLI models. While it is yet to be confirmed which models will replace them, car enthusiast website Pakwheels predicts that they will be replaced by either 1300cc 2018 Vios or a 1.0L 2018 Yaris (Vitz). This will be beside the launch of a new Hybrid Toyota Camry in 2018.

Pak Suzuki is also not far behind and is reported to be planning to launch a couple of new models of vehicles in 2018 as well as bring updates to the current lineup. The company on Monday has launched all-new 2018 Mega Carry for its local consumers.

Pak Suzuki has been under fire especially for its Mehran model which is basically a revamped 1980 era Alto. It is hoped that a new injection of 800 cc cars will help diversify the 800cc segment of the car market.

United Motors (Pvt) Ltd has entered into a venture with a Chinese automaker to produce these two new vehicles for the Pakistani consumers.

The introduction of more foreign car companies can be hugely beneficial for the immensely saturated Pakistani car market. After years of just Honda Civics and Toyota Corollas to choose from, the Pakistani car consumer will now finally have a much wider range to choose from and perhaps even be able to upgrade in terms of manufacturing quality with reliable European car companies like Renault and Volkswagen.

Khan pulled a huge gathering, can he be a harbinger of change for his fellow countrymen

Pakistan & Afghanistan are on road to peace but it’s bumpy