Niqab & Radicalism: Finding connections where there aren’t any

Indonesia seeks to ban Niqab in Public offices after attacks on senior government figures but making the connection between such attacks and face-covering remains a challenge for Indonesia. 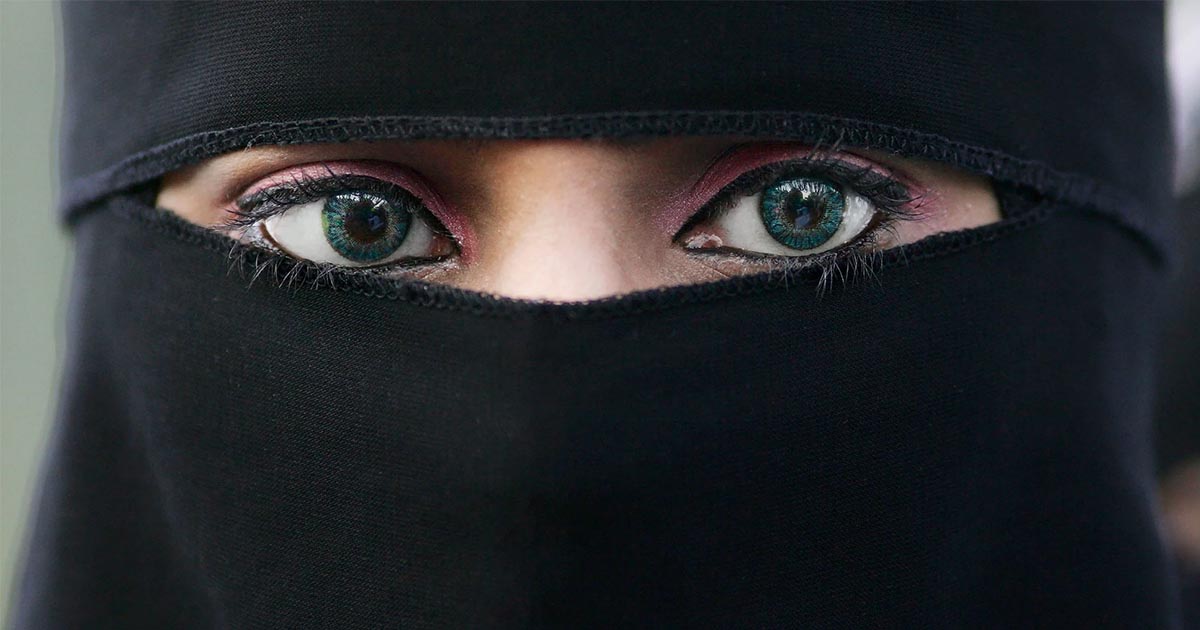 Less than two weeks after Indonesian President Joko “Jokowi” Widodo installed his cabinet for his second term, one of his ministers stirred controversy last month with a plan to ban the niqab in government offices. Religious Affairs Minister Fachrul Razi suggested the plan as a security measure following the knife attacks on former chief security minister Wiranto by two radicals in early October.

The niqab or face veil is typically worn in countries of the Arabian Peninsula. Due to its associations with the region, most Indonesians interpret it as “foreign” and immoderate. Such assumptions grow from anti-Arab prejudices in Indonesia, the world’s largest Muslim population.

There is a Foucauldian power in seeing others without being seen, a type of power that typically belongs to men, so this is a case of turning the tables on the male voyeur

Bias against Arabs has coalesced over the decades with the abuse of female domestic workers in Saudi Arabia and the rise of Arab-linked radical groups like Darul Islam and Jemaah Islamiyah. These two militant groups share a similar mission to purify the nation from secularism and establish an “Islamic State” within Indonesia.

Now, with the plan to ban the niqab in government offices, Jokowi’s newly formed cabinet is making a gendered statement of how “radical” Islam should be contained. But it does not make much sense.

Consider the “slippery slope” argument: if we accept one instance of policing how women dress, it might mean opening the floodgates to further encroachment into women’s expression of identity and practice. If we acquiesce to the ban on the niqab, what makes the banning of other types of women’s clothing any different?

Why the ban does not make sense

In a world that disproportionately targets what Muslim women wear, the niqab is somehow “different” from nearly all other items of women’s clothing. Its function is to conceal as opposed to expose and flatter the female body. At the same time, it is seen as an affront to the ideological project to integrate women into a standard national model of femininity.

In Indonesia, the moral panic over the niqab takes place during moments of crisis and consolidation against the threat of “extremist” Islam to the sanctity of the nation and its ideology, Pancasila.

When the New Order banned the use of headscarves in schools, it did so with the objective of limiting the influence of Islamic fundamentalism and the supposed tide of “Arabization” of Indonesian culture.

But xenophobic fear of the fundamentalist “Other” interfered with women’s job prospects. During this period, veiled women faced difficulties with progressing in their careers in government bureaucracy.

Women wearing the niqab were labeled as “fanatics” and, ironically, immodest in their overt piety and sanctimoniousness. There is, however, very little evidence that a niqab ban can curtail homegrown terrorism.

Banning what certain women can wear is a proxy for the highly symbolic low-hanging fruit that the Indonesian government is grasping for legitimacy. Women are the softest targets of crisis management.

As a group, they are the easiest to control because women are caught in a web of cultural and socioeconomic vulnerabilities. Being the bearers of culture and religion, control of this soft target is expected to yield maximum political results. But, in reality, women who join extremist groups are diverse in appearance and outlook.

Although some may hail the niqab ban as a symbolically expedient move in the present landscape of competing Islamist politics, it is a vestigial impulse from the New Order playbook.

The micromanagement of Indonesia’s bureaucratic class recalls the days of the New Order under General Suharto’s authoritarian rule. His regime regulated the personal lives of civil servants, who they could marry and how many, for example.

In a strictly hierarchical culture, a trickle-down emulation of model behavior of monogamy and subservient domestic femininity legitimized by higher-ranking civil servants is impressed upon the rest of Indonesian society.

Why women wear what they wear

Sartorial policing is a reality that women the world over know intimately. Being piously dressed is no guarantee of liberation from the male gaze and control. In the case of the niqab, men yet again dominate a public discourse on what a small minority of Indonesian women can or cannot wear, and whether a woman should be covered or exposed.

The testimony of women who participate in organizations that defend the niqab reveals a different logic that makes plenty of sense. Aside from an externalized expression of their faith, the niqab is but a precarious shield from misogynistic rape culture.

The fabric that covers part of their face provides temporary relief from the unrelenting male gaze that judges objectify and violates. It is not a form of passive resistance either but offers its wearer some control over what others can see. For some wearers, the niqab elicits unexpected pleasure.

As a group, they are the easiest to control because women are caught in a web of cultural and socioeconomic vulnerabilities

There is a Foucauldian power in seeing others without being seen, a type of power that typically belongs to men, so this is a case of turning the tables on the male voyeur.

Unlike the prevailing view that the appearance of the niqab in Indonesia represents an invasion of a “foreign”, “Arab” Islam into Indonesia, we are better off regarding it as a culmination of two processes; the unstoppable globalization of Islam and a cultural refusal to adequately address gender inequality and violence against women and children.

This article is not interested in the vacuous rhetoric of “choice”. Making a case for a woman’s “choice” closes down debate and ignores the complex push and pull of ritualized obligation, social pressure, and personal decision-making.

In a culture where it is impossible to dress without the comment or judgment of others, overt or otherwise, a woman’s decision to wear the niqab is never just about “choice”. Instead, it points more urgently to new ways of expressing Islamic identity and the failure to take misogyny and sexual harassment seriously.

The Indonesian government loses when it takes a leaf out of the Islamophobic logic behind similar bans in Europe. Taking the ostensibly “moderate” line through illiberal means creates resentment and pushes pious and conservative Muslim women further into the margins while empowering the men who claim to speak for them.

Could the US be responsible for anti-government protests in Iran?