No ‘change’ in Punjab: Is that why PML-Q stands by Usman Buzdar? 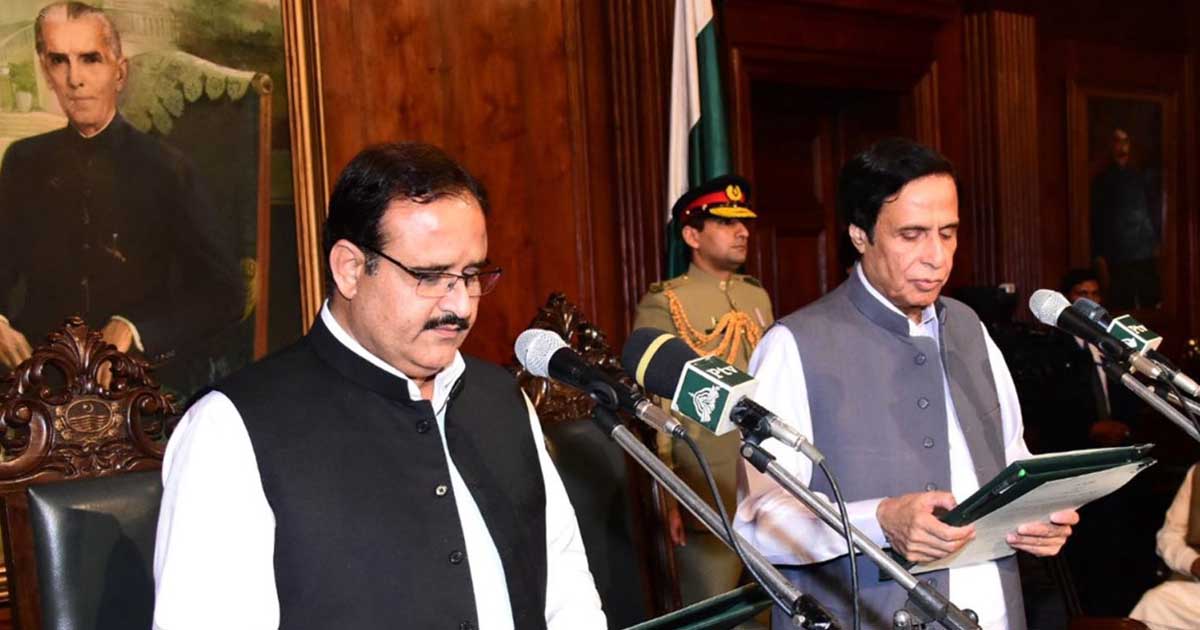 The PML-Q leader said that his political party was standing alongside Punjab chief minister from the first day and it will continue to support Buzdar in future as well. He added that all should pray for further strengthening of coalition partnership between the political parties.

It is pertinent to mention here that rumors were circulating that major changes were coming in Punjab as well, after the reshuffle in the federal cabinet by the Prime Minister Imran Khan. However, the government made clarification later that PM Khan has complete confidence over the Punjab Chief Minister Sardar Usman Buzdar.

Well-placed sources claim that the Prime Minister had decided to replace Mr. Buzdar after he announced the decision of Asad Umar’s replacement, but that the “Chaudhary brothers do not want Buzdar to go anywhere. Pervez Elahi is the most powerful man in the province because of an inexperienced chief minister who is even unable to work with bureaucracy,” sources maintain.

Local media are abuzz with reports that Prime Minister Imran Khan was considering to replace Usman Buzdar. Private TV channel reported last Friday, that the prime minister has summoned progress report of Punjab ministers from the chief minister and also sought performance report of the Punjab government from various departments. Sources informed GVS that the changing of six provincial ministers’ portfolios is on the cards including, health, prisons, energy, labour, excise, and food.

Social media personalities have been demanding that Usman Buzdar should immediately be replaced for not delivering in Punjab. In a talk-show Breaking with Malick, anchorperson Muhammad Malick broke the news that three names are being considered to replace CM Buzdar. Mohsin Langrial, Aslam Iqbal and Makhdoom Hashim Jawan Bakht. “Buzdar has reportedly been given three months to improve his performance otherwise he’ll be replace,” he added.

Analysts believe that while Prime Minister Khan is clear about what he wants, he is unable to get a competent team in order to materialize his idea of change. Irshad Bhatti, a prominent analyst, argues that the PM failed to appointment competent individuals in the driving seats in Punjab and KPK. “What PM needs to do is very clear. Appoint four to five competent federal ministers and two dynamic and visionary men in Punjab and KPK.”

There are also some reports which suggest that there is a tussle going on between Governor Punjab Muhammad Sarwar and the PML-Q leadership. The police chief in the province along with the chief secretary are reportedly two blue-eyed men of Pervaiz Elahi former chief minister Punjab and the sitting speaker of the Punjab assembly. PML-Q desires to go with Usman Buzdar to maintain its control across the province.

However, Ch. Sarwar and some other senior leaders of the party do not feel comfortable and are demanding immediate replacement of Buzdar. It is yet to be seen that how will PM Khan go move forward in Punjab which is the largest province (in terms of population) and traditional political hold of the former ruling party Pakistan Muslim League-Nawaz (PML-N).

PM Khan promised to bring significant changes in bureaucracy and police department before winning the general elections in 2018. The people of Punjab are reportedly now waiting for the promised change in the province.

Freemasons of Democracy should be disarmed

Did CM Punjab order the transfer of DPO Gondal?