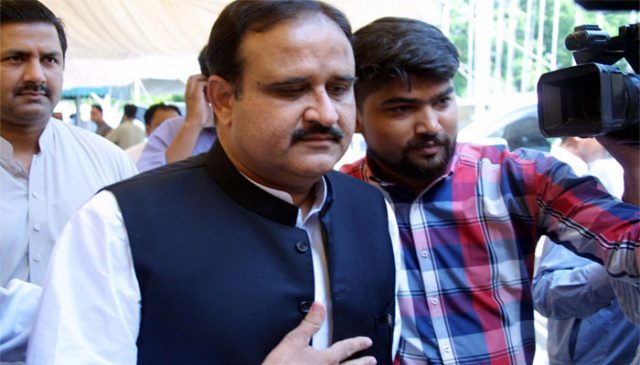 Pakistan Tehreek-e-Insaf (PTI) has broken the ice and announced that it will stand by Usman Buzdar, chief minister of Punjab.

Dr Firdous Ashiq Awan, special assistant to the prime minister for information and broadcasting, on Monday said that a majority of members of the Punjab Assembly have confidence in the governance of Chief Minister Usman Buzdar.

She also said categorically that Buzdar was “not alone”. She rubbished all local media reports which suggest removal of CM Punjab.

“Buzdar has reportedly been given three months to improve his performance otherwise he’ll be replaced,” he added. But the PTI has officially rubbished these reports and assured full confidence in Buzdar.

Expression of Faith in Buzdar

Awan congratulated Buzdar, saying that all the PTI members in the provincial assembly had expressed their faith in him. “Our opponents were spreading rumors every other day about the governance [and] performance of the Punjab chief minister,” she said.

Dr Awan praised Usman Buzdar for tirelessly working and implementing the vision of Prime Minister Imran Khan. “Usman Buzdar is liked by everyone in the province,” she added.
Moreover, local media reported that a meeting of the PTI’s parliamentary party on Monday endorsed Buzdar’s leadership. Members of the party at the gathering chaired by Buzdar said they did not want the chief minister to be replaced, and they even stood up to applaud Buzdar as an expression of approval.

Rumors and Calls for Buzdar’s Replacement

Several reports emerged on local media suggesting immediate replacement of CM Punjab in the past few days. Several analysts speculated and predicted a change in Punjab.

Particularly after former finance minister Asad Umar’s resignation over his alleged poor performance, many analysts pointed out if Usman Buzdar was more competent than Umar? Kashif Abbasi, a prominent Pakistani journalist, asked Asad Umar if he was more incompetent than Usman Buzdar? “What can I say?” replied Umar.

Social media also demanded that Usman Buzdar should immediately be replaced for not being able to deliver in Punjab. Social media users quoted several examples of misgovernance in the province which suggested helplessness of the current CM before bureaucracy and police. Therefore, Buzdar’s replacement is now on the cards.

The PTI does not enjoy an absolute majority in Punjab rather it had to seek the help of several independents and the PML-Q to form the government. Currently, Chaudhry Pervez Elahi of the PML-Q is the speaker of the Punjab Assembly.

“Buzdar has reportedly been given three months to improve his performance otherwise he’ll be replaced,” he added. But the PTI has officially rubbished these reports and assured full confidence in Buzdar.

Sources claim that there are two groups within the PTI and one group reportedly being led by Jahangir Khan Tareen, senior PTI leader who was disqualified by the Supreme Court of Pakistan a year ago and is not willing to let PM Khan replace CM Buzdar.
Read more: Asad Umar urges followers to support PM Imran Khan

Senior analyst Haroon Rashid in a local TV program Think Tank claimed that Tareen was not convinced to bring any immediate change in Punjab. Therefore, PM did not issue instructions to change Buzdar. However, some sources also claim that Chaudhary brothers in Punjab are comfortable with CM Buzdar and are pursuing the prime minister not to replace the current chief minister.

The PTI does not enjoy an absolute majority in Punjab rather it had to seek the help of several independents and the PML-Q to form the government. Currently, Chaudhry Pervez Elahi of the PML-Q is the speaker of the Punjab Assembly.

Political commentators believe that there are various factors like the predominance of PML-Q, Tareen, and pressure by the independents who joined the PTI which suggest that the government may not find it appropriate to replace Buzdar.
Read more: Naya Pakistan: New Cabinet and the future of old-PTI

However, it is also confirmed that Buzdar has been advised by the prime minister to improve his performance in the next three months if he wants to stay in the seat of the CM.

Is Pakistan at risk of coup in 2017 along with Turkey, Russia and US?

Why Imran Khan is not a cheat?