No NRO For Those Who Looted Nation’s Wealth: PM Imran Khan

Prime Minister Imran Khan said that those who have looted the wealth of the Pakistani people do not deserve to be spared or given any relaxations. He reiterated his resolve to not give any NRO to the corrupt politicians facing the accountability tribunal. 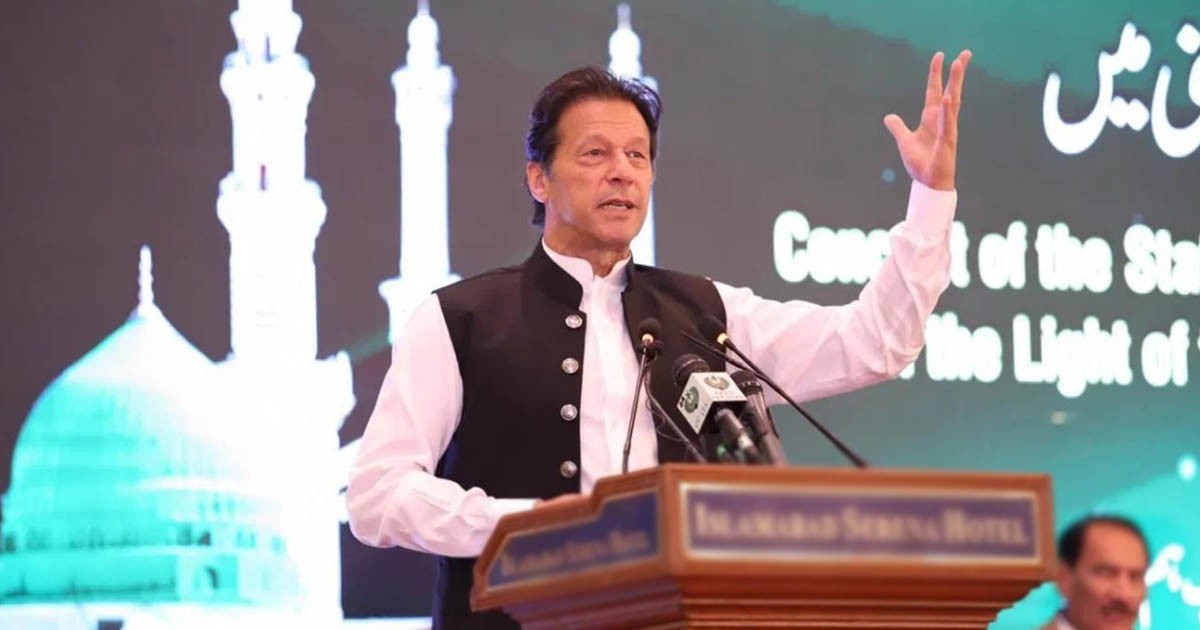 Prime Minister Imran Khan, on Saturday, reiterated his resolve of not sparing those who had plundered the wealth of the Pakistani nation.

Speaking at the International Rehmatul-Lil Alameen (SAW) Conference, held at the Federal Capital, the Premier said that no exemptions will be made, and the corrupt politicians will not be given an NRO.

Not My Money that they Looted

Prime Minister Imran Khan said that the corrupt politicians had looted the wealth of the nation, and stressed that it is not his money that has been plundered. The premier said, “People say that I ought to forgive those who have plundered the nations’ wealth, but it is not my money that they have looted.”

No #NRO for #NawazSharif, will have to face cases when he recovers: PM #ImranKhan

The Prime Minister observed that people are willing to donate and support charities, but they remain unwilling to pay their taxes. He said, “If they don’t pay their taxes, how will the country prosper? Those who have looted the nations’ wealth deserve no right to leniency and relaxations.”

Narrating an incident from his childhood, he said, “When I was young, my father would force me to go to the mosque and offer my Friday prayers. I would only go out of respect for my father. I also went to the mosque to offer my prayers, but inside, inside I had no faith.”

Prime Minister Imran Khan continued, “My journey towards faith has unfolded as I have lived my life, and I believe it has been a long journey, one that is still ongoing.” He said that he has great compassion for the downtrodden and poverty-ridden individuals of society, but his compassion does not extend to the powerful and corrupt segments.

He continued, “This is a continuous struggle, but it is fortunate that he have begun our journey down the right path. I will continue working towards establishing the principles of the State of Medina in Pakistan.”

The Premier added that hoarding money should not be the mission of any individual, but instead, people should focus on improving the lives of other people with their wealth.” He urged Pakistan’s religious and Ulema community to guide the government in improving the country in line with the principles of Islam. He said, “I have faith that by following the principles laid down by the State of Medina, our country will rise again.”

Lamenting the lack of awareness prevalent in the youth with regards to the “reality of Islam”, the premier said that Malaysia, Pakistan, and Turkey have joined hands to depict Islamic history and achievements through the medium of film and television.

Read more: No NRO for the Corrupt Until I am Alive: PM Imran Khan

He said, “Muslims have ruled over the world for hundreds and thousands of years. It is important for us to educate our youth on the reality of Islam. The youth must adopt the teaching advocated by the Holy Prophet (SAW), his life is a role model for all of humankind.”

Speaking about the joint-efforts of Malaysian, Pakistan, and Turkey, Imran Khan said, “Pakistan, Malaysia, and Turkey have agreed to jointly produce films based on the lives of great Islamic leaders, which will serve the purpose of apprising our citizens with the grandeur of Muslim history.”

Pentagon moves to scrap $300 million in aid to Pakistan

Is “neutrality” an option for Pakistan’s foreign and security policy?