Will Nawaz be allowed to leave Pakistan before his condition worsens or is PTI willing to take on the blame? NAB or PM Imran, whose decision is it to make? 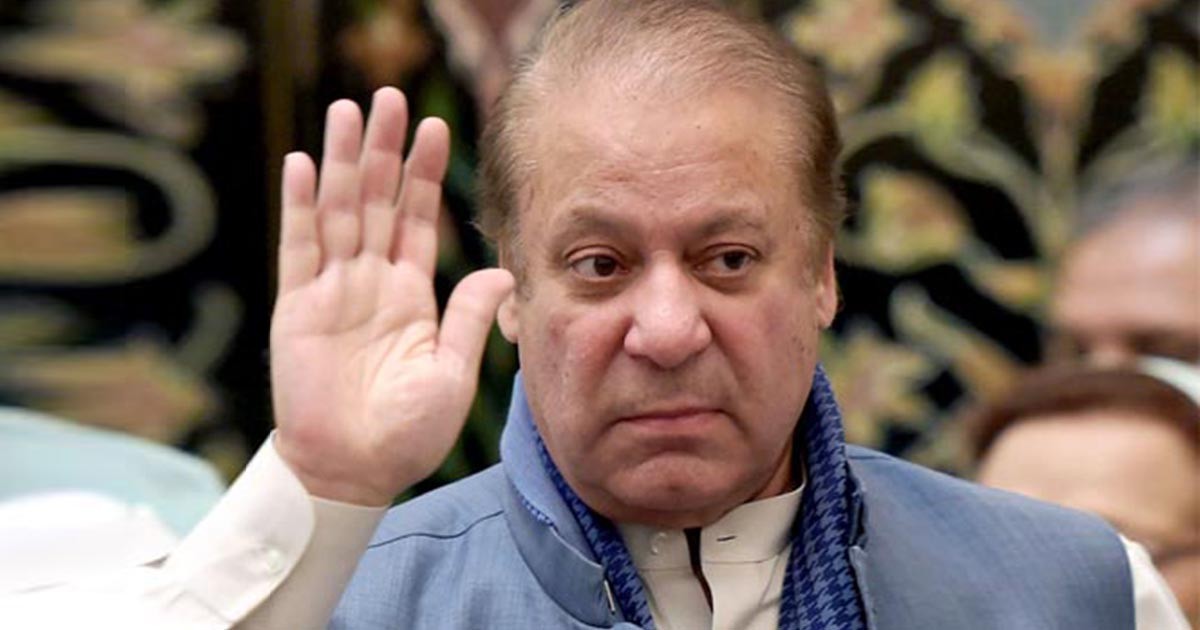 Former prime minister Nawaz Sharif was scheduled to leave for London on Sunday but bureaucratic impediments led to the cancellation of his ticket. Reports suggest that his name could not be removed from the ECL because National Accountability Bureau (NAB) Chairman Justice (retd.) Javed Iqbal has not yet issued a no-objection certificate (NOC). A private media outlet reported that Nawaz was supposed to leave via PIA on Sunday morning along with his brother and all the arrangements were done but the ticket was canceled at the last minute. This rather unpredictable decision has made people wonder whether PTI has any hidden motives behind this move.

Did Imran and Nawaz Finally Strike a Secret Deal

Previously, Naeem ul Haque, Special Assistant to Prime Minister Imran Khan, announced that the government had seen Nawaz’s reports and decided to allow the ailing ex-premier to travel to London for his treatment. “It is the right of every Pakistani to have themselves treated as they see fit. The government has no reservations over Nawaz seeking treatment abroad,” he said. This response comes as a surprise considering how harsh Khan’s views were regarding politicians seeking treatment abroad just a couple of months back.

MY NEW VLOG with @AmirMateen2 Story behind Deal-Winners and losers of new power game. But multi million dollars Q is who has rescued the Sharifs,this time and will at one point Imran Khan bounce back and share secret details of the deal?
👇https://t.co/6u7x3NJAUg via @YouTube pic.twitter.com/x2MLfzWF34— Rauf Klasra (@KlasraRauf) November 8, 2019

As soon as the news went viral on social media, netizens including sympathizers of the PTI started questioning the credibility of the decision. Why was Nawaz allowed to leave the country, they asked? Several political commentators also termed the decision as a confirmation of the deal which took place after Turkey intervened to get Sharif an NRO.

It has become difficult for the government to fully take the responsibility of letting Nawaz depart for London. PM Imran has always been vocal and maintained that “there will be no NRO under my leadership.” He once went on saying “I can give my life but will never give any NRO to those who have looted money from Pakistan.”

Analysts believe that PM Imran’s key plank of political mobilization was his focus on accountability across the board and “any compromise on it shall be nothing less than political suicide”. Khan, however, has denied striking any deal and feels that taking Nawaz’s name off the ECL should not be equated with them giving him an NRO.

Three Tickets for London have been Booked

Sources claim that three return tickets have been booked – for Nawaz, his brother Shehbaz Sharif and family physician Dr. Adnan Khan – at Qatar Airways for a flight that will leave for London at 9:05 am on Monday (today). The date of the return flight is November 27.

Political commentators believe that the return tickets may have been booked for greater political reasons. The PML-N wants to maintain that Nawaz still continues to be a ‘fearless’ leader who stood up against the military establishment in Pakistan and shall not leave the country no matter what happens to him.

But the recent decision to leave for London has significantly reduced the credibility of PML-N’s manufactured political narrative. Hence, every effort is being made to maintain that there was no deal between the PML-N and establishment.

Who stands between Nawaz and London?

The official sources claim that Prime Minister Imran Khan has made it clear that Nawaz Sharif’s name would only be removed on the recommendation of NAB as it was put on the ECL on its orders.

An official, while requesting anonymity, claimed that on Saturday immediately after reviewing the letter of the Interior Ministry, it was responded with a request by NAB to provide medical reports of the former prime minister.

He questioned that why was Interior Ministry seeking NAB’s permission to remove Nawaz’s name from the ECL when previously it had removed the names of the accused of similar nature on its own. “If the medical reports paint a very gloomy picture of his health, we will recommend the matter to be settled in court where they can submit a surety bond thus vindicating NAB of any responsibility. NAB not contesting Nawaz’s bail applications in courts on humanitarian grounds, did not mean that it would allow Nawaz Sharif to travel abroad just like that,” he added.

Pakistan Muslim League-Nawaz (PML-N) representative Mariyum Aurangzeb, on Sunday, said that the danger to Nawaz’s health was increasing day by day as he was being kept from traveling abroad for treatment.

Speaking to media, Aurangzeb said that the doctors had given the ex prime minister a heavy dose of steroids to prepare him for his travel abroad. “Nawaz Sharif’s treatment abroad is being put off due to the delay in taking his name off the ECL. Doctors have said that he cannot be given heavy doses of steroids time and again,” she said.

Aurangzeb said that it will become impossible to shift Nawaz overseas for treatment in case of a medical emergency. “Doctors have said that Nawaz Sharif needs to be shifted abroad at once. Delay in his travel will increase dangers to his health,” she added.

Medical Board Refuses to Give Opinion on Nawaz’s Health

The medical board that was overseeing the treatment of former Prime Minister Nawaz Sharif has refused to provide the government with any further opinion on his health.

Whether PM Imran allows Nawaz to leave through the Interior Ministry or the NAB, the fact remains that he is finally being allowed to leave the country. However, at the moment, the main concern of the government should be to act on the decision as soon as possible so that it is not held responsible if Nawaz’s health deteriorates.

Has SBP caused Supreme Court a loss of millions on dam fund?