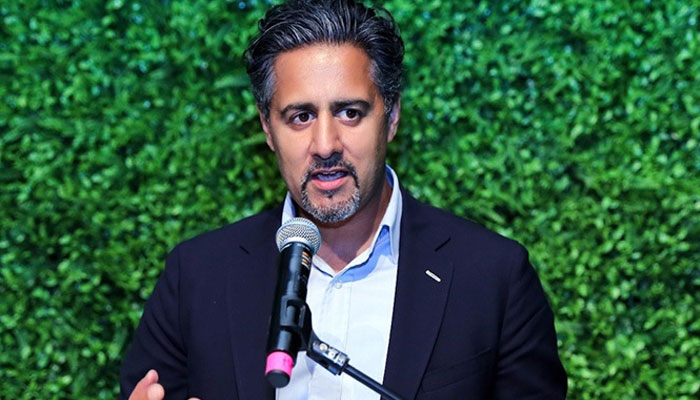 A Norwegian Lawyer and Liberal Party politician, Abid Qayyum Raja was elected as the fifth Vice President of Norway’s Parliament on Saturday.

Raja was declared the Vice President for the presidency of Storting after he bagged an overwhelming majority of votes in his favor.

In total, over five Vice Presidents were elected in the Parliament, including Olemic Thomessen who was re-elected as President and Nil T.Bojorke, Magne Rommetviet, Eva Kristen Hansen and Morten Wold as other Vice Presidents.

Raja, is the second belonging to a Muslim Pakistan-Norwegian background who has rose to this prominent position in the Presidency of Storting, while the first was Akhtar Chaudhary from the Socialist Leftist Party who was the fourth Vice President of the Norwegian Parliament, serving from 2008 to 2013. Whereas, Raja is the first representative from a liberal party in 48 years.

Read more: Public Uproar in Norway at the recruitment of a full face…

Belonging to a humble background, Raja grew up in an impoverished apartment as an immigrant.

In his speech, he expressed his intentions to do good for his people while lending a particular focus on increasing religious harmony and smoothing the co-existence of various immigrant groups in Norway.

“I hope people will believe that I will do a good job both inside Norway and as a representative for Norway abroad.”

“It will have a symbolic effect both abroad and inside Norway that we can showcase diversity in our country,” he added

He was also of the view that, his election as the Presidents of the Parliament, symbolizes that what a man having similar background like his can achieve in Norway.

Other Pakistanis making their names in Norway

However, he is not the only person from a Pakistani descent that has proved his mettle, there are many other Pakistanis that are busy making their names in various sectors.

Pakistanis have been active members of lower politics; working at several levels of city councils. Afshan Rafiq was the former member of Conservative Party while her husband Amir J. Sheikh is a member of Oslo City Council.

Pakistanis now make up the ninth-largest immigrant group in Norway. While it has been observed that in the recent years, the Pakistani immigrants have been experiencing an identity crisis in the Scandinavian country.

Norway is perhaps a member of the League that perceives Hijab and full-face veils as a direct threat to their liberal societal norms and culture. Hence, Norway too has imposed a ban on Hijab.

Raja, however, has landed himself in a tough test to maintain equilibrium amid the contrasting hopes that have been associated with him after his election.

Where he is expected to stand by with the Norwegian cultures and liberal practices, he would be equally pressured from his community to thwart any efforts made by the authorities to undermine in any way the separate identity of immigrants.

The failure or an imbalanced inclination to either side will subject him to criticism and denunciation.

Previous articleMachine Captures CO2 From Air And Turns It To Fuel
Next articleWill FATA finally merge in KPK?

22 September 2021
Previous articleMachine Captures CO2 From Air And Turns It To Fuel
Next articleWill FATA finally merge in KPK?