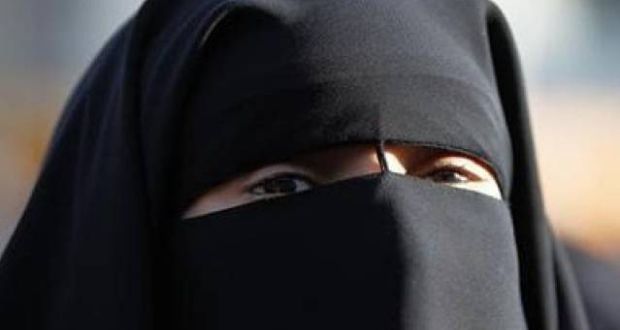 The Norwegian Muslim umbrella organization Islamic Council Norway has landed in hot water after hiring a woman who is a hardline proponent of the full face-covering niqab as its senior officer.

Islamic Council Norway recently received an almost 500,000 NOK grant ($59,000) from the Culture Ministry itself to improve the dialogue between the country’s Muslim community and the rest of society

Islamic Council Norway’s appointment of 32-year-old niqab supporter Leyla Hasic as its communications officer and administrative consultant has sparked an outrage in virtually all strata of Norwegian society.

The most piquant detail, however, is that Islamic Council Norway recently received an almost 500,000 NOK grant ($59,000) from the Culture Ministry itself to improve the dialogue between the country’s Muslim community and the rest of society.

Read more: Nike jolts the liberals with its “Hijab Pro”

Culture Minister Linda Hofsted Helleland suggested in a Facebook post that the appointment would “create more alienation and less understanding.” Helleland wrote that it was important to “make a stand,” despite the fact that Norway had freedom of religion and cherished no plans of abandoning it, and threatened to withdraw state funding.

The appointment provoked an outcry in Norwegian society. Labor politician Jan Bøhler wrote in an opinion piece in Aftenposten that he, at first, believed the appointment was “fake news peddled by Islamophobes,” while columnist Andreas Slettholm argued that this should be the nail in the coffin for state support for the Council.

Islamic Council on the Defensive

Islamic Council Norway’s Secretary General Mehtab Afsar claimed that the appointment was showing the organization’s “open stance” and claimed that it was generally more important “what people had under their skin than on their skin.”

Islamic Council Norway currently represents 42 different Muslim communities throughout the country with a combined membership of over 82,000

According to the job description, Leyla Hasic, who outspokenly promotes the use of the niqab in the social media and became the first woman to appear on Norwegian TV wearing a niqab, will be primarily involved in “communication, application writing, and IT maintenance.”

Last year, however, Norway’s government indirectly condemned the public use of the niqab, as the majority of both left-wing and right-wing parties joined forces to support a ban of face-covering garments in schools, which is likely to come into force later this year.

Conservative Prime Minister Erna Solberg specifically showed her personal disapproval, as she claimed herself to never employ anyone wearing the niqab in her office. “I believe we must be able to see each other’s faces in the workplace,” Solberg was quoted as saying.

By its own admission, Islamic Council Norway currently represents 42 different Muslim communities throughout the country with a combined membership of over 82,000. The exact percentage of Muslims in Norway remains a matter for debate, yet, it has been established to be rising steadily since the late 1960s. Today, it is expected to hover at around 3.8 percent of the Norwegian population of 5.2 million. In some communities, though, like Oslo County, the percentage is creeping closer to 10 percent.

Where does Norway’s Social and Religous Freedom stand when it comes to Muslims?

Supporters of religious freedom argue that wearing Hijab or Niqab is a personal choice, just like a person chose to wear any other dress.

Norway ostensibly has religious freedom, but rage over the appointment of a Muslim woman, who wears and supports Niqab, seriously questions the legitimacy of this claim. The comments by the Norway’s prime minister, in a country that supposedly discourages discrimination against minorities, including Islamophobia are very alarming and point to how socially and politically acceptable it is to say anything about Muslims. The Muslim community in the Europe has been facing challenges – especially after 9/11 – in the Europe and America. Recently, EU Apex Court passed out a ruling that gives employers the right to ban ‘Hijab’ at the workplace.

Supporters of religious freedom argue that wearing Hijab or Niqab is a personal choice, just like a person chose to wear any other dress. However, Anti-Hijabist rejects their stance and view Niqab as a security and cultural threat to the European society. Niqab in Islam, covering head and body for women, is a symbol of modesty. This concept exists in other major religions – Christianity and Judaism – as well. Nuns and traditional Jewish women also cover their heads and bodies; however, since these are few in numbers the issue of security has never arisen in the same way.

No ban on Huawei: EU announces strict 5G rules instead