Not only Verdict but Special Court is Unconstitutional: LHC stuns in Musharraf case 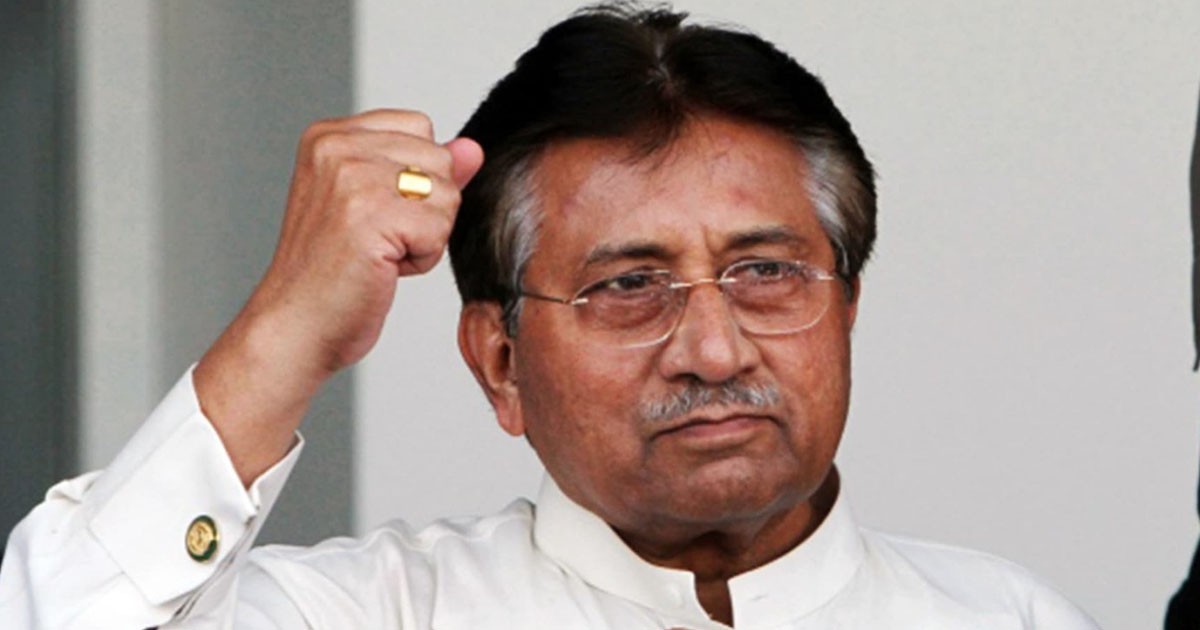 The Lahore High Court on Monday termed as ‘unconstitutional‘ the formation of a special court that had tried former president and retired general Pervez Musharraf for high treason.

The decision came in response to a petition filed by Musharraf challenging the formation of the special court for the high treason case against him.

Musharraf had been handed the death penalty in December last year after being found guilty on five counts in a 2-1 majority verdict.

Subsequently, Musharraf had approached the LHC with three petitions, filed earlier this month.

The former president had challenged not only the conviction but also the formation of the special court that handed him the death penalty for high treason, as well as the complaint filed against him by the government of former prime minister Nawaz Sharif that resulted in the trial.

However, the court had only admitted the petitions challenging the formation of the special court and the complaint registered against the former president. Subsequently, hearings into the case had proceeded before a three-member bench of the high court in the provincial capital.

Article 6 mandated that a case be filed against a high-ranking official, the federal cabinet was endowed with the authority to have the final say on the issue

The government had today presented in court the summary and other records related to the formation of the special court set up to try the former president for high treason. In a hearing last week, the court had asked the government for the records after hearing the testimony of a legal expert in this regard.

Additional Attorney-General Ishtiaq Ahmad Khan told the court that the constitution of a special court to try Musharraf under Article 6 of the Constitution was not part of the agenda of federal cabinet meetings of the government of former premier Nawaz Sharif.

“The special court was constituted without the formal approval of the cabinet,” Khan said in court. Khan also maintained that the charges filed against the former president were flimsy since, under the emergency powers of the executive, fundamental rights could be suspended.

Last week, a legal expert had told the court that the constitution of a special court to try former president Pervez Musharraf was not done according to the law. “The complaint filed against the former president was not filed through the right authority,” Barrister Ali Zafar had testified.

A bench of Lahore High Court granted a petition of former president Pervez #Musharraf and declared formation of special court to hear high treason case against him as unlawful.#ARYNewshttps://t.co/sxK7tpH3aI— ARY News (@ARYNEWSOFFICIAL) January 13, 2020

Zafar had maintained that whenever Article 6 mandated that a case be filed against a high-ranking official, the federal cabinet was endowed with the authority to have the final say on the issue. “Who will give permission to the authorities to file such a complaint?” Zafar questioned.
Read more: General Pervez Musharraf handed death sentence for high treason

“Under these circumstances, the grounds for the filing of the case are questionable. No meeting of the federal cabinet was held to discuss the case, according to my knowledge,” Zafar told the bench in response to a question about the cabinet meetings on the issue back in 2013.

Why Pakistan needs to revisit its Afghan policy & how?

JF-17 Thunder Proves Its Might Again In Armament Competition