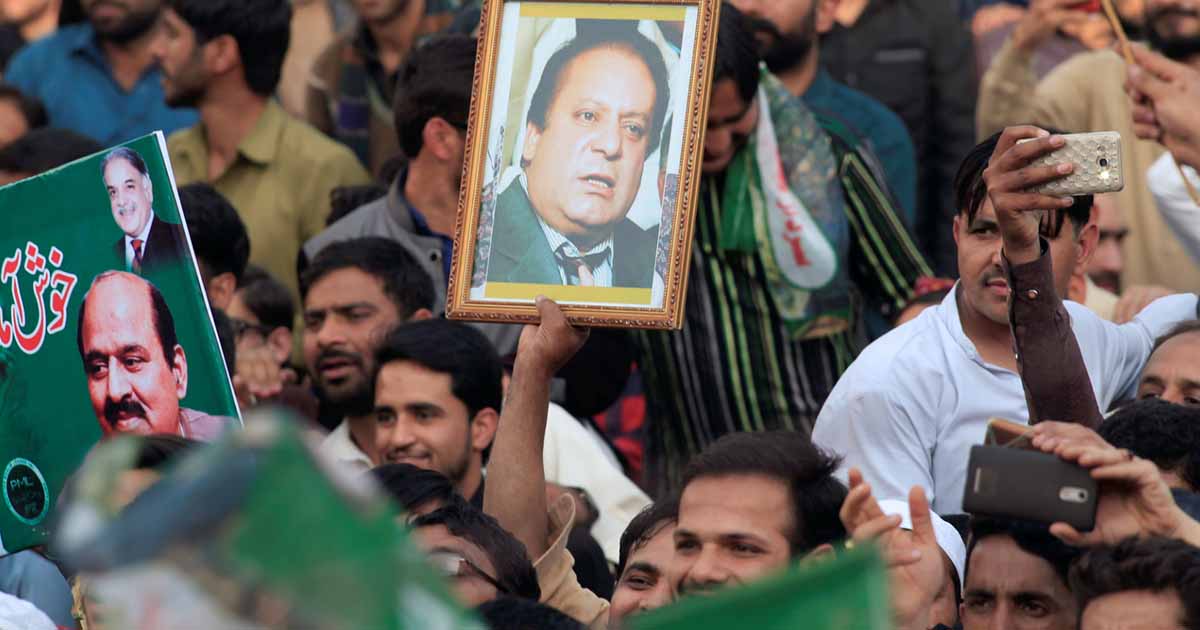 In 1981 Mian Nawaz Sharif was inducted as Finance Minister in the Punjab Government. According to the then Governor Lt. Gen Ghulam Jilani Khan (Jill) he had forwarded three names to the President Gen Zia-ul-Haq. It was Zia who supported Nawaz as he was considered most amenable with no political background or experience. First the last four decades the Sharif family has been in and out of the corridors of power. The Sharif’s of Gawalmandi now live in a huge estate named after their village in Amritsar, ‘Jatti Umra’.

While they live on one bank of the Canal, the Sharif Educational Complex is across. The Lahore Ring Road touches the roads around their property which then connects to Sundar Industrial Estate. Due to this connectivity the property value has soared in the surrounding area. Another major blow to the country were the 1985 partyless elections which brought back the divisions of clans and ‘Bradaris’.

The Sharif’s of Gawalmandi now live in a huge estate named after their village in Amritsar, ‘Jatti Umra’.

Then to gain the loyalty of the legislators development funds were doled out together with recruitment without merit. While the Armed Forces protected their own systems, the civilian institutions were allowed to crumble at the hands of corrupt and incompetent self picked political leadership. My memory of Nawaz Sharif during these days at Government College as extremely mediocre with least interest in academics.

Wrestling was his passion to the extent that he married into the ‘Gamma’ family who lived close by. According to my friend Samson Simon Sharaf, “PML-N retrograde left a series of bobby traps, obstacles, and nuisance minefields that have stalled the present government Massive demining of the entire civil administration including Police has to be carried out for any new initiative to succeed.

Within minutes official documents appear on the social media. The PML-N trolls are everywhere. Last month NADRA promoted from Grade 18 to 19 a nephew of a PTI cabinet member. The appointment letter was displayed on social media even before the officer had taken charge. It reminded me of two massive promotions from Grade 0 to 22 by the two previous regimes. PPP appointed Syed Asif Hashmi as Chairman Evacuee Trust Property Board (ETPB) while PML-N appointed Sadiq-ul-Farooq who was caretaker of their Islamabad office.

Hashmi Sahib is in NAB custody while Farooq Sahib was removed by the Chief Justice together they brought the trust down. It did not end here a Grade 19 Police Officer was appointed IG Punjab a jump of 2 to 3 grades by PML-N regime. Then the officers of the 56 companies who were being paid in millions to earn their loyalty and blind obedience are now being weeded out. Abba Ji believed in personal loyalty every other quality was secondary. Dissent and discussion were not permissible only blind obedience was rewarded.

Another major blow to the country were the 1985 partyless elections which brought back the divisions of clans and ‘Bradaris’.

Over the years these individuals now control the civilian bureaucracy in the province. Unfortunately most of them have succeeded in retaining their influence despite change of regime and Kaptaans vision for ‘Naya Pakistan’. Many good officers who stood up to the Sharif’s onslaught are still not back into the mainstream to minimise their influence. A lot of correction is needed to clear the Zia-Sharif mess. Musharraf tried but he fell into the NRO trap.

The Sharif’s not only survived they were able to topple him as well through the Lawyers Movement. The civil society joined the uprising for rule of law not for love for Iftikhar Chaudhry who proved to be a disaster. The reference against him was correct but grossly mishandled by the dictator’s team. Imran Khan came into power through democratic struggle unlike the Sharif’s who were launched into the corridors of power by the like of Zia’s and Jills. Kaptaan is a fighter he will fight till the last ball.

Read more: The end of PML-N and PPP

This time around there will be no NRO, the corrupt will have to go together with their supporters in the civil administration who supply them with inside information and documents. This leakage has to be plugged. One may not agree with the policies of Bhutto but his governance was extraordinary. There were very few hiccups in most of his moves. Fresh recruitment on contract may be needed in important positions as was done by the elected government of Bhutto. Technocrats can be hired to replace bureaucrats where needed.

The Sharif’s not only survived they were able to topple Pervaiz as well through the Lawyers Movement.

Abba Ji’s loyalty networks in the civil administration have to be dealt with. In Punjab most government record is in shambles or purposely burnt through arson. Yes the Khakis and the elected government are on the same page but there is common agenda to clear the stables. Convictions of the corrupt heavyweights is around the corner.

The civil society is aware of the evil networks and desirous of cleansing. Interesting times lay ahead after the budget. It may prove to be the final push for ‘Naya Pakistan’ and Islamic Welfare State as envisioned by Iqbal and Jinnah. I have been an activist all my life, our dream of change has to be finally realized there is no going back to status-quo. It will be our swan song to pass on the mantle to the next generation to realise Iqbal’s dream and Jinnah’s sacrifice.

The Psychology of Hope, Expectations, and Disappointments in the Political Arena of Pakistan