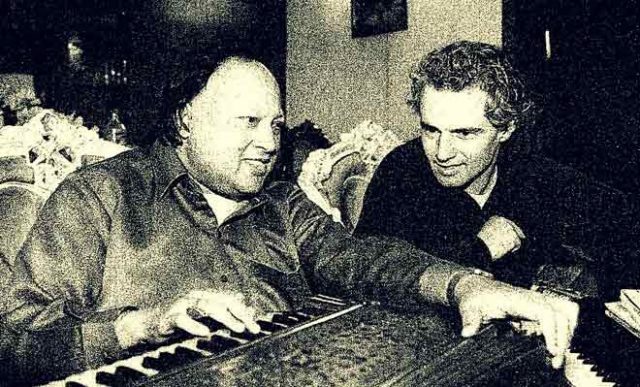 Nida Nusrat, the daughter of the famous singer Nusrat Fateh Ali Khan, has announced to take legal action against the people stealing her father’s songs. She said she is set to pursue a case of copy infringement rights against the violators.

She expressed her anger on how the singers are stealing her father’s work and making money without seeking her permission.

Since being an only child she reserves the copyrights. “After my father’s death, I possess the rights to his music. I will be taking strict action against the people who are using them and will also be taking them to the court,” said Nida in press conference held in Lahore.

She continued, “There are many other songs that my father aimed to introduce to the world but never got the chance to. I will be launching those songs now.”

She mentioned that she will sue Indian musicians as well, who are plagiarizing her father’s work.

She further added that a local firm, Khokhar Productions, has forged her signatures and falsely taken the rights of Nusrat’s music. She has issued a legal notice to them and has demanded them to pay compensation.

When asked if she will take action against the singer’s nephew Rahat Fateh Ali Khan, she said “I am not going against Rahat. He is a brother to me. Many people have spread rumors on social media that the two of us are married but we are not and he is happy with his married life. I am only taking action against the people who have misused by father’s music and claim it as their own.”

Nida Nusrat has also provided the details of the legal notices issued to the music production houses in India and Pakistan. She stated that she would be holding several press conferences in the future to address the pertaining issues.