Of biscuits and hot tea-cups: US aid to Pakistan over the years 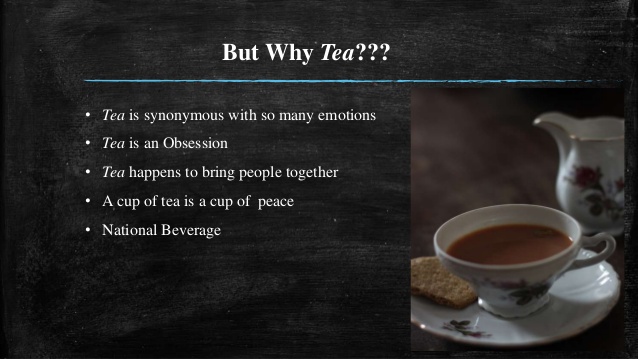 Since 1947, Pakistan’s relationship with the US has followed a tortuous and unpredictable route. The relationship had all along been a transactional one – focusing on the immediate goals dictated by how each side perceived the ground realities during a particular period of time.

It has been mentioned earlier that, since the beginning of the strategic relationship, there has been a marked variance between the objectives of the two countries due to which economic and military assistance was provided to Pakistan for one set of reasons and received for another. Pakistan needed the US assistance to achieve economic self-reliance and offset Indian military superiority whereas the United States provided aid on condition that Pakistan entered the US sponsored military alliances in recognition of the communist danger, and would be prepared to be a part of the worldwide encirclement of the Soviet Union and China. However, to claim that the US never wanted its military aid to be used by Pakistan in coercing India should be taken with a pinch of salt.  During the 1950s, the US administration under President Eisenhower was deeply resentful of Nehru for his insistence to build his own empire under the enigmatic concept of nonalignment. John Foster Dulles, Eisenhower’s Secretary of State, had snubbed Nehru by describing nonalignment as “sitting on the fence”.

Between 1954 and 1965, the US provided aid not only to enhance Pakistan’s economy but also gave enough tanks to us for raising two armored divisions. These armored formations were to be stationed at Multan and Kharian cantonments, both constructed with the US assistance.

Breakdown of the bounties

Contrary to the popular perception generated by the US and its anti-army lobbies in Pakistan, the economic segment of the US aid had always been larger than the military component. As a sample, the breakdown of the US assistance between 1957 and 1965 is given below:

Note: All figures are in US$(millions). Figures are adjusted for inflation and presented in 2009 constant dollars. Source: Wren Elhai Center for Global Development, 2011.

Between 1954 and 1965, the US provided aid not only to enhance Pakistan’s economy but also gave enough tanks to us for raising two armored divisions. These armored formations were to be stationed at Multan and Kharian cantonments, both constructed with the US assistance. The Americans knew very well that armor would never be used against a purported communist threat either from the Soviet Union, or China. America’s ultimate objective in the Asia-Pacific region was to bring India within her sphere of influence. Towards this end, Uncle Sam was not averse to employing a carrot and stick policy with India.

It transpired that Gary Powers had taken off from a secret US air base at Badaber, near Peshawar.  Premier Khrushchev of the Soviet Union threatened Pakistan with a nuclear retaliation. He said that the Soviet Union had drawn a red circle around Peshawar.

Whereas the US, during the Cold War period, used Pakistan as the cat’s paw, it made sure that Pakistan would not pose a major threat to India. The M-47 and M-48 tanks, supplied to Pakistan, had their infra-red devices removed before they were shipped to Pakistan. Hence, Pakistani armor did not possess the night fighting capability during the 1965 and 1971 wars. Similarly, the service life of the torpedoes that came with the US supplied submarine Ghazi had expired. As a result, when Ghazi hit INS Nilgiri during the 65 War, the torpedo stuck inside the frigate’s hull and failed to explode. Well, this may be an unfortunate coincidence, but happen it did.

What was the price Pakistan had to pay for the US assistance? In return for the fruition of the US strategic objectives in the Eurasian landmass, Pakistan was made to endanger its existence. On May 1, 1960, a U-2 spy plane piloted by Francis Gary Powers was brought down near Sverdlovsk, in the Soviet Republic of Kazakhstan.It transpired that Gary Powers had taken off from a secret US air base at Badaber, near Peshawar.  Premier Khrushchev of the Soviet Union threatened Pakistan with a nuclear retaliation. He said that the Soviet Union had drawn a red circle around Peshawar.

In December 1979, the Soviet Union invaded Afghanistan. As a result of the invasion, refugees, along with Soviet and Khad agents, had started pouring into Pakistan, further aggravating its already precarious security and economic situation. This was happening when the Americans were still waiting on the sidelines for the events to evolve further.  In the absence of support from the United States, ISI produced a bold plan which committed Pakistan to the military option without provoking the Soviets into a direct confrontation.

It was some months before the US assistance would be made available. During the intervening period Pakistan, particularly its armed forces, would have to deal with batteries of American delegations which descended upon the army formation headquarters and thence on the fighting units to get, what they called, first-hand information about our war preparedness. The Americans behaved as if they were deeply concerned about the Pakistan Army’s lack of modern equipment. In retrospect, one realizes that the main purpose of such visits was not so much their concern about obsolete equipment than to fathom the willingness of Pakistan Army’s rank and file to take on the Russian bear. In his book “ Afghanistan- the Bear Trap”, Brigadier Muhammad Yusuf describes how, oblivious of all the dangers to Pakistan’s security, and in the absence of the American support, ISI planned and executed military operations across the  Amu Darya, in the Soviet Union proper.

Remain under our thumb

Over the years, the pattern of US assistance to Pakistan has remained the same. Since 1954, when the US assistance to Pakistan was institutionalized, the US has cut off its aid thrice under various excuses; 1965 (Indo- Pak war), 1986 (Pressler Amendment), and1998 (in the wake of nuclear explosions). At present, Pakistan is receiving paltry military aid from the US, to include the so-called Coalition Support Funds (a misnomer for the transit charges and payment for the damages to Pakistan’s fragile infrastructure).

America has made its future aid to Pakistan contingent upon the following conditions:-

Under such conditions, it is clear that the US wants to reduce Pakistan to the status of Finland versus the erstwhile Soviet Union. This is to propel India as America’s regional satrap.

Whereas the TPP safe havens in Afghanistan are nothing but delusions, Pakistan should stop supporting the Haqqani Group- An allegation Pakistan vehemently rejects. Pakistan’s concerns about India are its “Strategic Anxieties”; it should accept India as a major regional player in South Asia. Pakistan should stop talking about maintaining a military balance with India. Military balance is a concept coined by the Prussian General Staff under the influence of Karl von Clausewitz.

Under such conditions, it is clear that the US wants to reduce Pakistan to the status of Finland versus the erstwhile Soviet Union. This is to propel India as America’s regional satrap. Do we, at all, need US assistance? In the recent past, American civil and military aid to Pakistan had peaked in 2011, to $3.5 billion. In 2016, it was down to $ 1 billion- sans military aid and CSF. In 2017, it amounts to less than $1 billion (Idrees Ali).  Thus, between 1956 and 2017, US aid to Pakistan, per year, has hovered between $1-3 billion. If we consider the peak amount ($ 3 billion) (Wren Elhai), Pakistani expatriates from the world over send around 7 times the amount Pakistan gets per year in US aid. Instead of begging the US as our rulers do, Pakistan will be better off earning these $ 3 billion by improving its balance of payments.

Pakistani politics and why it needs a revolution

Can judicial activism pave way for construction of Kalabagh dam?