Indian director Mahesh Bhatt and Javed Akhtar engaged in a discussion on Bollywood's compliance with BJP and ongoing mayhem thrusting India into social disharmony. While Javed Akhtar unapologetically slammed PM Modi as a fascist he also believes BJP's government is a 'passing phase'. 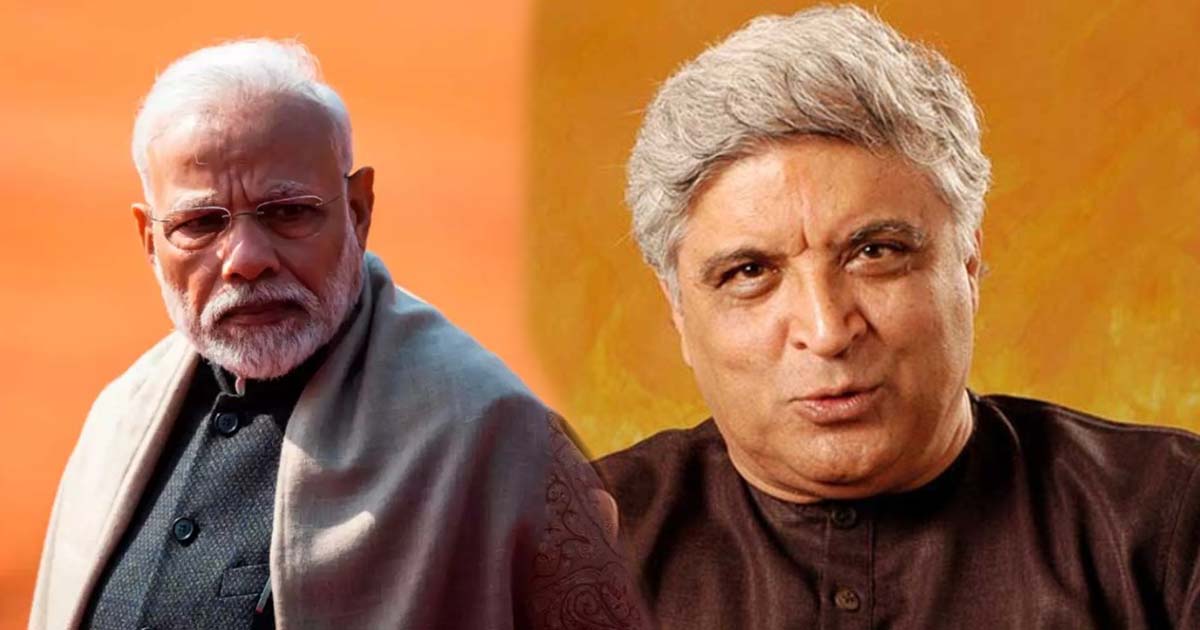 Javed Akhtar, the prolific Indian lyricist, and poet admitted that Prime Minister Narendra Modi, was a ‘fascist’ in his latest interview with the popular Arab media outlet, Al-Jazeera.

They expressed their views on PM Modi and BJP- exuding anti-Muslim bigotry crafted through explosively regressive actions like the controversial Citizenship Amendment Act and a relentless tirade against Muslims labelling them as traitors and ‘aliens’ to the Indian soil.

Javed Akhtar rebuked PM Modi for demonizing Muslims and suppressing dissent in India. He said that hate of BJP against Muslims is not a problem of the Muslim community but the fascist ideology is affecting entire India. While Mahesh Bhatt believes, anti-Muslim rhetoric is the lifeline of BJP.

He sees the situation of India as dark as never before under the reign of PM Narendra Modi.

When asked if PM Modi is fascist, Javed Akhtar said, ‘Of course he is’. Adding that fascists don’t have horns on their heads, Fascism is a thinking’. And thinking that ‘we are better than others and whatever problems we have, it is because of these people. The moment you hate people in wholesale, you’re a fascist.”

Director Mahesh Bhatt was asked if India is turning Islamophobic because the world believes that the country is plunging into deep Islamophobic sentiments.

Here’s my full @AJUpFront interview/segment with @Javedakhtarjadu & @MaheshNBhatt on the rising intolerance, Islamophobia, and hardline nationalism in India under Modi and the BJP, and on the largely silent response from most Bollywood stars:https://t.co/v9rpyqxgb3

“Well, I think Islamophobia, the winds of Islamophobia blew through the world after 9/11 and I think the phobia here is manufactured because I don’t think the average Indian is so frightened of a Muslim.”

Bhatt went on to say, “I mean, that kind of fear has been crafted, has been structured; a day in and day out, media persons out there, the pliable channels, are working round the clock to create ‘the other’. They need ‘the other’ to stay in power. And to hate the Muslim is the lifeline of the BJP. Let’s not mince our words.”

This is brilliant. @mehdirhasan asks @MaheshNBhatt and @Javedakhtarjadu if Modi is a fascist. https://t.co/knL9KTYD6U

Mahesh Bhatt even explained the silence of Bollywood bigwigs on the ongoing BJP’s ridiculous strike on Muslims beginning with the stripping off semi-autonomous status of Indian Occupied Kashmir with the abrogation of Article 370 and 35-A, clampdown on communication, the obnoxious lockdown of the valley, CAB and brutal assault on protestor across India.

Bhatt pinned the ‘fear’- a prime deterrent ruling dispensation uses to wreak havoc that would not only affect them but the collective team associated with projects of mass entertainment. He noted that celebrities become vulnerable at the hands of extremist elements, particularly at the time of release, hence they are frightened to speak against them.

Citing the famous viral selfie of a score of Bollywood celebrities with PM Modi and their cheerful messages of congratulating him on securing the second term, the anchorperson Mehdi Hasan asked if Bollywood has officially become a ‘Team Modi’.

Javed Akhtar, also believes, fear controls these Bollywood celebrities, otherwise, he does not think they all of them agree to his ideology and upheld the mob lynching or brutal assault on the protestors.

Akhtar added that several Bollywood celebrities declined the invitation of PM Modi to join a meeting convened to convince them about the efficacy of CAB so that they may be used as influencers, only those were present who align with his ideology.

Both Bollywood celebrities agreed that there is a surge in the content boasting the BJP hyper-nationalist agenda pressing the saffron version.

Mahesh Bhatt declared the defeat of BJP in recent Delhi elections a little ray of hope while Javed Akhtar expressed confidence in the sensibility in India that even the most uneducated lot would not be fooled. Akhtar believes this is a passing phase and India will overcome it.

Pakistan Army ranks 15th Most Powerful Army in the World