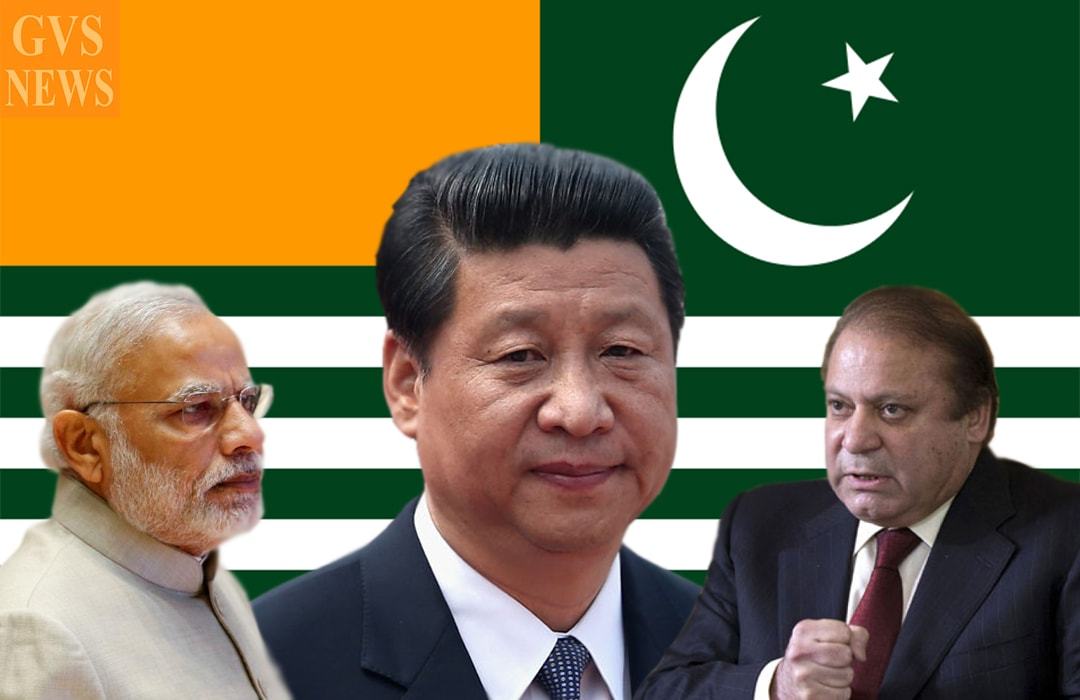 India will surely reject – if South Block has not done it already – the resolution passed by the Organization of Islamic Conference’s Council of Foreign Ministers on July 11 regarding the situation in Jammu & Kashmir. India’s consistent position is that it rejects such third-party role – except by the United States very selectively on a few occasions.

The OIC resolution as such isn’t unusual. Pakistan obviously mooted such a resolution, estimating its likely resonance against the backdrop of the grave situation prevailing in J&K. It is a calculated move, given the Trump administration’s inclination toward taking a “regional approach” to resolve the Afghan problem. At a minimum, the Pakistani move is intended to put pressure on India. The OIC, after all, comprises 57 member countries (56 whom also happen to be member states of the United Nations.)

China hopes relevant parties to do more to help with regional peace and stability and refrain from escalating the tension. China stands ready to play a constructive role to improve the relations between Pakistan and India.

However, what is extraordinary is the reaction by China to the OIC resolution. The Foreign Ministry spokesman said in Beijing on July 12: “We have noted relevant reports. The situation of Kashmir has drawn the attention of the international community. Both Pakistan and India are important countries in South Asia. The conflict between the two countries along the Line of Control in Kashmir is neither conducive to their own stability and development nor regional peace and tranquility. China hopes relevant parties to do more to help with regional peace and stability and refrain from escalating the tension. China stands ready to play a constructive role to improve the relations between Pakistan and India.”

No doubt, it is a carefully-worded statement – and it is a poignant fact that Beijing has articulated on the above lines against the backdrop of the month-long military standoff on Sikkim border. The Chinese statement shows a marked shift from its traditional stance (in the post-Cold War era) on Kashmir issue and India-Pakistan relations.

My mind goes back to another slice of the Kashmir chronicle when the OIC spearheaded a Pakistani move to get the UN Human Rights Council in Geneva pass a resolution condemning India. This was in the beginning of 1994 when the insurgency in the Valley had peaked and there was total breakdown constitutionally and politically.

Upon sensing that the OIC resolution had a fair chance of getting passed in Geneva (whereupon the Kashmir file could get re-opened in New York), on the then Prime Minister Narasimha Rao’s instructions, our foreign minister Dinesh Singh travelled to Tehran in an uncertain mission aimed at seeking Iran’s help to literally break the OIC’s “consensus” on Kashmir favouring Pakistan.

Dinesh Singh was accompanied by the then Foreign Secretary K Srinivasan and myself (as head of the Iran-Pakistan-Afghanistan Division and the Kashmir Unit in South Block.) While in Tehran holding talks with the Iranian leadership, the then Foreign Minister Ali Akbar Velayati suggested to Dinesh Singh discreetly that it might be a good idea if India also sought China’s help in shooting down the Pakistani resolution in Geneva – and it so happened that the then Chinese Foreign Minister Qian Qichen was actually in the Iranian capital on an official visit.

“internal consultation” amongst the two of us on the spot, Dinesh Singh accepted Velayati’s suggestion, and the latter promptly set up a meeting for us within the hour.

Velayati’s proposal came as a total surprise because seeking China’s support for killing a Kashmir resolution mooted by its “all-weather friend” hadn’t occurred to us up until then – not even to PM Rao’s smart thinking as a veteran diplomat.  After some quick “internal consultation” amongst the two of us on the spot, Dinesh Singh accepted Velayati’s suggestion, and the latter promptly set up a meeting for us within the hour. (It stands to reason that Velayati had consulted Qian prior to making the suggestion to Dinesh Singh.)

Suffice to say, Qian was well-prepared for the meeting with Dinesh Singh. We were stunned to hear from Qian the Chinese formulation, after listening to Dinesh Singh’s demarche on the OIC resolution coming up in Geneva for voting — and seeking China’s understanding and help. Let me recall from memory the incredible notes I took at that extraordinary meeting:

In essence, China upheld the bilateral approach prescribed under the Simla Agreement. (We later came to know that the Chinese envoy in Geneva was duly instructed by Qian.)

China held on to that stance on Kashmir and India-Pakistan relations consistently since 1994 – that is, right up to July 12, 2017.

The remarks by the Chinese Foreign Ministry spokesman on Wednesday in Beijing contain the following nuances:

The Chinese stance is strikingly similar to the United States’ but considering that China-Pakistan relationship is extremely close and mutually supportive, it is undoubtedly weighed against India. Wouldn’t China know India’s allergy toward third party mediation? Of course, it does.

It must be factored in that China is a permanent member of the UN Security Council and is in a position to kickstart consultations in New York.

To be sure, Beijing has strongly hinted that things are moving in a dangerous direction, which in turn underscores the futility of leaving the Kashmir issue to be sorted out bilaterally between India and Pakistan. Indeed, it must be factored in that China is a permanent member of the UN Security Council and is in a position to kickstart consultations in New York.

It will be foolhardy to overlook that this stunning shift in China’s stance comes as the culmination of the severely damaged India-China relationship during the three year period under the present government.

The birds have come to roost, finally. India’s core interests have come under challenge. The most consequential template of India’s foreign policies is breaking loose right in front of our eyes and is beginning to drift away in a perilous direction over which we may have no control.

Attempts at Defanging Pakistan: How World is Pushing Pakistan to a War

US to extend relief to Huawei for 90 days