OnePlus has released a new flagship series of smartphones. One may say that the android phone giant has challenged its rivals with a practical OnePlus 8 and a powerful OnePlus 8 Pro. These phones were revealed through a virtual launch on the 14th of April and are now available to order. 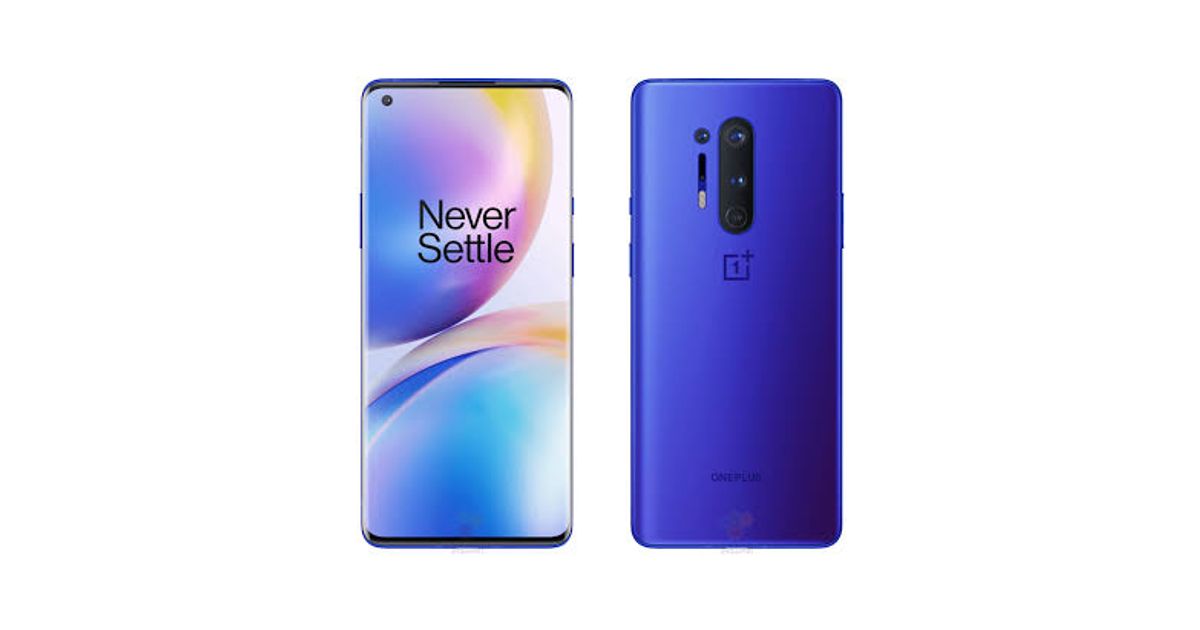 On the 14thof April, OnePlus launched its latest flagship series of smartphones. One might wonder how an international manufacturer can release new products during the ongoing chaos. Even Apple might postpone the release of its new iPhones! But for upstart smartphone maker OnePlus, it felt more important than ever to go ahead with the launch of its flagship OnePlus 8 series.

The phones were released in a reasonable range of $699 (OnePlus 80) and $899 (OnePlus 8 Pro). Normally, this would have displayed the drastic transformation of this 7-year-old Chinese company. OnePlus began as a beloved startup by hard-core Android fanboys and has now matured into a player ready to appeal to mainstream consumers. This achievement was made possible when two major US carriers, Verizon Wireless and T-Mobile agreed on a partnership.

Originally, OnePlus planned a massive keynote event in New York, followed by one of its trademark after-parties. But of course, these aren’t normal times. Instead, OnePlus held a live-streamed virtual launch, piecing together the hour-long event with elements from different parts of the world. The main keynote presentation was produced out of the company’s hometown of Shenzhen, China, and Hong Kong. Other elements followed from Europe and interviews with partners in the US.

The current COVID-19 pandemic left tech companies in quite a fix. Several planned releases have now either been delayed or kept lowkey. Perhaps, businesses have to walk on fine lines to continue their operations without seeming insensitive to the situation. In contrast, OnePlus’ virtual launch with the announcement of Apple’s iPhone SE just a day later; the latter came via press release and a small media briefing. Nonetheless, both launches are promoting the idea of staying connected in these socially distant times.

In both the new models of the OnePlus 8 series, there is one major upgrade; that is, the inclusion of the Qualcomm Snapdragon 865 chipset combined with the X55 5G modem. Simply put, this makes both devices 5G-capable.

But of course to really do it justice you’ll have to see it for yourself. pic.twitter.com/m244xf6SOx

On the back of the OnePlus 8, you’ll find a triple-lens camera, although not in the circular module which we saw on the OnePlus 7T. Instead, the vertically oriented module from the OnePlus 7 Pro makes a return.

As far as the OnePlus 8 Pro goes, the design is pretty much the same as the OnePlus 8. The display is slightly bigger (6.78 inches vs. 6.55 inches) which makes the phone itself larger. Since the pop-up selfie cameras of the OnePlus 7 Pro and OnePlus 7T Pro are not present here, the device is also a little lighter — 199g as compared to the 206g of the 7T Pro. There’s also a fourth camera lens on the rear of the OnePlus 8 Pro.

The OnePlus 8 Pro has everything. It has a 120Hz screen with a QHD+ display which has won 13 awards from DisplayMate. The newborn also has the super-fast Snapdragon 865 processor with support for 5G, which makes it compliant with global upgrades.

It has a brand-new quad-camera setup built around the large 48-megapixel IMX689 image sensor, fast wireless charging support, a large battery with the capacity of a little over 4500 mAh, an attractive metal and glass design, and it comes with an IP68 rating, which means it is water and dustproof under normal usage conditions.

Read more: iPhone 12 – What to expect and when?

Honestly, OnePlus 8 Pro is as good as any other flagship Android smartphone. Additionally, it has all those features that you will find in phones that cost a lot more.

With the new system OnePlus is calling “Warp Charge 30 Wireless,” you can wirelessly charge the 8 Pro from 0 – 50% in just 30 minutes. You’ll need the company’s proprietary wireless charger in order to pull off these speeds, but it’s very impressive regardless. Furthermore, if you don’t care about those speeds and just want a more convenient way to charge the 8 Pro, it’s compatible with any Qi wireless charger you already have.

With every passing year, OnePlus phones have gotten more and more expensive. With those Snapdragon 865 processors included, it was inevitable that the OnePlus 8 series would be the most expensive phones in the company’s history. But to everyone’s surprise, the rise in cost wasn’t big enough to cut a hole in anyone’s pocket.

Here’s how the pricing breaks down (note how special colors cost more):

Is it worth the upgrade?

It is now established that OnePlus has crafted a duo of excellent Android phones. However, as you probably know, OnePlus creating solid products is no news. Every year OnePlus proves itself in the android market as one of the better manufacturers. Which brings us to our main point: its previous devices leading up to the OnePlus 8 series are still really darn good.

If you have an older OnePlus phone and aren’t sure if it’s worth upgrading, it’s better to look for comparisons online before trading the phones.

How the OnePlus 8 series compares to other phones

On their own, there’s no doubt that the OnePlus 8 and 8 Pro prove to be fantastic smartphones. However, tons of different handsets have filled the Android space, giving the OnePlus 8 series a great deal of competition.

The OnePlus 8 also houses a 90Hz AMOLED screen. However, the OnePlus 8 Pro treats one with a fancy AMOLED panel with a 120Hz rate. That means even smoother animations, which are something we’ll never complain about.

Unlike the Galaxy S20, which limits you to a Full HD resolution when running its display at 120Hz, the OnePlus 8 Pro allows you to retain its full Quad HD resolution whether you have it set to 60Hz or 120Hz. Add all of that together with 240Hz touch sampling, and this is one of the smoothest-feeling phones on the market.

Undoubtedly the company’s most complete smartphone to date. It has a big, brilliant display, long-lasting and fast-charging battery, plus software that’s fluid and lightweight. All in a phone that’s fast, and actually has a good main camera on the back.

Best of the Best: Which is the best Smartphone in the World?

From beep to boom: Europe hears call of Chinese phones

The Truth About Wireless Charging