Heroes of the successful Operation Swift Retort, launched by the Pakistan Air Force on 27th February in response to Indian Air Force’s airspace violations, reveal the details about the attack that led to the arrest of Indian Wing Commander Abhinandan Varthaman 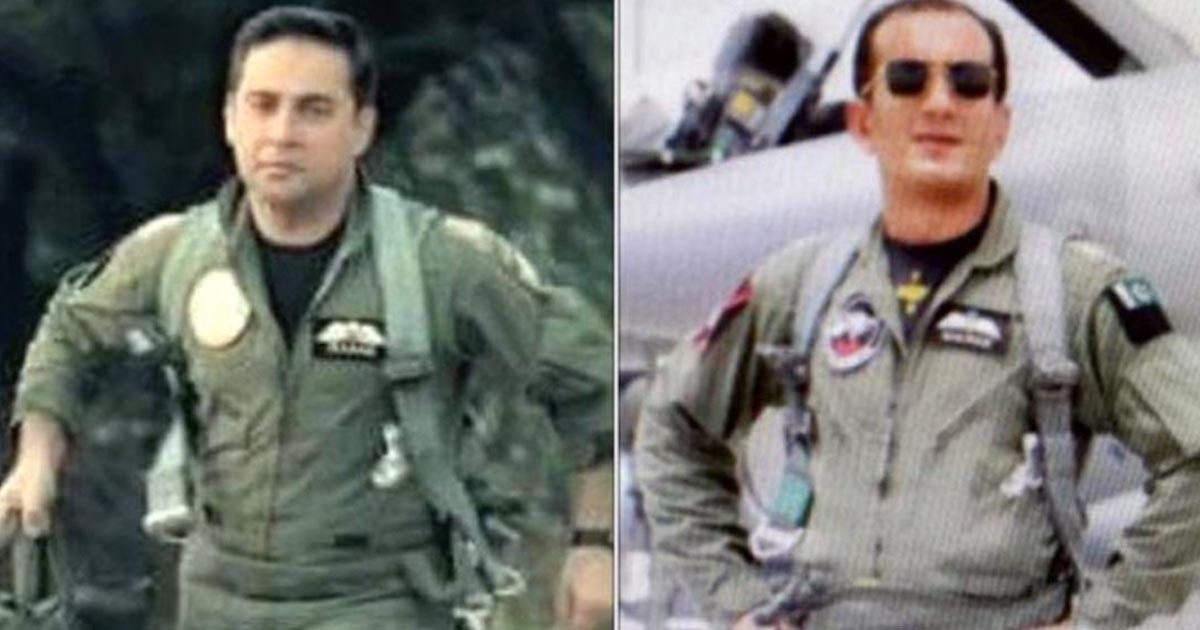 The heroes of Operation Swift Retort, Wing Commander Noman Ali Khan, and Squadron Leader Hassan Siddique, of PAF, have assured the nation that they will stand guard against the enemies, and are fully equipped to eliminate all threats to Pakistan’s territorial sovereignty. Together, the duo sent across a powerful message, saying, “Sleep tight Pakistan, we are awake”.

The Indian propaganda and false narratives of its recent attack on Pakistan, led by Indian Wing Commander Abhinandan Varthaman has stirred a controversy that has shrouded the true story behind the attack. The attack occurred on 27th February, when Wing Commander Varthaman ventured into Pakistan’s airspace and was shot down, leading to his arrest and eventual return.

His arrest made international headlines, and despite the obvious embarrassment for New Delhi, in an ironic twist of events, Varthaman was presented with the Vir Chakra gallantry award for his “bravery” against the Pakistan Air Force.

Indian media and the Indian Air Force has vehemently denied the failure of the 27th February attack, presenting it as a “successful operation” against PAF. While the truth remains that the Pakistan Army captured Wing Commander Abhinandan, and he was revealed immediately without imposing any pre-conditions on New Delhi.

During by formation, my mind was concentrating on Allama Iqbal’s verses, and when they crossed the Line of Control (LoC), I targeted the MiG 21, resulting in its destruction

Pakistan Air Force’s (PAF)Air Marshal Haseeb Paracha DCAS (Operations), representing the team behind the operation, shed light on all the loopholes in the Indian version of events. Air Marshal Paracha stated that the Pakistan Air Force was well prepared for this attack, and there was no surprise.

Contrary to the vitriolic statements made by BJP politicians and Indian military personnel during the post-election fervor, the Pakistan army was fully prepared and since this attack was anticipated, preparations were made to retaliate.

On the night of 27th February, the Pakistan Army officials identified 20 jets, of which only 4 jets dispatched bombs, none of which succeeded in hitting their targets. During the next 15 minutes, the Pakistan Air Force was prepared with its counter-attack.

Sharing images of the fighter jet, Air Marshal Paracha revealed how the Indian jets never got the chance to release their missiles, let alone launch an attack on Pakistani soil.

Addressing the ceremony of the Defence and Martyrs Day on 6th September, Squadron Leader Hassan Siddiqui and Wing Commander Nauman Ali Khan were given a standing ovation for their bravery. In response to a question regarding his feelings in the cockpit, the two pilots recalled that during the attack, the only thoughts on their mind was “the enemy, the safety of the motherland, and the image of Pakistan.”

Narrating the events of the attack, they shared that the Indian army had attempted to launch a cowardly attack in the dark of the night, and managed to miss all their targets. The next day, when they failed again, it became evident that the enemy state is leading an unprofessional force.

The duo said, “They attack us at night, missed their targets and returned, but we fulfilled our mission by hitting our targets.”

"Enemy jets came in the darkness, missed their targets &rushed back in panic"while #PakistanAirForce dared to hit in daylight & remained there to challenge their Air defence k See we are here just come and see what is PAF
Wing Commander Noman Ali Khanpic.twitter.com/EDBtfLGBnL

Wing Commander Nauman said, “We showed them the capacity of the Pakistan Air Force and the Pakistani nation with a swift response. During by formation, my mind was concentrating on Allama Iqbal’s verses, and when they crossed the Line of Control (LoC), I targeted the MiG 21, resulting in its destruction.”

Squadron Leader Hassan Siddiqui recalled the words of Air Commodore Muhammad Mahmood Alam, Pakistan Air Force’s hero of the 1965 war, “My emotions and fears were nonexistent as my mind was focused on the safety and protection of the motherland. If anyone even dares to look at the motherland, he will be destroyed because we serve with passion, zeal and honor.”

Squadron Leader Siddiqui added, “We will never let them in. The enemy made several miscalculations as they did not identify their weaknesses and our strengths. They paid a terrible cost for this mistake.”

The duo ended their address by urging the nation to rest at peace, assuring that the safety of Pakistan is in safe hands. “Sleep tight, we are awake.”

Wing Commander Nauman Ali Khan and Squadron Leader Hassan Siddiqui have become Pakistan’s pride after the success of the Operation Swift Retort. Wing Commander Nauman successfully shot down MiG 21 fighter jet of the Indian Air Force and sending a befitting response to the aggressive posturing of the nuclear-armed rival.

The chastised hero of an ungrateful nation: The end of an era