Operation Swift Retort reminded Indian Air Force of Pakistan's proficiency in the field and a reminder, never to indulge in any misadventure that threatens the sovereignty of Pakistan. DJ Kamal Mustafa made an animated film on the event with the same name.

To pay homage to this outstanding show of force, Pakistani filmmaker, DJ Kamal Mustafa made an animated film titled “Operation Swift Retort”, which was the official name given to the Air Force operation. Within two months, Mustafa produced the film based on the sequence of events on 26th and 27th February, 2019. The movie is 24 minutes long and can be seen on Youtube.

The beginning of the film shows Indian jets entering the airspace above Balakot in the early hours of February 26, 2019, and dropping its payload at Jabba. It destroyed the beautiful Jabba forest. India propagated that 350 terrorists were killed but in fact, there was no casualty. The spokesperson of the Pakistani Armed forces, Major General Asif Ghafoor, exposed the Indian propaganda.

The next part of the film shows a meeting being held at the Pakistan Army Headquarter at 8 am on the same day, attended by all the military generals who decide to give a befitting response to India very soon. All of Pakistan stood in support of the Army. 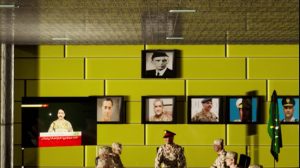 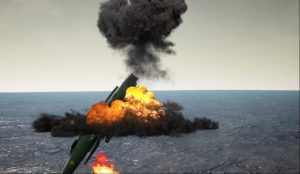 Hassan Siddiqui fires missiles from his JF 17, destroying the Indian MIG 21. The Indian aircraft falls to the ground and catches fire. The Indian pilot survives the crash.

The last part of the film shows locals beating and questioning the Indian Wing Commander, Abhinandan Varthaman. Shortly afterward, the Pakistan Army arrives and Abhinandan is shown begging for mercy. He is arrested by the Army.

The Air Force Pilots are then shown reaching their base alive with their air crafts, Major General Asif Ghafoor briefs the media on the entire operation, and the captured Indian pilot’s interrogation video is released. Pakistan Air Force named this operation “Operation Swift Retort”.

DJ Kamal Mustafa is a DJ, Music Producer, Pakistani Film Maker & Journalist. The views expressed in this article are author’s own and do not necessarily reflect the editorial policy of Global Village Space

Sherry Rehman listed among 25 most influential women of 2022