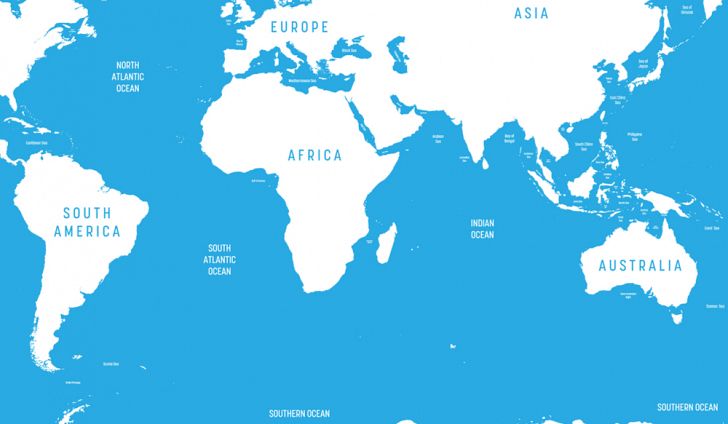 Pakistan was founded in 1947 at a time when nobody was thinking about globalization even though the just finished WW II suggested that. History of the opposing military alliances had important lessons to teach; not only Pakistanis but others keep forgetting that political and economic alliances follow the military ones. Pakistan missed learning important political, economic and military lessons both out of 1965 and 1971.

Creating and sustaining a country like Pakistan compounded by the fact that the two wings of the country were separated by 1000 miles of hostile territory with East Pakistan almost entirely surrounded by our ill-disposed neighbour was always going to be a major challenge. While having complementary economies both logic and reason dictated that each of the “wings” should have been able to “stand alone” militarily.

Unfortunately, the leadership in West Pakistan put self-interest above the national interest. More than 12 Infantry Divisions and 2 Armoured Divisions, along with some independent brigades, nearly 95% of our military power was deployed in Pakistan’s western wing.  East Pakistan had only one reinforced infantry division (with an additional brigade), one squadron of fighter aircraft and some Navy gunboats.

That should prevent us to take part in one-sided alliances like with Saudi Arabia and the Emirates or even the Iran-Turkey connection.

Even though belatedly reinforced by two lightly equipped infantry divisions flown in (plus another ad hoc division created locally), the moronic bankrupt “strategy” that the “Defence of the East lies in the West” was fully exposed in the break-up of Pakistan in 1971.  Since 1979 we have self-created another such ridiculous proposition “Afghanistan gives us strategic depth”. The only thing Afghanistan gives us is a “strategic headache”.

With globalization picking up speed, power centres are moving. Concerned about China’s rising power, hardliners in the West led by the US have over the past few decades sought various permutations and combinations in fresh alignments to contain this expansion. The strategic premise of the west is to build partnerships to dominate the land mass of Asia.

US economic ‘pivot’ of Asia under President Barak Obama has not delivered politically or economically. Japan has come out of its non-military policy adopted after WW II. Known for its antipathy to China extending over centuries, its Self-Defense Forces (SDF) are now flexing their military muscles in the Pacific. Strategically located by dominating the Indian Ocean India comes across in the western mind as a credible counter to China in any land conflict in Asia.

The new buzzword being bandied among military experts to contain and/or confront China in the Asia Pacific is “military-military” alignment. “Mil-mil” cooperation encompasses Japan, India and the US. While Israel’s enormous military capacity is left unspoken, others in the alignment include Saudi Arabia, the UAE and Egypt.  The  Houthis have kept the latter two at bay for nearly a year in Yemen, Egypt’s ability to project power beyond its border is doubtful. However for Japan to build their capacity for undertaking a land war in Asia will take decades. Given their WW II experience, will Japan have the stomach for such a war?

History of the opposing military alliances had important lessons to teach; not only Pakistanis but others keep forgetting that political and economic alliances follow the military ones.

The US and Japan can dominate China in the Pacific (specifically the South China Sea) while the US and India do the same in the Indian Ocean. Does it really matter that the Chinese cannot match these alignments in dominating the oceans? As early as in the 13th century. Genghis Khan emphasized keeping open the land routes for merchants, he frequently stated that the Mongols would never dominate the seas.  HJ Mackinder, a British geographer published his idea in 1904 about the “geographical pivot of history” predicting that the future centre of power lies in the Eurasian landmass. It has taken more than a hundred years to prove him right.

The US has come to grief in land wars in Asia (Korea, Vietnam, Afghanistan) and with Japanese footprint on the Asian mainland unlikely, this navy-heavy axis supposes that India will be able (or be enabled) to take on China in a land war. This premise reminds us of the ridiculous Pakistani strategy pre and post-1971, given the current developing power constellation in Asia, it is not realistic.

Nixon was able to contain the Soviet Union in the 1970s by exploiting its differences with China and giving Chinese an opening to the west.  Times have changed.  Is it possible for the emerging “mil-mil” alignments to counter close friends and strategic partners Russia and China in a land war in Asia?   The powerful US fleets with their aircraft carrier strength projecting airpower can influence the land battle but only peripherally, can such an alignment at sea dominate in the land mass of Asia? Air power alone cannot win any wars, one must have boots on the ground. The ships out at sea might as well be on a luxury cruise.

The centre towards which all power is gravitating is the Eurasian landmass. China and Russia are certainly the largest powers therein but even they alone cannot dominate the huge territory containing such a variety of people, cultures, traditions and problems without having an effective partnership to go with the network of road and rail routes.  This makes the “One Belt One Road” (OBOR) concept, of which CPEC is a part, very important.

Known for its antipathy to China extending over centuries, its Self-Defense Forces (SDF) are now flexing their military muscles in the Pacific.

In order to create a ‘new world order’ that will be centred in Eurasia a much larger alliance of countries and powers has to be formed; Pakistan is one of those. An important crossway from west to east and from the shores of the Arabian Sea to Central Asia, Russia and China, without Pakistan there is no peace in Afghanistan.

Our strategists have to shift their focus from being fixed on India, Kashmir and Afghanistan and look at the larger picture. In that, we have to play a positive role in connecting countries, powers and economies. That should prevent us to take part in one-sided alliances like with Saudi Arabia and the Emirates or even the Iran-Turkey connection. That doesn’t mean that we can’t have military connections with either of the country groupings but that should not be to the exclusion of others. The same way we kept our China opening for 60 years while being part of a US-led military alliance, we must keep our US opening.

Not sending our soldiers into the war in Yemen is a realization of this new responsibility of ours. The Shanghai Cooperation Organization (SCO) could well be the platform on which many of the security-related questions – together with the economic and political ones- can be discussed and hopefully solved (this is the FOURTH in a series about US-Pakistan relationship).

Urgent preparations as super typhoon closes in on Philippines