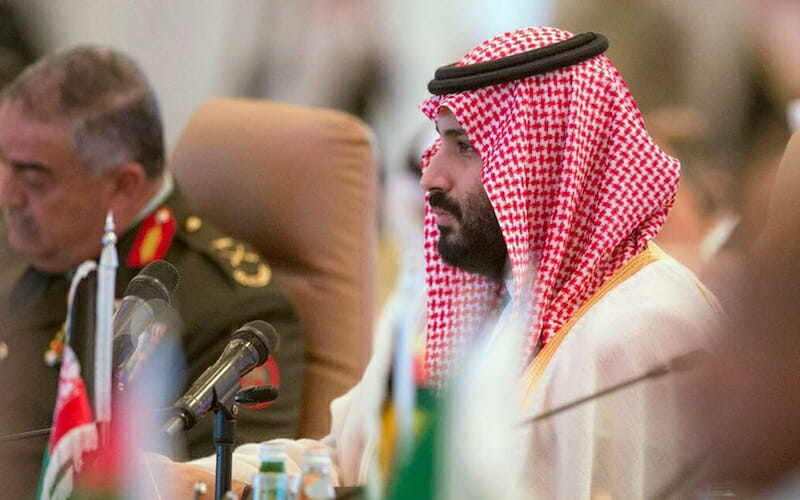 Saudi Arabia’s most recent victory on the pitch was evident in the absence in SWAFF, formed by a merger of the West Asian and South Asian football federations, of almost half of the members of the West Asian grouping, including Jordan, Palestine, Lebanon, and Syria. Also, not included were South Asia’s Nepal and Bhutan.

The absence of Jordan and Palestine speaks volumes about the depth of polarization in the Middle East and the willingness of some states to quietly but firmly resist Saudi aspirations.

The Saudi move challenges international sports governance’s insistence on a separation of sports and politics and is likely to put pressure on East Asian nations who are influential soccer powerhouses within the AFC.

So does the fact that Asian Football Confederation (AFC) president Sheikh Salman bin Ebrahim Al Khalifa, a member of Bahrain’s ruling family that is closely associated with Saudi Arabia, did not attend SWAFF’s founding in the Red Sea port of Jeddah. SWAFF will be initially headed by Adel Ezzat, the president of the Saudi football federation.

Mr. Al-Khalifa’s absence fuelled speculation that SWAFF seeks to create a Saudi-dominated governing body in Asia in competition with the AFC and launch Asian soccer championships that would compete with AFC tournaments. The AFC groups all Asian soccer federations, including Iran and other countries at odds with Saudi Arabia’s regional power-grabbing efforts.

“The South West Asian Association aims to develop the sport in Asia and hold many tournaments and events on an annual basis,” SWAFF said in a news release that also announced Saudi sports czar Turki al-Sheikh, a close associate of Crown Prince Mohammed bin Salman, as its honorary president.

Pakistani news reports suggested that the Saudi effort to impose its will on Asian soccer may not be smooth sailing. Pakistan Football Federation (PFF) officials refused to confirm membership in SWAFF despite the participation of two its representatives in the Jeddah meeting. The PFF has close ties to Mr. Al-Khalifa and it’s Bahrain counterpart which funds the salary of the Pakistani national team’s coach.

Saudi Arabia’s bid for regional soccer hegemony runs parallel to Mr. Trump’s vow to sanction non-American companies that do business with Iran in the wake of the US withdrawal from the Iranian nuclear agreement.

SWAFF has been tight-lipped about its ambitions with members reluctant to discuss the federation’s purpose in public. “I am not authorized to talk about it,” said All India Football Federation general secretary Kushal Das.

Read more: The Rise, Fall, and Rise Again of the Politics of Middle…

There was also no explanation for the exclusion of Nepal and Bhutan. Sources said the founding meeting of SAFF had been so hastily arranged that Nepal and Bhutan were unable to attend. They said the two countries were likely to join at a later stage.

With Saudi Arabia and the UAE, its closest regionally ally, heavily invested in Central Asian nations, SWAFF is likely to want to expand to include former Soviet members of the Central Asian Football Federation (CAFF).

Mr. Al-Khalifa recognized Central Asia as a separate region within the AFC after CAFF was established in 2014 at the initiative of Iran. Iran swapped its membership in the West Asian Football Federation (WAFF) for association with CAFF, a grouping in which is expected to be able to wield greater influence.

“Riyadh and Abu Dhabi are seeking a political return on their investment in Central Asia,” said Gulf expert Theodore Karasik in an article discussing the Gulf states’ Central Asia strategy.

Read more: Going by the Book: Pakistan’s Military Cooperation with the Middle-East

Central Asia is likely to emerge as an ever more important Saudi-Iranian battlefield in the wake of Mr. Trump’s withdrawal from the 2015 international agreement that curbed the Islamic republic’s nuclear program given plans for multiple pipelines, some of which include Iran.A potential inclusion in SWAFF of Central Asian soccer federations at the expense of Iran would tally with Saudi Arabia’s reversal of its attitude toward the Taliban in Afghanistan.

Once one of only three countries that recognized the Taliban when the group controlled Afghanistan in the late 1990s, Saudi Arabia today is pressuring the group to engage in negotiations with the government of President Ashraf Ghani in a bid to ensure that a Sunni Muslim ultra-conservative force shares power in a country that borders on Iran.

To achieve that, Saudi Arabia has moved from supporting the Taliban to try to isolate it. Saudi Arabia has endorsed US allegations of Iranian support for the Taliban and is seeking to force the group or dissident elements within it to come to the negotiating table. The Saudi pressure is also intended to thwart plans for a Turkmenistan-Afghanistan- Pakistan-India (TAPI) pipeline.

The AFC groups all Asian soccer federations, including Iran and other countries at odds with Saudi Arabia’s regional power-grabbing efforts.

Saudi Arabia initiated the creation of SWAFF after Jordanian Prince Ali bin Al Hussein, the head of the WAFF, a former FIFA presidential candidate, and advocate of reform of soccer governance that has been wracked by multiple corruption scandals, reportedly resisted Saudi pressure to move the headquarters of the West Asian group from Jordan to Saudi Arabia. The refusal amounted to a rejection of Saudi efforts to create one more building block for regional dominance.

Relations between Jordan and Saudi Arabia have been strained over Amman’s refusal to back the 11-month-old Saudi-United Arab Emirates-led boycott of Qatar and Jordan’s refusal earlier this year to succumb to Saudi pressure regarding its participation earlier this year in a summit of Islamic leaders in Istanbul called to confront US President Donald J. Trump’s recognition of Jerusalem as Israel’s capital.

Palestine’s exclusion from SAFF suggests Saudi irritation with Palestine Authority President Mahmoud Abbas’ refusal to accept the United States as a mediator in the Israeli-Palestinian conflict following Mr. Trump’s Jerusalem decision and protests by soccer fans against a Saudi effort to impose a coach on the Palestinian national team who has close ties to the kingdom.

Saudi Arabia’s bid for regional soccer hegemony runs parallel to Mr. Trump’s vow to sanction non-American companies that do business with Iran in the wake of the US withdrawal from the Iranian nuclear agreement. It suggests that Saudi Arabia intends to expand its battle with Iran into areas beyond the Middle East and sectors that claim to be aloof of politics.

In doing so, the Saudi move challenges international sports governance’s insistence on a separation of sports and politics and is likely to put pressure on East Asian nations who are influential soccer powerhouses within the AFC and maintain close economic and diplomatic ties to the kingdom but have studiously remained on the sidelines of its battles.

Dr. James M. Dorsey is a senior fellow at the S. Rajaratnam School of International Studies, co-director of the University of Würzburg’s Institute for Fan Culture, and co-host of the New Books in Middle Eastern Studies podcast. James is the author of The Turbulent World of Middle East Soccer blog, a book with the same title as well as Comparative Political Transitions between Southeast Asia and the Middle East and North Africa, co-authored with Dr. Teresita Cruz-Del Rosario,   Shifting Sands, Essays on Sports and Politics in the Middle East and North Africa, and the forthcoming China and the Middle East: Venturing into the Maelstrom

The shared civilizational aspirations of Indonesia, US and Islam