Padmavat has made me stronger than before: Deepika Padukone 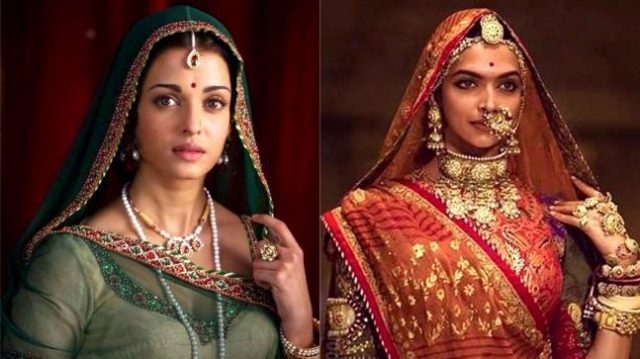 Deepika Padukone believes celebrities have enough impact on people that can bring significant social change. She in her recent statement called out her peers in the entertainment industry to speak on whatever issues that are close to their heart.

During the panel discussion, Deepika was asked about the controversies and the resultant mental stress surrounding the release of her recent movie ‘Padmaavat’. Deepika Padukone said that her character in the movie has made her stronger than before and that irresponsible behavior on someone else’s part will not drive her to depression.

“Padmavati (her character in the film) has made me much stronger. Irresponsible behavior on somebody else’s part will not drive me into depression.”

Read more: From a star to an activist: Deepika Padukone

Deepika Padukone in the event also announced the launching of her foundation ‘Live Laugh Love’. The actress said, “speaking up for the cause does not come without personal experiences, and that it is rather an organic process.”

“For many years, people always said, ‘You know you are successful, you should do work in social sectors as well or associate with an NGO’. There were so many options (for me), but I didn’t feel like I was being honest with them. It didn’t come naturally to me until I came across mental health, also because of my personal experience,”

“I don’t think there is any fixed time as to when one should do it. I think you should do it when you feel it is right,” she said. Padukone further added that it is a myth to believe that actors in the entertainment industry are more prone to depression and mental illnesses.

Deepika said, “When we were talking about more celebrities coming out, there is also a misconception that depression happens to people who are successful. I want to clarify that it can happen to anybody from any field, irrespective of their socio-economic background. Depression is sometimes perceived as a luxury. People think that those who have too much time or money get into depression. I think it is very important to break that myth.”

The actress said she has now learned the optimal use of social media, as its excessive use has its consequences too.

“I think I have understood the correlation between consumption of social media and when it helps. I always believed that whatever you consume, you consume in moderation. If you consume too much, it could have various sorts of impact, not just on your mental health but physical health too. I know people who are up at social media in the wee hours and probably letting it eat up their sleep time. As long as anything that you consume, whether it is social media or otherwise, is done in moderation, and you are aware of your social health, I think you are on the right path.

Lastly, she added, that publicly sharing her of depression required massive courage as mental illnesses in our society has got multiple stigmas attached to it.

Deepika said, “Coming out wasn’t difficult at all. I went through a couple of weeks when I couldn’t understand what I was going through. It required for me to reach out to professionals. It was their intervention that made me realize what I was experiencing. And for me, that was half battle won. It was important for me to understand why do I have that feeling.Why do certain thoughts come to my mind? The day they explained that I have clinical depression, a huge weight was lifted off my shoulder.”

Why is Deepika Padukone preparing for Shakun Batra’s film even when theaters are closed?