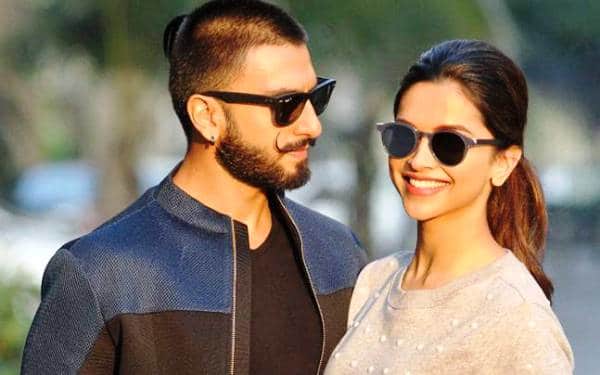 Deepika Padukone has once again denied rumours of her engagement to her ‘Ram Leela’ co-star Ranveer Singh. She recently appeared on Neha Dhupia’s show in which she said ‘she was not engaged’.

Who according to Deepika Padukone (@deepikapadukone) is the best kisser in the business? The star reveals all to Neha Dhupia​ (@nehadhupia) in the next episode of Jeep India​ (@jeepindia) presents BFFs With Vogue India​ powered by Motorola (@motorolain) & beauty partner Nykaa (@mynykaa). Catch the full episode on Colors Infinity​ (@colorsinfinitytv) this Saturday at 8pm! #CondeNastVideo #BFFsWithVogue

Ranveer Singh and Deepika Padukone have been in an on-and-off relationship for the past four years. The couple expresses their fondness for each other publicly but restrains from publicly announcing their commitment to each other.

Read more: Deepika Padukone and Ranveer Singh are expected to tie the knot…

Earlier in the month rumours were rife that the couple had a secret engagement on their New Year’s vacation to the Maldives. It was also stated that Deepika has received expensive gifts from Ranveer’s family on the occasion.

However, her sister as her co-guest on the program said: “She has been engaged successively for the last four years.”

Last year she said: “There’s no such plan anytime soon. I’m not pregnant, I’m not having a baby, I’m not engaged and I’m not married. And I’m not even planning to get married anytime soon.”

Even though the news of their engagement is a mere rumour, fans and followers are desperate to see this couple coming together in the near future.

The couple shares an excellent connection on-screen as well as off-screen. Their electrifying chemistry in ‘Ram Leela’ and ‘Bajirao Mastani’ played a huge role in the success of the two films.

They made a rare public appearance holding hands together at the premiere of their new movie ‘Padmaavat’.

Wearing bright smiles, the couple attracted huge media attention when they arrived hand in hand at the premiere of the movie.

Speculators also say they have jointly invested for a property in Goa which suggests the couple plans to tie the knot in the near future.

Neha Dhupia: At five months, my daughter has travelled to 15 cities!