The song titled, 'Allah o Akbar' sung by Shuja Haider celebrates the courage and bravery of Pakistan Air Force sherdils who defended the sovereignty of Pakistan against uncalled Indian aggression. 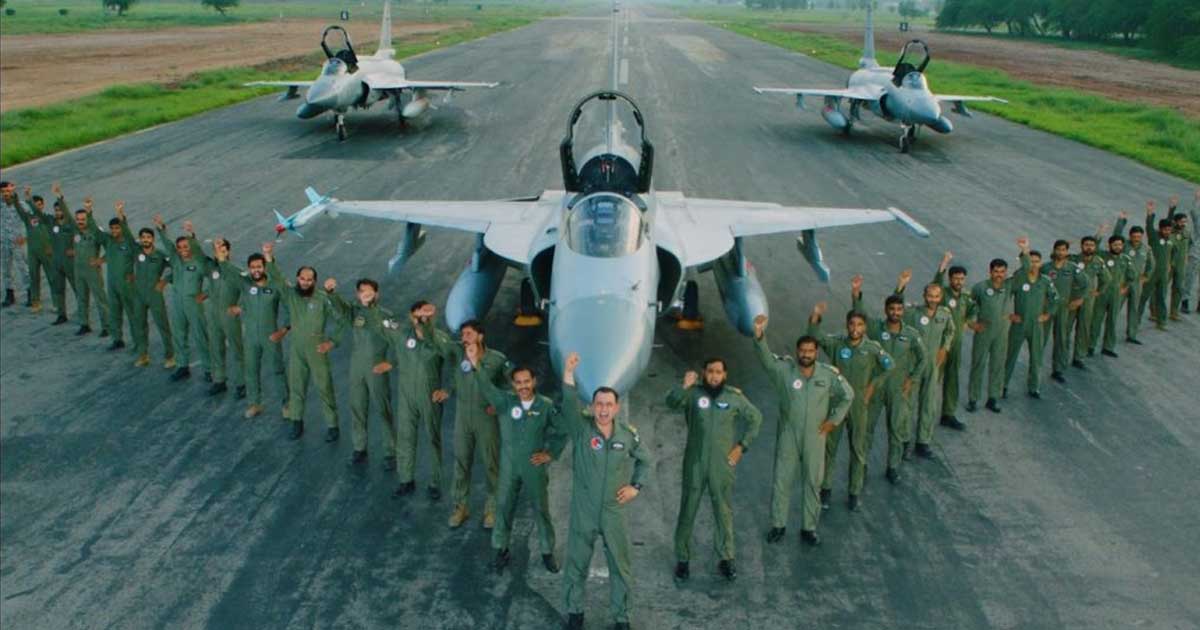 PAF has released a new song to mark the first anniversary of downing two Indian jets and arrest of Wing Commander Abhinandan Varthaman.

The song titled, ‘Allah o Akbar’ sung by Shuja Haider celebrates the courage and bravery of Pakistan Air Force Sherdils who defended the sovereignty of Pakistan against uncalled Indian aggression.

The government of Pakistan has decided to celebrate February 27th as the ‘Surprise Day’ to commemorate Pakistan Air Force’s ‘Operation Swift Retort’ against the Indian Air Force following the violation of Pakistan airspace the same day last year.

Pakistan and India engaged in an aerial dogfight after two Indian jets violated the airspace of Pakistan on Line of Control (LOC) Kashmir in the daylight on February 27th.

February 26th and 27th are significant as Pakistan Air Force (PAF) foiled the attempts of Indian Air Force intrusion into Pakistan’s airspace from LOC Kashmir. On the night of February 26th, 20 Indian jets violated the airspace of Pakistan but with the swift action from PAF, the Indian jets were chased off within a few seconds of the violation.

Later on Wednesday, 27th February, PAF shot down two Indian jets– when they ventured into Pakistan’s airspace– resulting in the death of one Indian soldier, and the capture of Indian Wing Commander Abhinandan Varthaman, who survived the crash but fell on the Pakistani side of the border.

Meanwhile, the heroes of Operation Swift Retort, Wing Commander Noman Ali Khan, and Squadron Leader Hassan Siddique, of PAF, assured the nation that they will stand guard against the enemies, and are fully equipped to eliminate all threats to Pakistan’s territorial sovereignty.

Earlier, Pakistan Air Force has added a new gallery named ‘Operation Swift Retort‘ to its museum in Karachi. A whole galley has been dedicated to PAF’s successful air combat operation against India earlier this year in February.

On the other hand, the walls of the gallery also carry the photos of the intrepid PAF personnel who smartly executed a retaliatory ‘Operation Swift Retort’ against the Indian Air Force. Their national accolades were hung beside their pictures on the wall of the gallery.

Also, images were set up to explain how PAF struck Indian fighter pilots. A board besides the statue of Abhinandan has been displayed which narrates the incident of February 27th Wednesday. Hilariously, PAF has also framed the tweet of American comedian Jeremy Mclellan trolling the Indian Air Force following their botched airstrike against Pakistan.

Raymond Davis’s book ”The Contractor”: What’s behind the scenes?

How to make sure Baloch lives matter