Pak-Afghan border closures: It’s business that suffers the most! 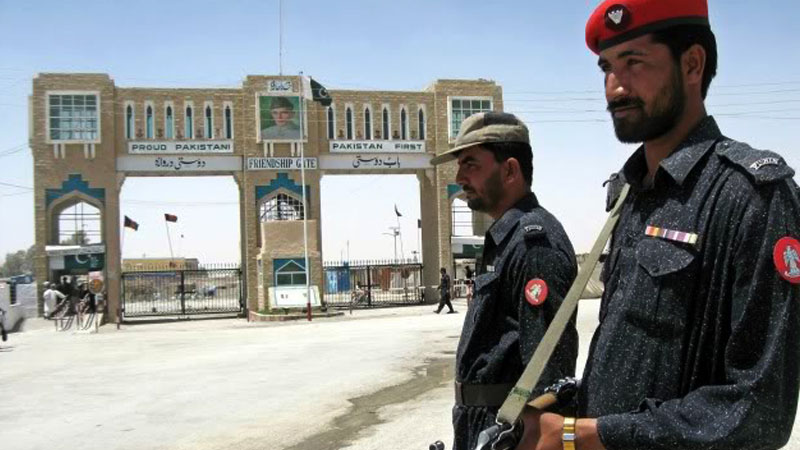 After 22 days, Pakistan reopened the Friendship Gate at Chaman border crossing on May 27 on “humanitarian grounds” coinciding with the Ramazan in Afghanistan. At least 12, including two FC personnel, five children, and three women were killed when Afghan forces attacked Pakistan civilian and military officials during a census enumeration in two villages on the Chaman border on May 5.

In June 2016, the border remained closed after a Pakistan Army Major and three others fell victim to the fire from across the Durand Line.

The cumulative 65-day closure at Chaman – between August 2016 and May 2017 alone – entailed a huge cost for traders and thousands of daily wage workers between Karachi and Kandahar.

In August 2016, Pakistan shut down the Spin Boldak and Chaman, border for nearly two weeks following protests and torching of the Pakistani flag at a rally on the Afghan side.

In February 2017, TTP/Jamaatul Ahrar attacks from their reported sanctuaries across the border enforced another closure for 32 days at Chaman and Torkham.

And in May this year, a deadly ambush by Afghan forces of Pakistani enumerators near Spin Boldak, Chaman cost as many as 15 Pakistan lives. It led to another closure of border for nearly 20 days.

This cumulative 65-day closure at Chaman – between August 2016 and May 2017 alone – entailed a huge cost for traders and thousands of daily wage workers between Karachi and Kandahar.

The daily average losses just to the truckers, traders, and government, according to officials come to at least $3 million. No surprise the bilateral trade with Afghanistan has been on the wane.

Zubair Motiwala, president of the Afghanistan-Pakistan Joint Chamber of Commerce and Industry, reckons that Pakistan-Afghanistan trade has dropped by nearly 40 percent in recent years since early 2016.

In a formal complaint on the suspension of traffic in February and March to the World Trade Organisation (WTO) 6 April, Dr. Suraya Dalil, Ambassador and Permanent Representative of Afghanistan to the UN Office at Geneva spoke of damages of up to $90 million to Afghan traders.

Afghan traders had voiced similar concerns in February and March, urging both governments to keep politics and trade separate as much as possible. This demand makes perfect sense because of:

The latest way of violence mounted by the Taliban i.e. Mansoori Operation and the ISIS-led terror campaign do reflect partially, if not entirely, the proxy war that Pakistan, Afghanistan, and India are caught in.

b) the humanitarian crisis that abrupt border closures entail such as preventing ailing Afghans from treatment in hospitals, or leaving family members stranded on either side of the border, students

d) the birth of countless anti-Pakistan stories that have gradually poisoned public perceptions which keep magnifying even smallest of Pakistan’s administrative measures such as border management.

As a whole, all these factors work to the disadvantage of both Afghanistan and Pakistan giving legitimate and perceived reasons for a hostile narrative and denying human and material cargo across the border.

But can these reasons trump or amend the security establishment’s argument on national security?

Given the burden of current geopolitics involving India, Afghanistan, and Pakistan, it is difficult to imagine human and cargo traffic could flow as usual despite soaring violence in Afghanistan and persistent tensions between the two countries because of their conflicting views on the situation and the different nature of their relations with India.

The big question begging a dispassionate answer is whether the cross-border movement can continue despite acrimonious positions on political issues?

And this translates into huge security costs for both Kabul and Islamabad. The latest way of violence mounted by the Taliban i.e. Mansoori Operation and the ISIS-led terror campaign do reflect partially, if not entirely, the proxy war that these three countries are caught in. Afghanistan remains at the receiving end; the Pakistani security establishment views it as the second fiddle to India, and often peddling and reflecting New Delhi’s narrative. Islamabad looks at this alliance – also endorsed by Washington – as a hostile ganging-up and the source of violence in Pakistan.

The former continues to look at the latter as the life-line to the Taliban insurgency in Afghanistan and hence considers it as the main contributor to the bloodshed there.

But the big question begging a dispassionate answer is whether the cross-border movement can continue despite acrimonious positions on political issues?

Theoretically, separating business from politics is certainly not impossible. Following in China’s footsteps, Pakistan too can chart a new path that keeps it connected with all the countries of the region, including Afghanistan even in worst political times.

As they pursue Kabul to moderate and rationalize its discourse vis-a-vis Pakistan and calls on Afghans to balance their expectations with hard ground realities, Islamabad needs to synergize and rationalize their actions vis-a-vis Afghanistan too. Kabul’s ruling elites have to carefully weigh as to what security costs their narrative on Pakistan will entail in a situation marked by huge shades of grays of geopolitics. It takes two to tango though.

Previous articlePakistan Govt. rethinking red lines over the military alliance after Saudi Summit
Next articleCorruption in the guise of development funds: Any accountability?

20 September 2021
Previous articlePakistan Govt. rethinking red lines over the military alliance after Saudi Summit
Next articleCorruption in the guise of development funds: Any accountability?

Why is Shahid Kapoor dissatisfied with “Padmavati trailer”?

Pakistan lives up to their ‘unpredictable’ tag with surprising England win

Pentagon hides data on how much Taliban controls in Afghanistan