Pak-China Armed Drone deal and its implications for the region 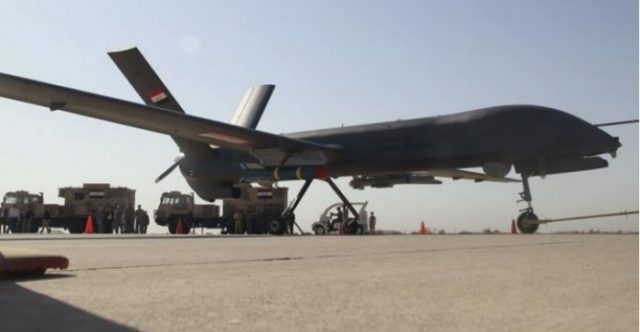 As per the reports, Pakistan is buying 48 advanced armed drones, Wing Loong II, from China in the biggest ever sale of armed drones for China. The reports were confirmed by Global Times the State-operated news outlet of China. Further details of the deal incorporating the total cost and delivery date were not shared in the report, however, in the future, the Pakistan Aeronautical Complex Kamra and the Aviation Industry Corporation of China’s Chengdu Aircraft Industrial (Group) Company will jointly manufacture the drones.

The Wing Loong II is an improved version of the Wing Loong 1 Unmanned Aerial Vehicle. Falling in the category of Medium Altitude Long Endurance, it is manufactured by the Chengdu Aircraft Industrial (Group) Company. The Wing Loong II can carry bombs and air-to-surface missiles. It can carry 480 kg of munitions. It can fly for around 20 hours and has a maximum speed of 370 km per hour. It is also integrated with day and infrared cameras and sensors to collect surveillance and targeting data.

The indigenous programs for the Research and Development of Unmanned Aerial Aircrafts in Pakistan are underway for almost a decade now which has culminated in the form of Shahpar and UQAB UAVs.

The UAV (Unmanned Aerial Vehicle) is remotely controlled from the mobile ground station. In comparison with the U.S Predator and Reaper drones, the Chinese Wing Loong II lags behind a great deal but due to the export embargo of armed drones which the U.S has placed on itself, China has found various customers for its product in the global market including Egypt, Uzbekistan and now Pakistan.

There is also a sharp contrast in the per unit prices of American and Chinese drones, where the latter is cheaper by a margin of nearly $2 million as compared to the former. India military experts are not quite concerned about the threats which the deal might have posed for Indian strategic advancement or objectives especially after the inking of the S-400 defense system deal. Most of the airspace in the active zones, such as LoC and hot sectors of the working boundary, is already under heavy surveillance for unwanted flying objects.

Apart from that India has Israeli made Heron armed drones already part of its fleet. The Heron UAV is reportedly capable of flying for over 24 hours at a time at altitudes around 32,000 feet. Israeli Aircraft Industry lists flight time as more than 40 hours and says that it has demonstrated 52 hours of continuous flight. It has a maximum range of about 3,000 km and can carry a maximum payload weighing 250 kg/ 550 lbs. As a large MALE (Medium Altitude, Long Endurance) UAV, it’s built to carry multiple payloads at a time for a variety of missions.

The Wing Loong II is an improved version of the Wing Loong 1 Unmanned Aerial Vehicle. Falling in the category of Medium Altitude Long Endurance, it is manufactured by the Chengdu Aircraft Industrial (Group) Company.

Choices include electro-optical and thermal surveillance equipment, SAR radars for ground surveillance, maritime patrol radars and sensors, signals and other intelligence collection antennas and equipment, laser designators, and even radio relays. Though it still serves and remains a viable option for reconnaissance over the arch-rival India, the active operation region for these drones will most likely be the western border which Pakistan shares with Iran and Afghanistan.

Particularly after the inception of mega project CPEC, there has been a debate about the aerial surveillance of the porous western border which poses a continuous threat for the multi-billion dollars project. Attempts have already been made to sabotage the project, revealed by the captured India Spy Kulbhushan Yadav. The fencing of the border is underway but because of the long-term impact of CPEC, an active aerial monitoring of the activity remains a necessity which the Wing Loong II drones are likely to fulfill.

The indigenous programs for the Research and Development of Unmanned Aerial Aircrafts in Pakistan are underway for almost a decade now which has culminated in the form of Shahpar and UQAB UAVs. Both these drones, in their domain, are effective for the reconnaissance purpose with Shahpar having a payload capacity of about 50 KG.

However, with a limited airborne tolerance of about 6 hours and a maximum range of nearly 250 KM, both the drones need further variants to reach the feat which is the need of the time. Therefore, Pakistan resorted to buying Chinese Wing Loong II drones with the additional clause of mutual development, ultimately helping the research in Pakistan in the long run.

Previous articlePakistan’s Bureaucracy: A legacy of British colonial era?
Next articleThe unplanned cities of Pakistan: A problem without solution

17 September 2021
Previous articlePakistan’s Bureaucracy: A legacy of British colonial era?
Next articleThe unplanned cities of Pakistan: A problem without solution

‘Muslim unity against US’: Rouhani’s call at desperate times

Kim set to make history as the leaders of both North and South Korea to meet on...