Federal Minister for Law, Farogh Naseem said that Pakistan cannot take the issue of occupied Kashmir to the International Court of Justice, unless both countries agree to fight the matter out in court. 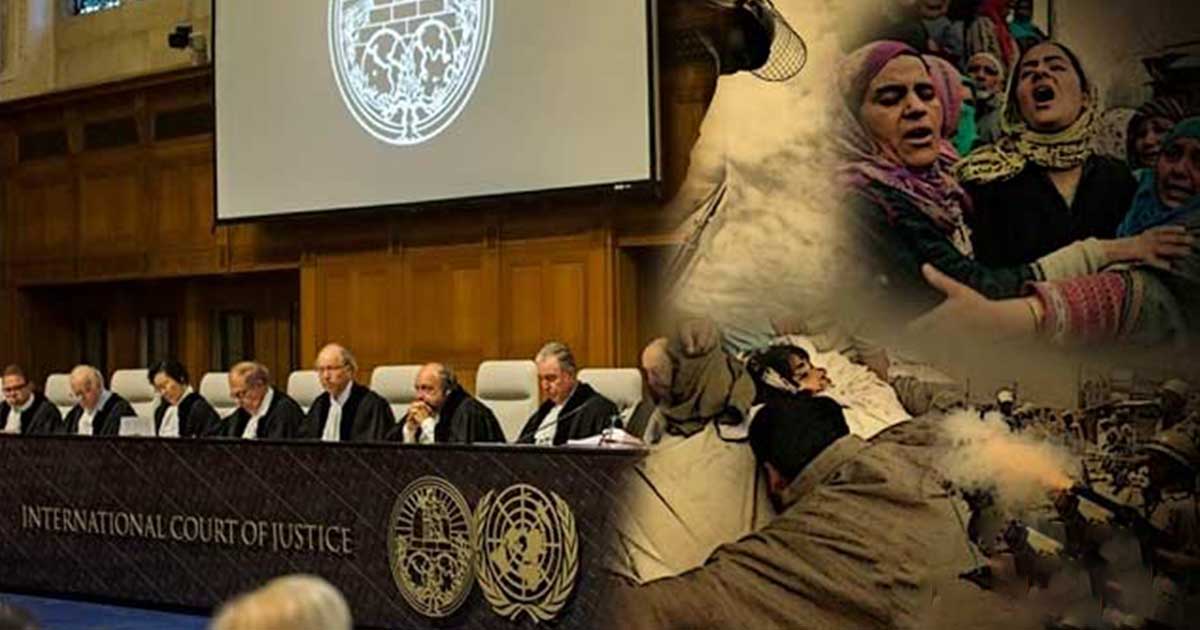 Federal Law Minister Farogh Naseem has said that the issue of occupied Kashmir cannot be addressed in the International Court of Justice (ICJ)-as the PTI-led government had initially planned-because Pakistan and India have not undertaken any agreement of this sort.

After New Delhi forcefully annexed the disputed Himalayan territory of Kashmir and stripped off its special constitutional status on 5th August, Prime Minister Imran Khan had hinted the possibility of addressing the issue at the ICJ.

While addressing senior newsmen at the Foreign Office, Foreign Minister Shah Mahmood Qureshi had also announced that Islamabad intends to take the issue of Kashmir to the ICJ. However, during the last few days, the government has been tight-lipped on the matter.

Speaking to Express Tribune, Federal Law Minister Farogh Naseem explained why Pakistan has not been able to take the matter to the ICJ, whether there are legal challenges, and how the Kashmir dispute can be resolved without the mediation of the United Nations (UN).

The ICJ is the main court of the United Nations. There is a convention, known as the Genocide Convention of 1948, and both India and Pakistan are signatories to this convention.

“A single party cannot go to the ICJ directly unless both the parties agree. However, the United Nations Security Council (UNSC) or the General Assembly (UNGA) can refer the issue to the IJC. And they can refer the case to the IJC as an issue of human rights violations,” Farogh Naseem said.

The Federal Minister for law observed that Pakistan does not have a legal basis to pursue the issue of Kashmir. “The way prime minister raised the issue has made the world support us,” he said.

Responding to a question on the political and legal options available to Islamabad, Farogh Naseem noted that United Nations also has political courts. He said that the issue will be highlighted in the UN Security Council and the UN General Assembly. Naseem said, “We hope that the amount of hard work put in by the ministries of law and foreign affairs will make it a success.”

Highlighting the strengths of Pakistan’s case against India, Naseem observed that there are multiple UNSC resolutions on the Kashmir dispute, which have been disregarded by New Delhi. He noted that India has committed unprecedented human rights violations, including the use of pellet guns, which has further strengthened Pakistan’s case.

The Federal Minister said, “We are just saying that Kashmiris should be given right to self-determination in accordance to the UN resolutions. India has been violating human rights in Kashmir for decades.”

Farogh Naseem observed that India is no longer a secular country, but in fact, it is the “India of the Rashtriya Swayamsevak Sangh (RSS)”. The Federal Minister said that the Modi administration’s unconstitutional decision is a “test case” for the Supreme Court of India, and its judgment will reveal the independence enjoyed by the Indian judiciary.

Speaking to the Tribune, Prime Minister Azad Kashmir Raja Farooq Haider Khan said that his government had decided to approach the ICJ, but that is not possible unless the other side is willing. Farooq Haider said, “Consultations are under way on this issue in the Kashmir committee. It is a sensitive issue and we would not act in haste.”

Earlier this month, Pakistan’s top lawyer Barrister Khawar Qureshi, who fought the Kulbhushan Jadhav case at the ICJ, had also observed that it will be extremely challenging for Islamabad to take the Kashmir issue to the ICJ.

Speaking to Dr. Moeed Pirzada on his primetime show on channel 92 News, Khawar Qureshi said that Pakistan can approach the ICJ under the Genocide Convention of 1948.

Qureshi said, “The ICJ is the main court of the United Nations. There is a convention, known as the Genocide Convention of 1948, and both India and Pakistan are signatories to this convention.”

Qureshi explained that the convention involves ICJ proceedings against a state that has committed genocide, a state that is on the verge of committing genocide, or has failed to prevent genocide. He said, “However, if Pakistan cannot validate these claims with evidence, it will be extremely challenging to take this case to the ICJ.”